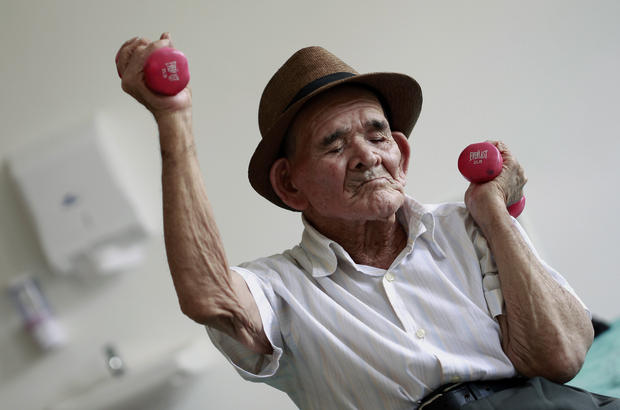 QCOSTARICA LIVING – There was a time most careers involved an apprenticeship of one sort another. Some official, others involving years of servitude, and others time simply spent watching and emulating those who knew.

Whatever the method, the goal in the end was to learn through a connection the things that one couldn’t find in books and in courses, the wisdom that could only be derived through experience.

And so it is no different with ageing.

The secrets to longevity don’t reside in an app or a Netflix series, they are held in the experiences of those who have successfully navigated the mysteries of ageing.

A National Geographic writer and explorer, Dan Buettner, studied long living populations around the world to identify the location of those who experienced the longest lives, and what they did to accomplish their health. He found five locations in the world that were home to the people who lived the longest and healthiest lives on the planet. They were: Loma Linda California; Sardinia, Italy; Okinawa, Japan; Nicoya, Costa Rica; and Ikaria, Greece. He called them the Blue Zones.

More: The “Oldest Man In The World” Could Be Living Right Here in Costa Rica

These may be disparate communities with little in common on the surface, but it was the similarities in their lives that added to their longevity.

Buettner identified nine traits that were common amongst each of these groups of long-living people. They are as follows:

More: People That Lived To Be 100 Had These 7 Things In Common

1. Moving naturally: Structured, regular exercise was not part of their routines, instead their lives were built around everyday physical activities: getting up and down, carrying, walking, lifting, bending. All the things that the body was designed to do; they continued to do regardless of the fact that they were older.

2. Purpose: Having a sense of purpose, a reason to get up every morning was integral to their ability to add years to their lives.

3. Down shifting: Stress leads to inflammation, inflammation to disease. Each of these communities has routines, which shed the stresses they accumulate before they impact their health.

4. 80% Rule: The Okinawans say “Hara hachi bu” before meals which is a reminder to stop eating when their stomachs are close to 80% full. Not only in meals but also in life, moderation was a key factor.

5. Plant slant: The cornerstone of most of these people’s diets? Beans. That and vegetables formed the core of their diets. Meat, usually pork was only consumed five times a month.

6. Wine @ 5: The majority of these folks are moderate drinkers, it is generally agreed that all things being equal, moderate drinkers tend to outlive non-drinkers, especially if they shared those drinks with friends.

7. Belong: Attending faith-based services four times per month – regardless of the denomination added years to their life expectancy.

8. Loved ones first: It was found that these centenarians put their families first. They kept ageing parents and grandparents close by, they were committed to life partners and spent time and energy with their children.

9. Right Tribe: These people collectively choose or were born into societies that supported healthy behaviors. While it is fortunate to be born into a community who focuses on doing the right things, it is also available to each of us as a choice.

While much is said about genetics and standards of living when discussing the art of ageing, the true test to living the lives we were meant to live lies in our choices. It is the things we control every day that make our lives what they are. Sure, tragedy and disease may strike any of us, but beyond that, each of us has the ability to lead a life that is stronger and longer than the actuaries predict. Each of us has the ability to choose our own destiny.

With files from Castanet.net

QCOSTARICA - The 5.7-magnitude tremor, felt at 5:27 pmon Thursday, occurred in a maritime zone with the potential for stronger earthquakes, explained Ivonne Arroyo,...
HQ