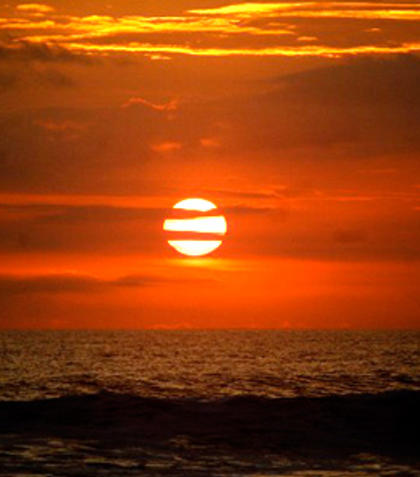 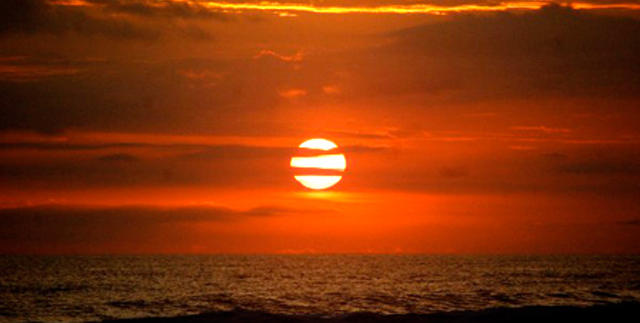 Costa Rica has two  distinct seasons,  dry and wet. Visitors are often confused with the terms low season and high season or  winter and summer, which are the same difference.

Besides the obvious, the change in weather pattern where during the high, dry or summer season most of Costa Rica sees little to no rain and downpours during the low, wet or winter, the distinction is made for economic reasons.

Since when the tourism industry figured out that when tourists are plenty, you can ask for more and tourists will pay, there has been a pricing difference between the seasons.

Although there may be a change in that model as the tourism industry struggles to survive changes, the practice continues. In fact one operator has gone even further, defining the seasons – purely for reasons of pricing – into four: Low, Mid, High and Peak.

Avis car rentals in Costa Rica breaks down the seasons and prices as follows: 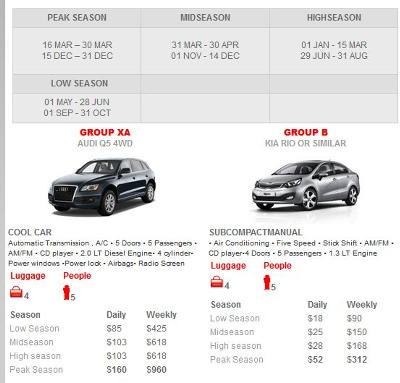 In this model (see table) prices in Peak can be triple of the Low. But, before you turn your back on Avis, all car rentals, hotels, tour operators, etc. have season pricing. It is a common practice in a country with tourism as its main industry.

If you are learning of this pricing practice for the first time, your alarm is understandable.  But, it doesn’t stop there.

Another pricing practice you show know about is “gringo” pricing, that is where a foreigner is asked to pay more just because they are a foreigner and for no added value or service. FYI, Gringo pricing is not seasonal, it is all year round.

And if you think that the “gringo” pricing is only by the private sector, visit a national park, for instance, and you will see signs clearly differentiating between nationals who are asked to ¢500 colones and foreigners who will have to ¢2.000 colones for the same access and/or services.  Nationals refers to any person in possession of a Costa Rican residency or citizenship “cedula”.


Charging foreigners a “special price” is based on a well known fact that all foreigners are rich and can afford to pay more for a product or service.

Traveling to Costa Rica means doing a little planning. If you can, avoid the High or Peak season periods. Travelling during the low, wet or winter period is not only lower prices, smaller lines and assured reservations at any hotel, a table at a restaurant and a spot on the best beach.

Editor’s note:
It has been brought to our attention that defining summer and winter as seasons in Costa Rica is confusing and “being ignorant and perpetuating ignorance based on the point that  ‘everyone one else’ says so.  Our reader wrote, “lets not promote ignorance but rather promote education.  The use of the term summer and winter in the proper context (considering we are north of the Equator) as used in your news letter will be a small step”.

To end the confusion and the ignorance, I offer the following from Wikipedia:

In its definition, winter is the coldest season of the year in temperate climates, between autumn and spring. At the winter solstice, the days are shortest and the nights are longest, with days lengthening as the season progresses after the solstice.

Summer is the warmest of the four temperate seasons, between spring and autumn. At the summer solstice, the days are longest and the nights are shortest, with day-length decreasing as the season progresses after the solstice. The date of the beginning of summer varies according to climate, culture, and tradition, but when it is summer in the Northern Hemisphere it is winter in the Southern Hemisphere, and vice-versa.

Temperatures in Costa Rica also do not vary much from wet to dry. The average daily and night temperature varies according to region, but typically stays within a few degrees (both day and night) all year round.

The low and high and summer and winter are marketing buzz words by the tourism industry.

QCOSTARICA - All viruses change over time. SARS-CoV-2 has...
Taxes