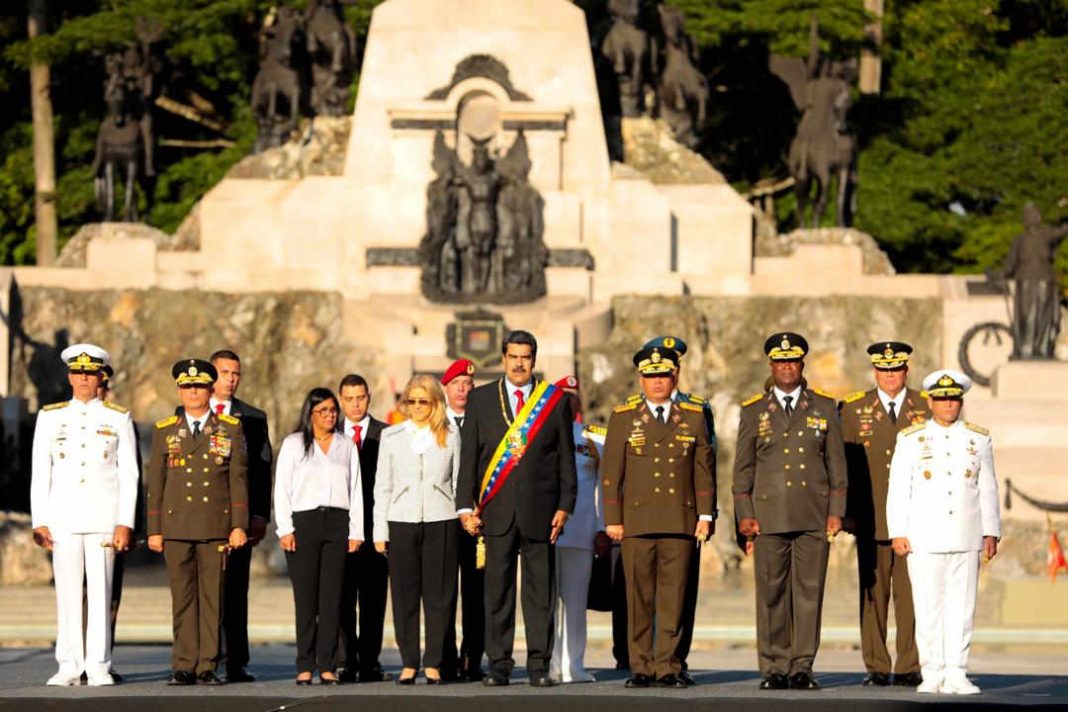 A fearful Nicolás Maduro fled to the military parade that takes place every year as part of the commemoration of the Battle of Carabobo. On the Day of the Venezuelan Army, he attended a small military parade and announced that he will continue to arm civilians. 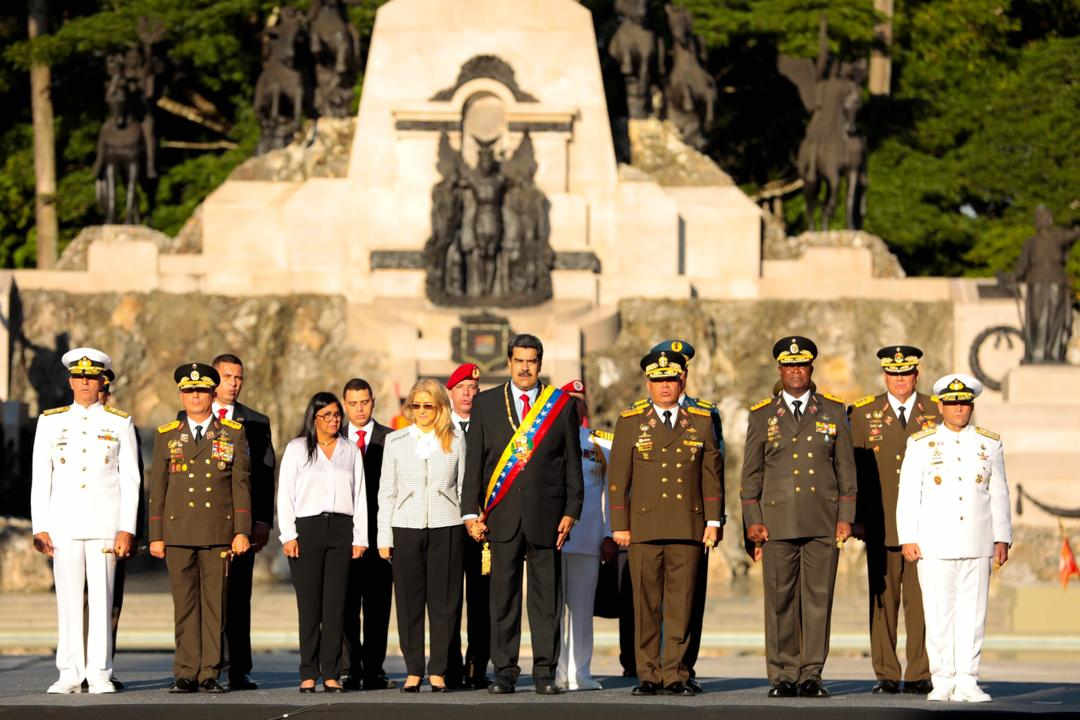 Maduro appeared in the early morning hours on Monday, June 24, in the Carabobo camp accompanied by top regime figures.

Although it is the commemoration of the Day of the Army, the dictator made news by announcing that by 2021 Venezuela will have four million armed militiamen (Chavista paramilitaries), who will respond to the so-called “Bolivarian Revolution.”

At the celebration of the Battle of Carabobo, Maduro stood on a podium very far from the soldiers, and was accompanied by only three generals.

Jesús Enrique Rosas, body language consultant, made a detailed analysis of Nicolás Maduro’s attitude during the military parade, where he perceived that the dictator was terrified.

Since Hugo Chávez and Maduro came to power, Chavez has been accustomed to military parades with the presence of thousands of soldiers. However, this is the first time that a celebration of such an important occasion has been as low profile.

Although there is no official information in this regard, there are three fundamental factors that may have influenced the regime’s decision to forgo the usual festivities: a previous drone attack at another parade, a letter from the US Southern Command to the Venezuelan military, and an increase in arrests of officials of the Armed Forces.

On August 4, 2018, during an act for commemorating 81 years since the creation of the Bolivarian National Guard (GNB), there were at least two explosions while Maduro gave a speech on Avenida Bolivar in Caracas. Subsequently, it was stated that it had been a drone attack. This served as an excuse for the dictatorship to make a series of arrests of opposition leaders. Maduro could be avoiding this type of events, because there is a strong discontent within the Armed Forces.

In addition to this, on Monday, June 24, Admiral Craig Faller, head of the US Southern Command, issued a message to the Venezuelan Armed Forces to work “together” despite the differences.

“The Armed Forces have an essential role in the future of Venezuela and in restoring the hope and security of its people,” he said.

“I know that now there are many differences that divide us,” the admiral acknowledged, “but we have something in common that transcends language, ideology, and origin: we are part of a specialized profession, we are firm defenders of our nations and protectors of our people,” Faller added.

Another reason why Maduro may have wanted to avoid a parade is because of a possible military uprising, or even an attack. This, in the wake of an increase in arbitrary arrests of officials of the Armed Forces in the last hours.

Intelligence agents of the Chavista dictatorship captured six uniformed officers between last Friday and Saturday, according to their families.

The captures, according to messages from relatives and human rights defenders, took place in Caracas, as well as in two locations near the capital of Venezuela. There are also allegations about the arrest of two other soldiers, which were also carried out on Friday, raising to six the total number of officers whose whereabouts are unknown.

After Operation Libertad, led on April 30 by interim president Juan Guaidó (whose organization also included the Defense Minister of the dictatorship, Vladimir Padrino López, who is alleged to have backed out at the last moment), the number of soldiers detained in Venezuela by the dictatorship of Maduro increased. Among them there are several generals of the Army and the National Guard.