Mae, Who Put That There? Costa Rica’s “Efficient” (Not) Roads Planning 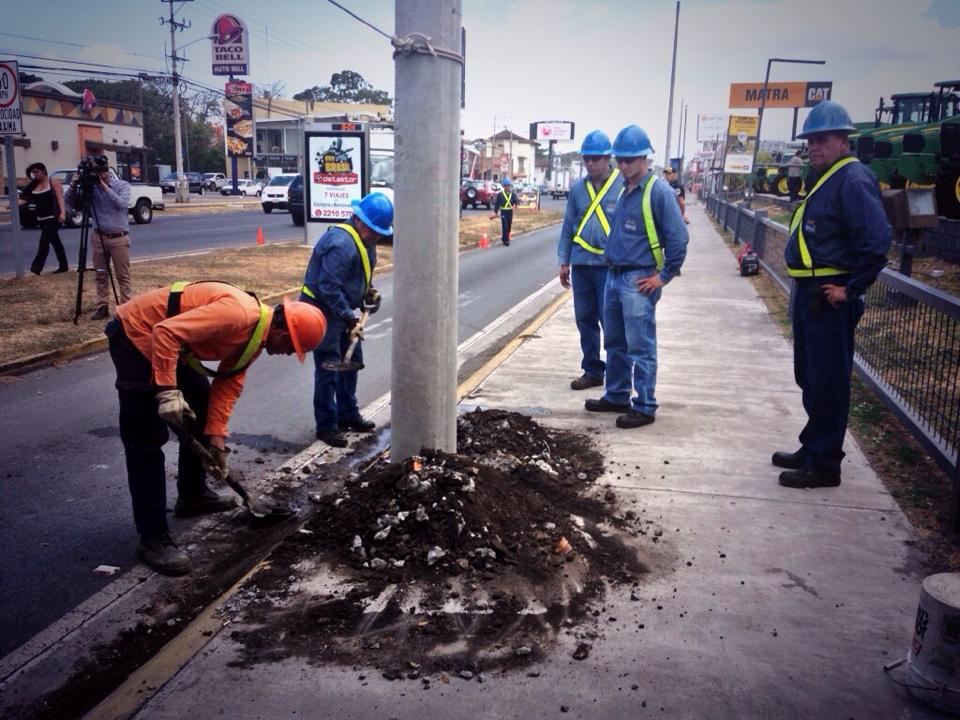 The photo is an example  of the result of the often “disorganization” between institutions, where officials of the ministry of Transport and state institution ICE and CNFL (light and power) and the municipality cannot co-ordinate their efforts in a project.

The photo was taken in Lindora, Santa Ana and posted on the Casa Presidencial Facebook page promoting the “expansion” of the road that is daily congested due to, you guessed, bad planning.