Celebrating his 65th in Costa Rica, John Anderson plummeted 30 meters (100ft) to his death while rappelling from a rainforest treetop restaurant at the Pacuare Lodge over the weekend. 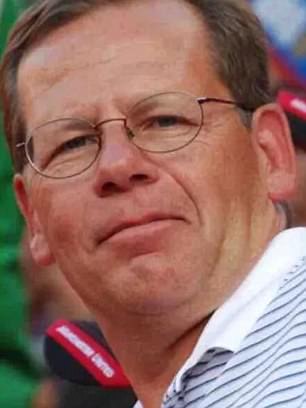 According to friends and his business partner, Anderson, former CEO of shopping mall operator and a father of four, was partaking in a unique dining experience at a popular eco-lodge on Saturday where guests zipline onto a platform 18 meters (60 feet) in the air to eat dinner and then rappel down to ground level. It was while rappelling that Anderson fell to his death.

‘He wasn’t on a rappelling adventure, he was just getting back to the ground from the tree’, his business partner James Ryan Jr., at Ryco Management told the Democrat and Chronicle.

Ryan added: ‘There’s a safety system but for whatever reason, it didn’t work.’

The dining platform for four people is located in a ceiba (SAY-ba) tree, a majestic rainforest tree with massive limbs and umbrella-shaped canopy, according to the Pacuare Lodge’s website.

A native of the New York/Long Island area, Anderson graduated from the State University College at Brockport where he studied teaching. He later earned his Masters in Business Administration from the University of Rochester and worked in banking in New York City.

He was well liked and respected within his business community, Ryan told the Democrat and Chronicle.

“John was really well respected,’’ Ryan said. “In many ways, he was private and not a person that everybody knew in that sense as a business leader. But he was an incredibly reliable partner and trustworthy. Just a very honorable person, especially in his business relationships.’’ Ryan said Anderson was devoted to his children: Casey, Wes, Peter and Michael. He is also survived by a sister, two brothers, and many nieces and nephews. Funeral arrangements are pending.

Waterfalls and hiking are synonymous with adventure-seekers in Costa Rica. There...
Read more