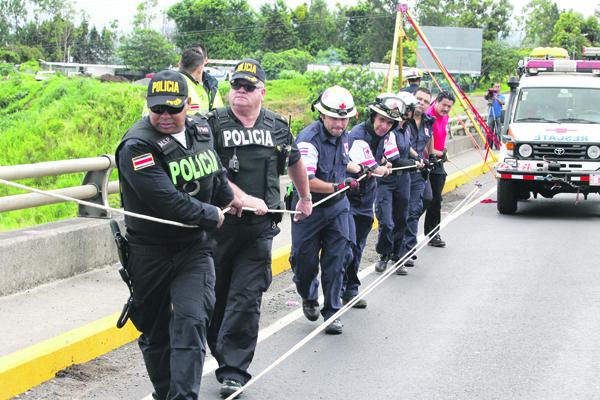 Bridge over the Virilla river, better known as the “Saprissa bridge”, has served as a springboard for the death of three men who decided jump over the edge this month alone.

The latest victim of a suicide is 26 year old Adrián Corrales León, of El Carmen, Goicoechea, who around 6pm Sunday, after finshing his work day, plunged off the bridge into the river below.

Rescue workers battled the darkness of night, strong winds and rain that fell in Tibás Sunday, searching for two hours before coming up empty handed. The search resumed at dailylight Monday, when after three hours they found the body of the waiter, that had traveled some 50 metres from the jump location.

Authorities are not clear on the motive that led Corrales to take his life, nor of the other two me who jumped from the same spot on the bridge. Theories include financial problems or problems in love.