Through an alliance with the US Geological Survey, the government of Costa Rica will be carrying out an assessment of aquifers nationwide. 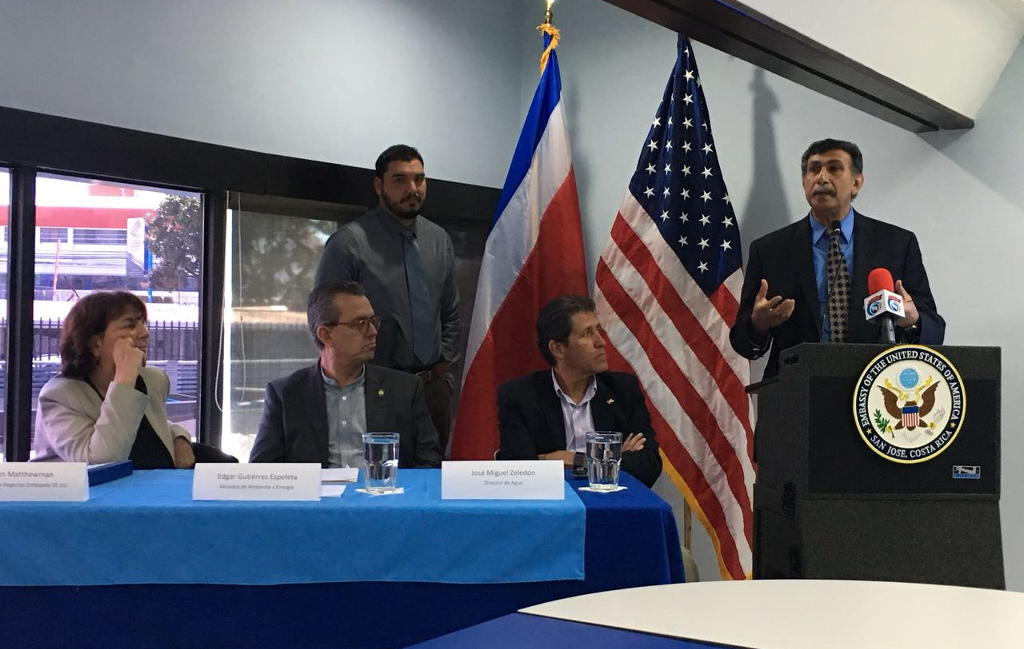 The aim of the evaluation is to obtain images of the aquifers to obtain information on the characteristics of the surface, infrastructure, rocks and vegetation.

Crhoy.com reports that “… ‘The authorities stated that this new technology will save time and money for the country because it will improve the success rate of drilling instead of continuing based on obsolete data or drilling by trial and error. ‘It is difficult to manage resources, if you do not have knowledge [of them] … We need to know what we have in order to manage it well,” said the Minister of Environment and Energy, Edgar Gutiérrez.”

“… For his part, José Miguel Zeledón, Water Director at the MINAE, said that the project will consist of four stages. In the first, the WATEX tool will be used; in the second, a hydrogeological evaluation will be carried out. The third stage will consist in the optimization of the use of the resource in a sustainable way and finally, in the fourth stage, a transfer of technologies will be done.”

Costa Rica is divided into three major drainage basins encompassing 34 watersheds with numerous rivers and tributaries, one major lake used for hydroelectric generation, and two major aquifers that serve to store 90% of the municipal, industrial, and agricultural water supply needs of Costa Rica.

Agriculture is the largest water user demanding around 53% of total supplies while the sector contributes 6.5% to the Costa Rica GDP. About a fifth of land under cultivation is being irrigated by surface water. Hydroelectric power generation makes up a significant portion of electricity usage in Costa Rica and much of this comes from the Arenal dam.