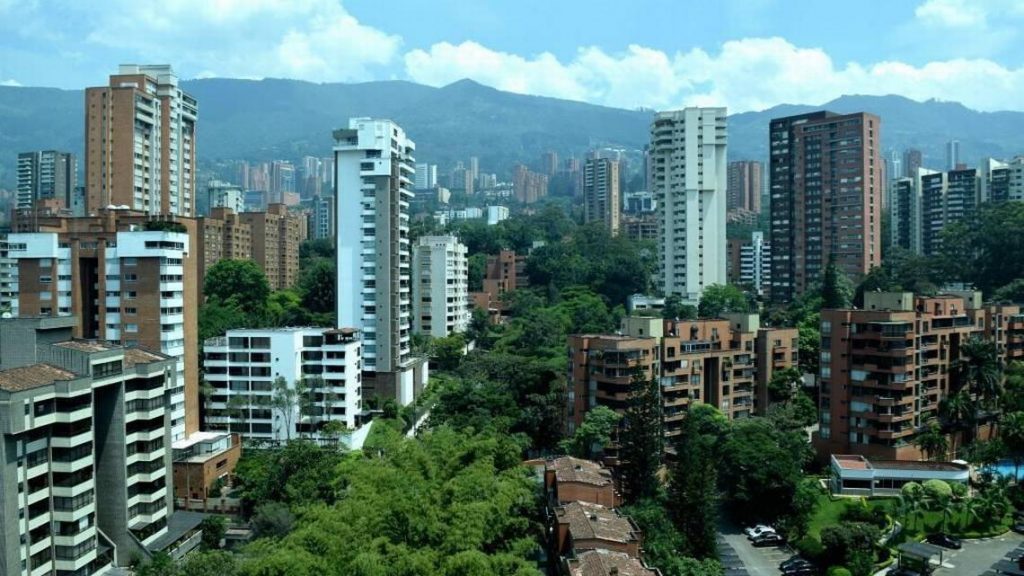 As she sipped a cappuccino in a buzzing café on a tree-lined street in Medellin, Cindy Crawford Thomas said that escaping South Florida to retire in what was once the world’s most notorious city seemed like a no-brainer.

“Deciding to leave Florida was easy,” said the former Coral Springs high school teacher. “It was too hectic. … You seldom knew your neighbors. It was all these people but no community.”

In Medellin — once the home of Pablo Escobar and the world’s bloodiest drug cartel — Thomas and her husband, David, say they’ve found a friendly, cosmopolitan city where rent is cheap, the weather is fine and the healthcare puts the U.S. to shame.

And in many ways, they say, they feel safer here than back home in Florida.

“People still think that Medellin is the murder capital of the world,” she said, “but it’s not.”

The couple are part of a growing wave of adventurous expat retirees who are calling Colombia’s second city their new home.

In 2017, the U.S. Social Security Administration sent 6,704 retirement checks to Colombia — an 85 percent increase compared to 2010 and more checks than are sent to any other country in Latin America or the Caribbean except Mexico, according to preliminary data.

While that figure doesn’t tell the whole story — it excludes those who are retired but too young to receive Social Security and those who have their checks deposited in U.S. bank accounts — it does provide a window into the country’s growing popularity.

And Medellin, in particular, has been getting glowing reviews in the retirement press and has been prominently featured in television shows like House Hunters International.

For decades the city was a no-go zone, rattled by car bombs and hit squads as Pablo Escobar and the Medellin Cartel used it as their headquarters. During parts of the 1990s, the city had the highest murder rate in the world, peaking in 1995 at 225 homicides per 100,000 residents.

And while that bloody reputation persists, Medellin now has a homicide rate of about 20 per 100,000 residents — far below places like St. Louis, Baltimore, New Orleans and Detroit.

And as safety has increased, tourists and retirees have responded, said Juliana Cardona Quiros, the city’s undersecretary of tourism.

Medellin saw more than 735,000 foreign visitors in 2017, up 5 percent from the previous year. And it’s not just the MacBook-toting millennials who are cramming the cafes.

“Older people are also seeing a lot of potential in Medellin,” Cardona said “They like our spring-like climate, the public transportation and the mix of nature and an urban setting.”

Even so, popular television shows likeNetflix’s “Narcos” and Colombia’s “El Patron del Mal,” or “The Drug Lord,” which revel in the city’s blood-soaked past, are hard on the city’s reputation.

When Nancy Kiernan and her husband began thinking about retiring in Latin America several years ago, she remembers meeting a man who was raving about Medellin.

“We smiled politely,” she recalls, “and I said to myself, ‘This guy is an idiot. Why would anyone want to go there?’ ”

Kiernan, a 59-year-old healthcare executive from Maine, said that when she moved here almost six years ago, she rarely met expats her age. But now that the city is being highlighted in retirement journals, it’s not only attracting people from the United States but also those who had already set up homes in places like Ecuador and Panama.

“There are parts of the city where you can’t spit without hitting a gringo,” she said.

The Thomases moved to Medellin six weeks ago from Boquete, a town of about 25,000 in northern Panama, where they lived for five years.

Boquete had wonderful weather and small-town charm, but they eventually outgrew it, said David Thomas, 68, noting that it’s the sort of place where the opening of a new restaurant would be the talk of the town for weeks.

“I just got so bored,” Cindy Thomas recalled. “So I said ‘Why don’t we check out Medellin.’ ”

Here they found a three-bedroom, 4 1/2-bath apartment that they share with their three dogs and three cats for about $1,400 a month. They say their total monthly expenses — along with gym memberships and frequent dining out — are “well under $3,000.”

Kiernan said most people will find they can live comfortably for less than $2,000 a month.

“It’s not the cheapest place you can live in Colombia, but there’s a balance,” she said, as she sipped tangerine juice at a gleaming shopping center crammed with international brands. “The weather is great, it’s cosmopolitan, you can drink the water and the utilities don’t go out every time the wind blows.”

Along with having an international airport that gives Medellin quick access to the U.S. Eastern Seaboard, the city also has world class healthcare.

A 2017 survey by América Economia magazine found the city had seven of the top 49 hospitals in Latin America. And a World Health Organization report from 2000 found Colombia ranked 22nd out of 190 countries in terms of its health facilities — above the United States, which ranked 37th, and Canada at 33rd.

Permanent residents here can buy into the state-run healthcare system, which can be as cheap as $30 a month. David Thomas said a friend of the couple’s with a local health plan recently had to be rushed to the hospital for a heart attack. His total out-of-pocket expense: $14.

Another U.S. couple visiting from Panama got a $30 house call from a doctor for a possible broken leg.

“They weren’t seeing Medellin very positively until the doctor showed up,” David Thomas said. “After that, they said they would consider moving here just because it was the best medical care they had ever seen.”

Despite all the hype around Medellin, it’s not the solution for everyone, said Brad Hinkelman, the founder of Casacol, a property development company that caters to investors and retirees looking for a second home or investment property in the city.

He blames the press for setting unrealistic expectations about Medellin, alternately portraying it as a lethal drug den or “the Paris of Latin America.”

“We have people who come to our office who are not suited for living here,” he said. “They think they are going to live off of their Social Security and live in the Taj Mahal, and we have to kind of bring them down.”

And broader problems do persist in Colombia. The nation remains the world’s top cocaine producer, the government is still fighting leftist guerrillas, and political assassinations are alarmingly commonplace.

Even so, the influential retiree publication, International Living, ranked Colombia No. 6 in its best places to retire for 2018.

“One of the things that keeps us from the top of that list is that we’re still an emerging destination,” said Kiernan, who writes for the publication. The density of expats isn’t such that retirees can get by on their English alone — most need to speak at least some Spanish — and there aren’t many services specifically directed at the expat crowd.

The Thomases used to teach at J.P. Taravella High School in Broward County, about five miles from Marjory Stoneman Douglas High, where 17 students and educators were killed last month in a mass shooting. And David’s mother had once been a resident at the nursing home in Hollywood, where 12 people died in 2017 after Hurricane Irma knocked out the power.

It’s events like those that help put the rest of the world into perspective and can make even infamous cities like Medellin seem safe.

“I don’t see us moving back to Florida ever,” Cindy Thomas said. However, the couple has been intrigued about living in Peru, or perhaps Spain and Portugal.

“The world is open,” she said. “There’s no sense in staying in one place.”