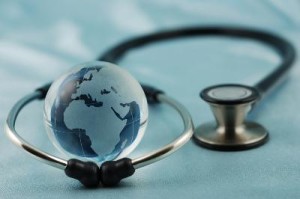 Tourism remains an important source of income for Costa Rica. And one sector that is growing at a fast pace is, medical tourism.

In 2011, Costa Rica saw around 48.000 tourists who came for some type of medical treatment, investing some US$338 million collars.

The majority of tourists coming to country for medical purposes are from the United States and Canada. Denstistry, orthopedics, plastic surgery and preventive medicine are some of the services sought out by foreigners. The major factor for the increase in medical tourism is cost. A treatment in Costa Rica can be half of the same treatment up north.

To boost medical tourism, Costa Rica is hosting a medical conference between April 24 and 26 at the Marriot hotel in Playa Herradura.

The objective is to increase the number of tourists to 100.000 in 2014, whose principal reason for travelling to Costa Rica is medical services.

QCOSTARICA - Drivers who were sanctioned for violating the...
Uruguay