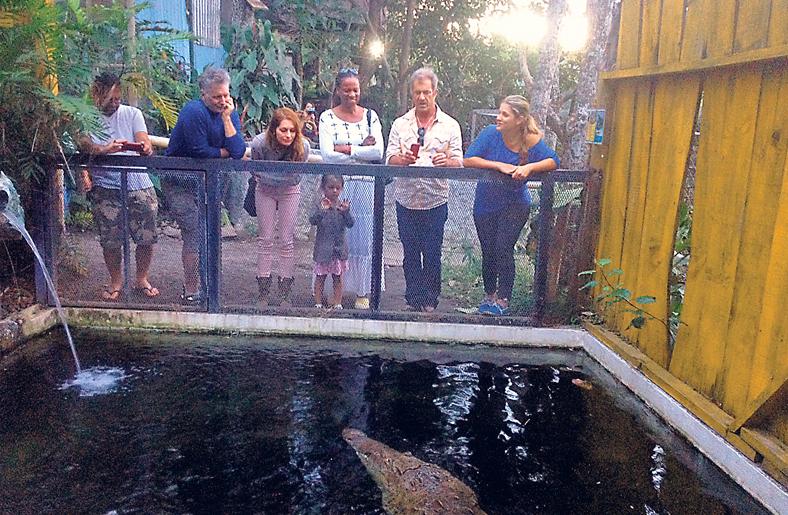 According to Costa Rica’s Migración y Extranjería (immigration service), the Australian arrived in the early hours of December 30 at the Juan Santamaria (San Jose airport) and headed to his home in Playa Barrigona, Mailpais, a 500 acres of privately owned jungle in a remote area of Costa Rica’s lush Nicoya Peninsula valued according to the Wall Street Journal at US$29.8 million dollars.

On this visit, the hollywood star and five others took in the Refugio Herpetológico de Santa Ana, located in Alto de las Palomas, Santa Ana. Rodolfo Vargas, biologist and founder of the refugio, confirmed the Gibson visit. Vargas told La Nacion, ‘it;s curious, we first received a phone call asking if there were many people in the park, then we ran into Gibson, by surprise. We didn’t know he was coming, we were awestruck”.

Alis Bocacchia, the guide for the Gibson visit to the refugio, said, “I thought he was more fussy for being famous, but nothing to do, very nice people. He liked the idea that here we rescue animals, rehabilitate and reintegrate them. The whole conversation was in English. He said he loves the country”.

- Advertisement -
Paying the bills
Previous article5 Reasons Why Costa Rica Rocks for People, Animals, and the Planet
Next articleSand or Snow?

QCOSTARICA - The vehicle restriction of odds and evens...
Nicaragua