Meteorite Falls Near Border Between Costa Rica and Panama 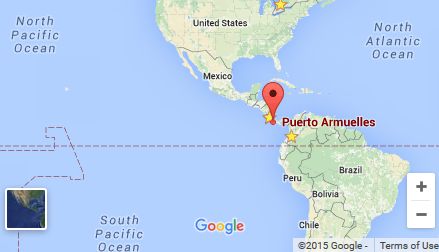 “The rock fell into the Pacific Ocean, on the border between Panama and Costa Rica, near the Isla Baldones and the town of Puerto Armuelles (Chiriquí),” explained the director of Panama’s Sistema Nacional de Protección Civil (Sinaproc), Jose Donderis.

The falling meteorite was spotted by fishing vessel, reporting it to the Sinaproc.

This is the first meteorite to fall in Panama since 2007, when another fell on the town of Farallón, 120 kilometres west of the Panama City, destroying a ranch.