TODAY NICARAGUA NEWS – Managua: A mysterious late-night blast in the Nicaraguan capital of Managua that left a crater 12 metres wide was most likely caused by a meteorite, government scientists say. 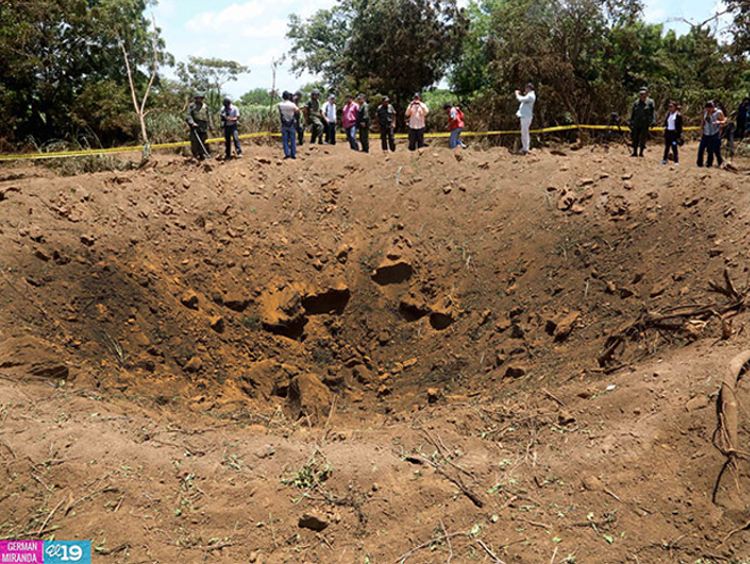 The loud explosion occurred around 11:05 pm on Saturday on the outskirts of Managua near the airport, Wilfried Strauch from the Nicaraguan Institute of Earth Studies (Ineter) said. No one was injured.

Strauch said that Nicaragua is asking the United States for expert help to investigate the event, which was picked up by seismic sensors.

“All the evidence that we’ve confirmed on-site corresponds exactly with a meteorite and not with any other type of event,” said Jose Millan, also from Ineter.

“Firstly, we have the seismic register which coincides with the time of impact, and the typical characteristic that it produces a cone in the place of impact.”

Strauch said they had not been able to determine the composition of the supposed meteorite as they were not sure whether it had disintegrated on hitting ground or if it remained buried.

“We need to celebrate the fact that it fell in an area where, thank God, it didn’t cause any danger to the population,” Millan said.

Nicaragua has more than 20 volcanoes and is regularly shaken by earthquakes, so many locals initially thought a quake caused the loud bang.