A bridge in the Mexican capital has collapsed. A metro train was passing over at the time. 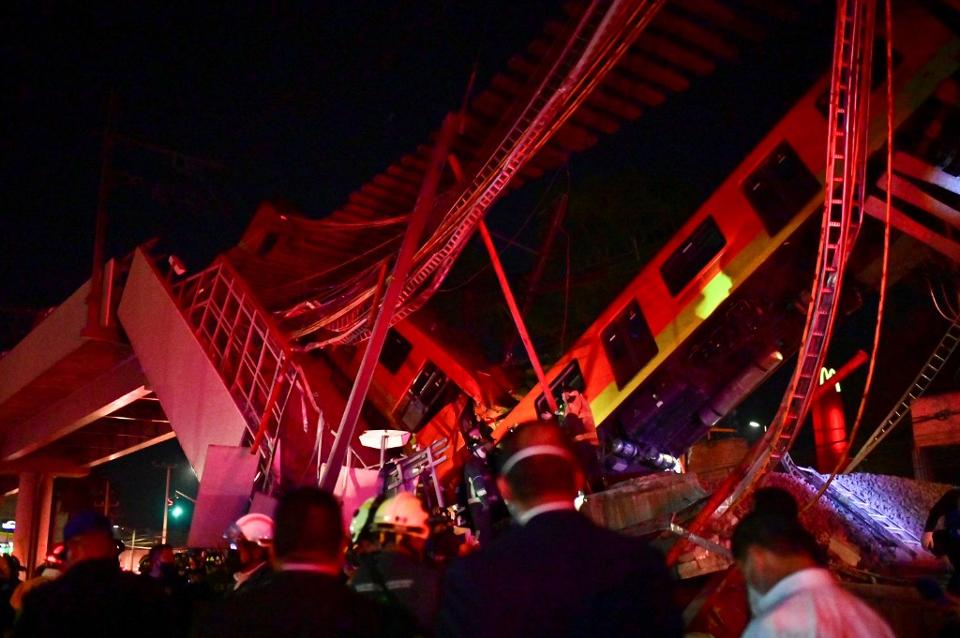 Q24N – An elevated section of metro track in Mexico City partially collapsed on Monday night, bringing down rubble and some train carriages onto the road below. 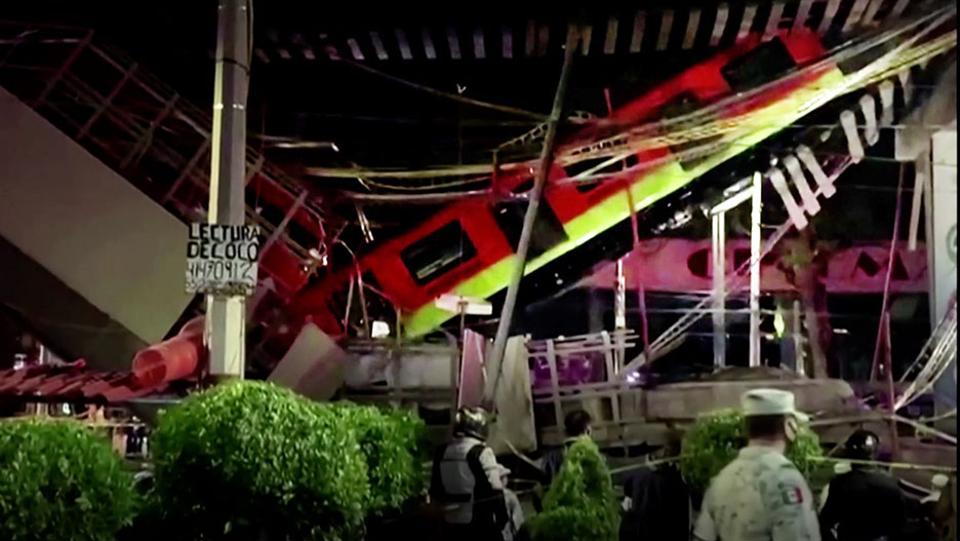 At least 23 people died in the incident and 70 more were injured. Of the injured, 49 were taken to several nearby hospitals for treatment — some in serious condition. There were also children among the fatalities, the city’s mayor told reporters.

Authorities said that cars were trapped under the rubble. The elevated track was around 5 meters (16 feet) above the ground.

Mayor Claudia Sheinbaum, who traveled to the scene, wrote on Twitter that “firefighters, public safety personnel are working. Various hospitals attending. We will give more information shortly.”

How did the accident happen? 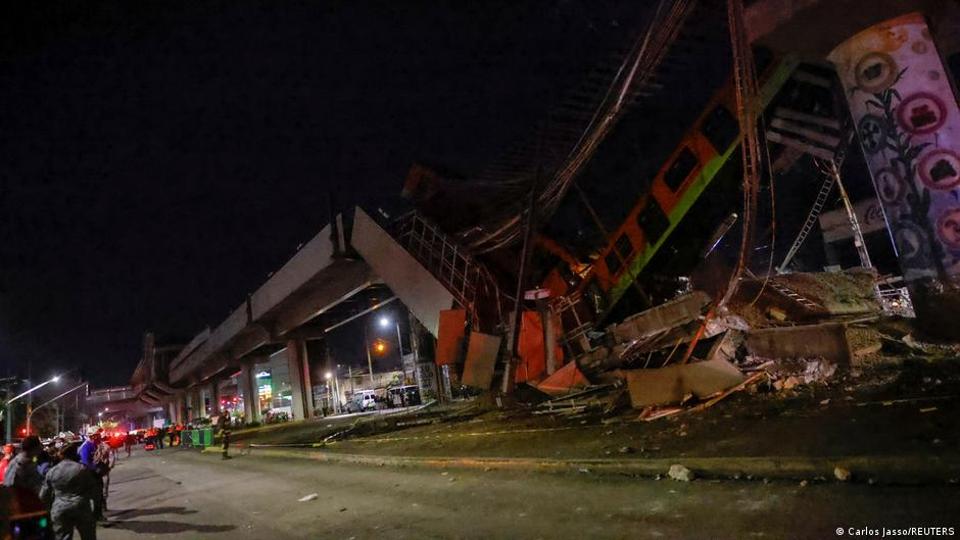 Rescue efforts were temporarily suspended until a crane was brought in. The partially hanging train was “very weak,” Sheinbaum said. People were still trapped inside, but it was not clear if they were alive.

CCTV footage showed a bridge collapsing onto a busy road full of cars.

The accident occurred as the metro train was traveling between the stations of Olivos and Tezonco, in the south of the city.

One survivor spoke to the Mexican newspaper El Universal, saying “there were many people standing and sitting in the carriage and when the train came down, we went flying and hit the ceiling.”

The victims were stuck inside the carriage for around 15 minutes before one passenger was able to break a window to escape, the survivor explained. 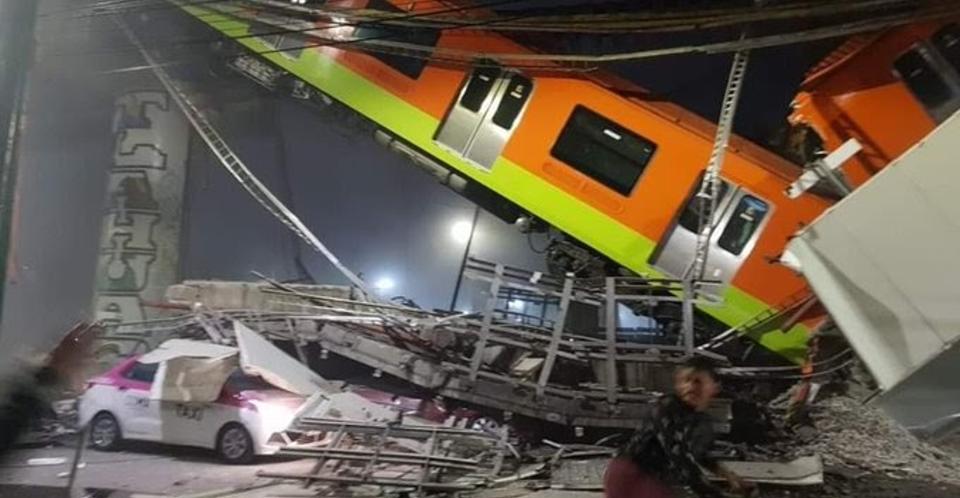 The accident happened on the city’s Line 12, the construction of which has been the subject of numerous complaints and accusations of irregularities. It is the newest of the capital’s 12 metro lines, opening for the first time in 2012.

Mexico’s current Foreign Minister Marcelo Ebrard was mayor of the capital when Line 12 was constructed. He responded to the news on Twitter.

“What happened today with the Metro is a terrible tragedy. My solidarity with the victims and their families,” Ebrard said.

“Of course, the causes must be investigated and responsibilities defined. I reiterate I am at the disposal of authorities to help in whatever is necessary,” he added.

Mexico City Metro is one of the largest and busiest metro train networks in the world. In recent years, it has seen two major accidents. A collision in Tacubaya station last year left one person dead and 41 injured while another collision in 2015 at the Oceania station injured 12 people.

“A thorough investigation will be carried out … to know the truth,” Lopez Obrador said at his daily news conference, “from that the responsibility will be established.”

Foreign Minister Ebrard said he would cooperate with the investigation into the “terrible” accident.

Current Mayor Sheinbaum said it was too early to assign blame. 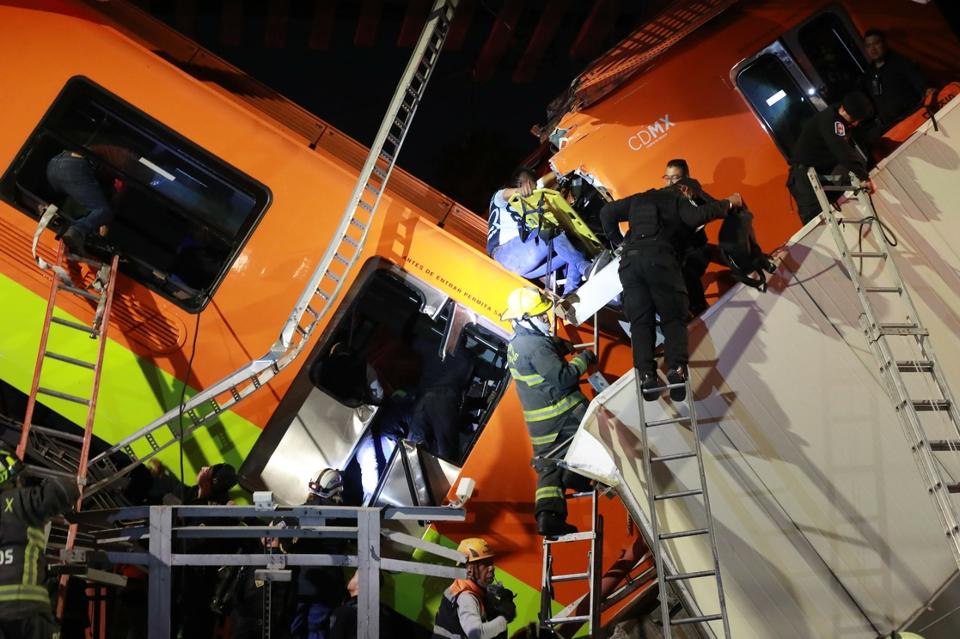 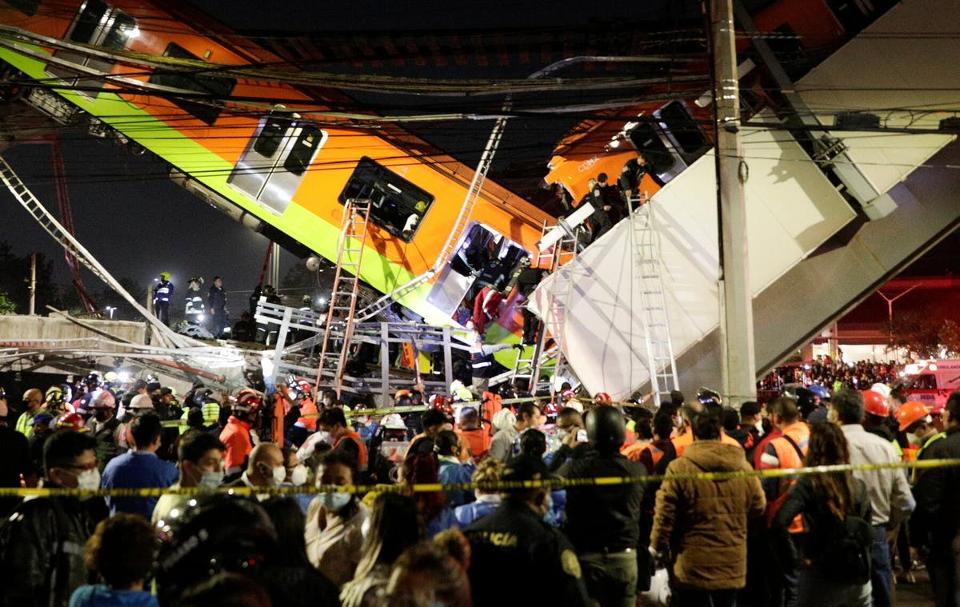 How To Optimizer Your Business’s Payment Process Easy

The point of sale is one of the most...
Politics