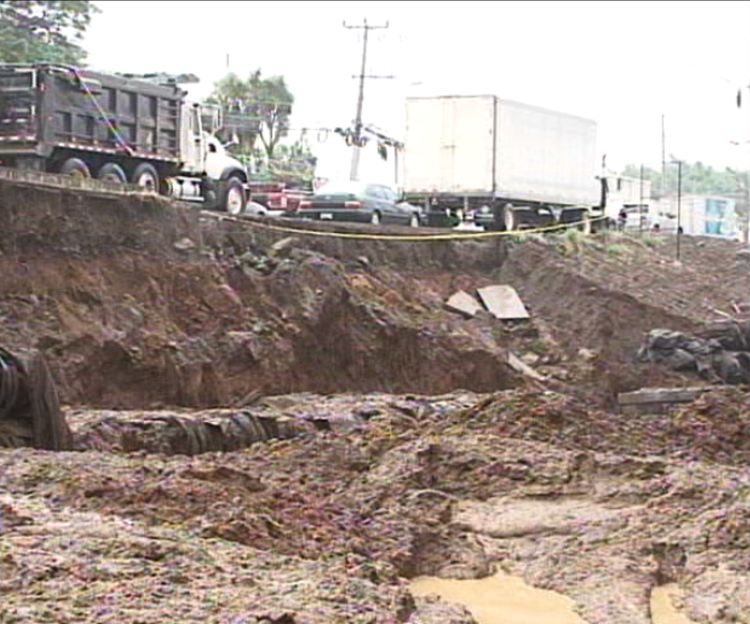 Although the rainy season doesn’t officially start for another week or so, the heavy rains common during the transition period has begun to threaten the country’s road network. And will only get worse. 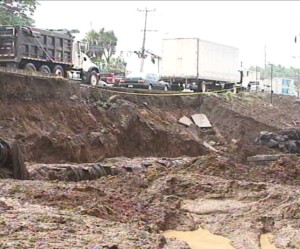 On Monday, a 110 metre (400 foot) section of a retaining wall on the road between the autopista General Cañas to Barreal de Heredia, at the rear of the Plaza Cariari, gave way.

The retaining wall had been built up of used tires.

The Ministerio de Obras Publicas y Transportes (MOPT) and the owners of the Real Cariari plaza have mutually accepted the responsibility to ensure there is no further damage.

MOPT officials say that, because the retaining wall is on private property, they cannot act unless the public road itself is threatened, which is not the case at the moment.

Traffic between Belén and Barreal is open and for now there is little effect on traffic through the area.

A dark, ominous cloud hovered over San José Monday afternoon, when are round 2:30pm a downpour came down over most the city. Traffic was a nigthmare. The rutas 27 from Santa Ana to Escazú and the Circunvalacion from Hatillos to La Uruca were totally collapsed under the volume of traffic. Traffic in some areas slowed to a crawl as sewers backed up, with water accumulating on the road.