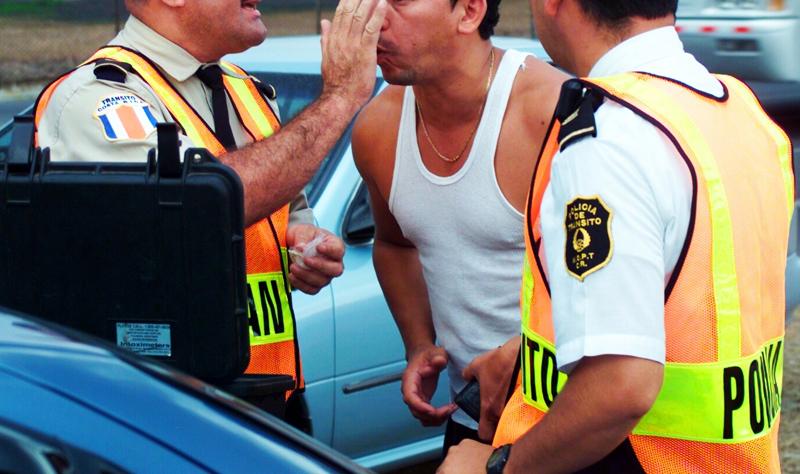 QCOSTARICA – The Ministerio de Obras Públicas y Transportes (MOPT) announced Friday it will be purchasing 4.000 saliva tests it will use starting in August, to measure the blood alcohol level of drivers.

According to the MOPT, the devices will replace blood tests to verify the alcohol level of drivers who test positive of the roadside breathalyzer.

Blood tests will be available only to drivers who request it, said Mario Calderon, director of the Policia de Transito (traffic police).

Currently, blood tests are done at Caja (Caja Costarricense de Seguro Social – CCSS) hospitals and clinics, at a cost of ¢38.000 colones per.

The Ley de Transito (Traffic Law) says the traffic police must have their own laboratories for testing.

The purchase of mobile equipment for blood tests and the hiring of microbiologists to operate the units, would cost the MOPT about ¢840 million colones. In contract, the investment in the saliva test kits is ¢14 million colones, making the most cost effective solution, according to Deputy Minister of Transport, Sebastian Urbina.

“The Colegio de Microbiólogos (College of Microbiologists) has endorsed it and the tests will be performed by the transitos (traffic officials),” said Urbina.

Another factor pointed by Urbina is the hours between a breathalyzer result and a blood test, that can affect “the outcome”.

Each year, about 2.5oo blood tests are run. The 4.000 devices the MOPT will be purchasing have a shelf life of 2 years.