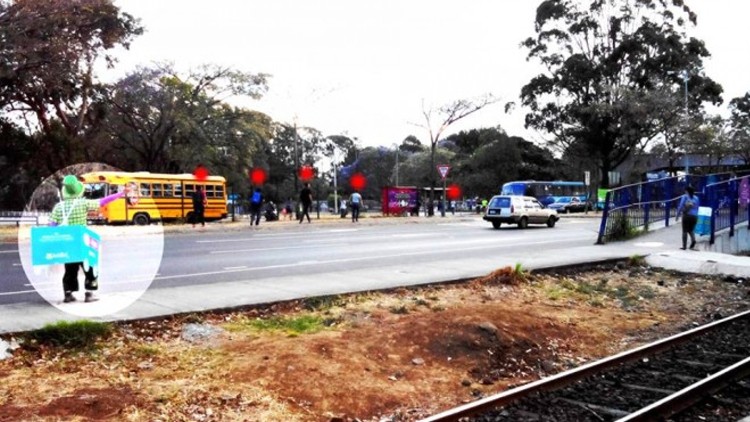 QCOSTARICA – The Ministerio de Obras Públicas y Transporte (Ministry of Public Works and Transport- MOPT) shared through social networks, some photographs showing how “some people insist on risking their life and that of drivers so as not to walk a little further, using a pedestration overpass; dodging vehicles instead. ”

The photographs were taken at the pedestrian overpass located in La Sabana, in front of the by the Contraloría General de la República (Comptroller General) building Friday morning, showing how the irresponsibility of some pedestrians.

The “responsible” pedestrians (green dots) use the overpass to get to the other side, meanwhile, the “irresponsible” (red dots) dash acros four lanes of the busy divided highway. 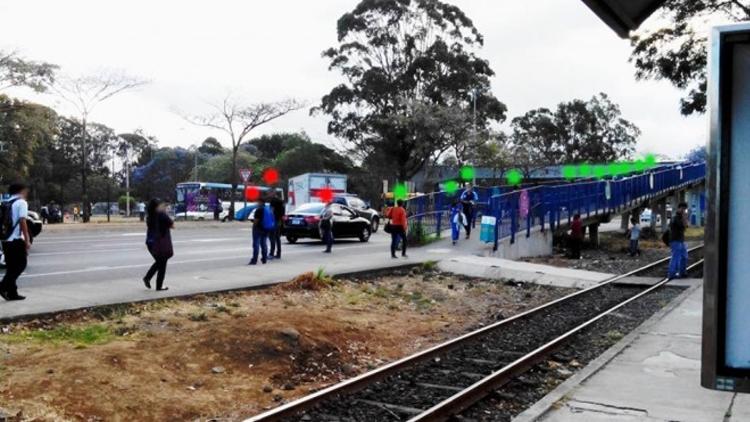 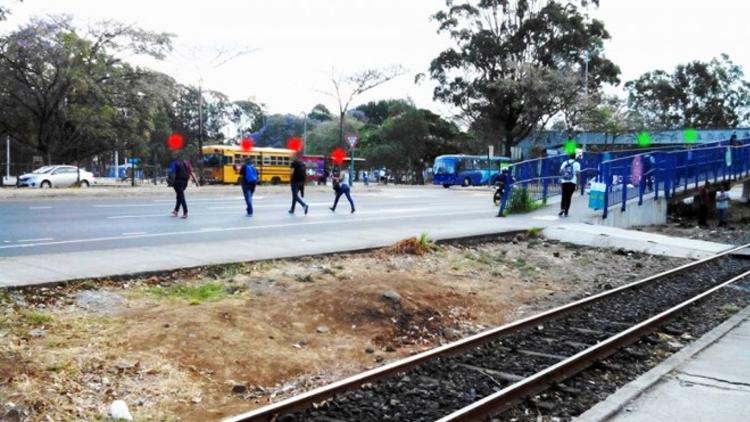 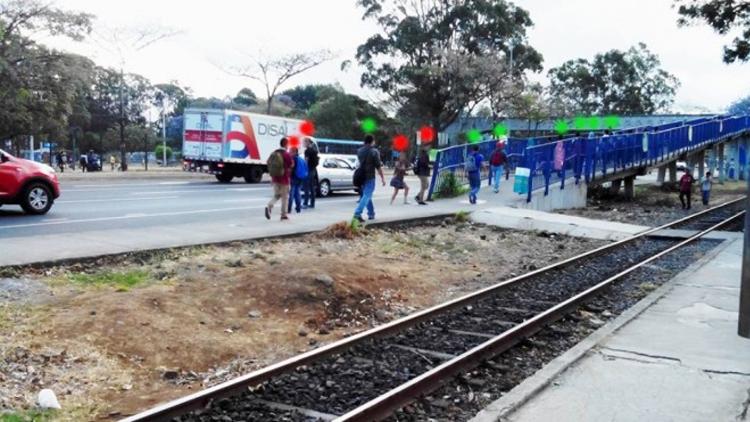 In the campaign, pedestrians using an overpass have to look for a Kolbi sign and send a text message, identifying themselves and they will be credited 5 minutes of call time.

However, it seems that the proposal is not tempting for some.

The fine for not using a pedestrian overpass is ¢21,963 colones.