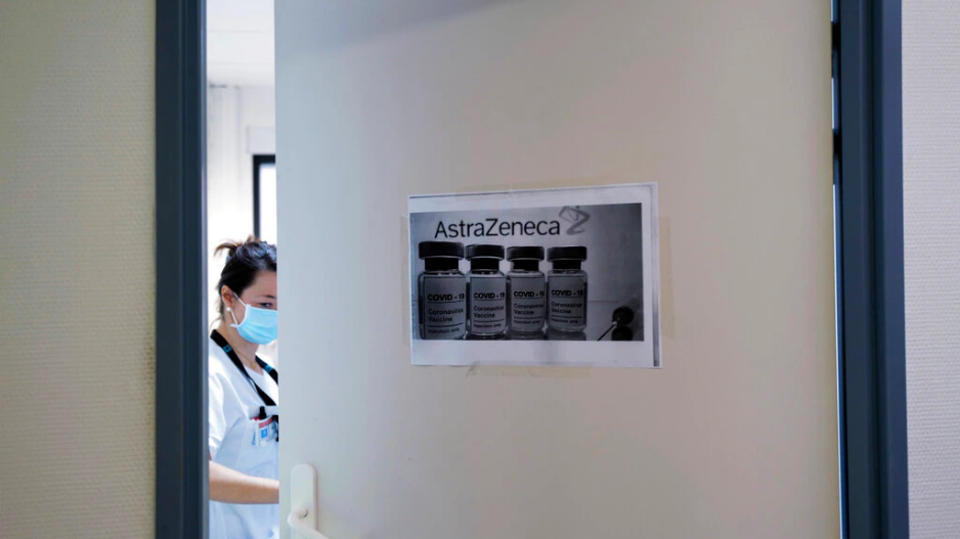 (VOA News) LONDON – Venezuela says it will not authorize use of the COVID-19 vaccine jointly developed by Oxford University and British-Swedish drugmaker AstraZeneca.

Vice President Delcy Rodriguez cited unspecified “effects on patients” for the government’s decision, according to Reuters.

“The decision today is purely precautionary,” Spahn said, adding that German officials would review the vaccine data with European regulators.

“The decision taken, in conformity also with our European policy, is to suspend, out of precaution, vaccination” with the AstraZeneca shot, but noted that inoculations could resume quickly if there is favorable guidance from the EU’s medicines regulator.

In addition, Estonia, Lithuania, Latvia and Luxembourg have all suspended using a certain batch of the AstraZeneca formula, while Austria suspended the vaccine in early March.

According to the AstraZeneca website, there have been 37 reports of blood clots out of more than 17 million people vaccinated in the European Union and Britain.

Both the company and the World Health Organization also say there is no evidence the vaccine causes clots.

WHO officials reiterated Monday that there have been no documented deaths linked to COVID-19 vaccines.

“We do not want people to panic,” the WHO’s top scientist Soumya Swaminathan said Monday. She said there has been no proven association between blood clots reported in some countries and COVID-19 shots.

An AstraZeneca spokesman told CBS News, “An analysis of our safety data of more than 10 million records has shown no evidence of an increased risk of pulmonary embolism or deep vein thrombosis in any defined age group, gender, batch or in any particular country.

“In fact, the observed number of these types of events are significantly lower in those vaccinated than what would be expected among the general population,” he said.

Britain, which has used the vaccine widely, is still backing the vaccine.

Britain’s pharmaceuticals regulator issued fresh support on Monday for the vaccine, which has been widely used for weeks across the country.

“We are closely reviewing reports but given the large number of [AstraZeneca] doses administered, and the frequency at which blood clots can occur naturally, the evidence available does not suggest the vaccine is the cause,” said Dr. Phil Bryan, head of vaccine safety for the British Medicines and Healthcare products Regulatory Agency (MHRA), according to CBS News.

The EMA issued a statement Monday saying it will meet Thursday to make a conclusion about the Oxford-AstraZeneca vaccine and announce, “any further actions that may need to be taken,” but reiterated that countries should continue their rollouts of the vaccine.”

The suspensions have compounded the troubled rollout of the Oxford-AstraZeneca vaccine across Europe. Several nations, including Germany and France, initially refused to approve its use for people 65 and older because the developers did not enroll many people in those age groups for their large-scale clinical trials, leading to a lack of data about its potential efficacy.

The AstraZeneca COVID-19 vaccine has been used in more than 70 countries, CBS News reported. Australia’s Chief Medical Officer Paul Kelly said Tuesday in Parliament that the country will continue its rollout of the vaccine, while Thai Prime Minister Chan-Ocha inaugurated his country’s vaccination drive when he was inoculated with the vaccine in Bangkok. Thailand had temporarily suspended its planned use of the Oxford-AstraZeneca vaccine after reports of the blood clots surfaced.

Meanwhile, Dr. Francis Collins, the head of the U.S. National Institutes of Health, told Reuters in an exclusive interview that the U.S. Food and Drug Administration could grant emergency authorization for the Oxford-AstraZeneca vaccine within a month.

In other coronavirus-related news, Facebook founder Mark Zuckerberg said the social media company will label what it determines is “credible information” about COVID-19 vaccinations.

The company will add labels to posts about the vaccines, which will contain “credible information” from the World Health Organization (WHO), Zuckerberg said in a blog post.

Facebook has been criticized by some for failing to act against what some call misinformation about the vaccines.

The company said it was also going to supply users with information on how to get vaccinated.

Meanwhile, Italy is reimposing new restrictions on three-quarters of the country over fears of the British variant of the virus.

Officials in Norway said Monday that the capital, Oslo, will close all middle and high schools until early April to try to stop the spread of the virus.

In the United States, cases have been declining in recent weeks and the top U.S. infectious disease expert said Sunday the country is going in the “right direction,” with millions of Americans receiving coronavirus vaccinations. However, Dr. Anthony Fauci said he was still concerned about the fact that U.S. cases have plateaued at a high number.

Speaking on the NBC-TV program “Meet the Press,” Fauci warned, “When you get a plateau at a level around 60,000 new infections per day, there’s always the risk of another surge.”

The United States remains at the top of the list as the location with the most cases of COVID-19, the disease caused by the coronavirus, according to the Johns Hopkins Coronavirus Resource Center, a research body that updates COVID-19 data daily.

The country has 29.4 million of the world’s at least 120 million COVID-19 infections, followed by Brazil with 11.5 million and India with 11.4 million.

- Advertisement -
Paying the bills
Previous articleWhat would happen to Nicaragua if Ortega suddenly dropped dead right now?
Next articleRefugees at US-Mexican border: ‘We can’t save them all’