It wasn’t until the early hours of this morning, Tuesday, July 2, that most roads were “protester free” or “enabled” in Policia de Transito (Traffic Police) jargon.

At 4:15 am, traffic officials reported that the routes of the country, in particular in Limón and Pérez Zeledón, that were blocked on Monday, were completely free of blockades after a massive intervention by Fuerza Publica (national police) and the Traffic Police, among other police forces working with the Ministry of Public Security (MSP).

On Monday, the main access roads to the export of goods and fuels, such as the Ruta 32 between San José and Limón, and roads in Guanacaste and the Central Valley, were blocked students protesting and trucks, many under the guise of “tortuguismo” is not outright stopped.

The police action Tuesday morning followed the order was given by Presiden Carlos Alvarado.

“The Government tried until the last minute to dialogue and seek agreements so that the truckers would desist from the blockades, but no consensus was reached that would allow us to have clear roads; therefore, on Monday night I gave the order to clear the way,” Alvarado said.

The government website, Presidencia.go.cr, said the president was in constant communication with the Security Minister, Michael Soto, monitoring the operation and the application of protocols to ensure order in the country.

Soto explained that the right to free movement was respected.

He added that Ruta 32 intervened at different points such as points in Rio Frío, Guácimo, Siquirres and Liverpool (access point to the APM container terminal port) with effective and fast action and using as little as possible tear gas when resistance was encountered.

In the Liverpool sector, the police were met with stones, Molotov cocktails and gunshots fired by the demonstrators towards the security forces. 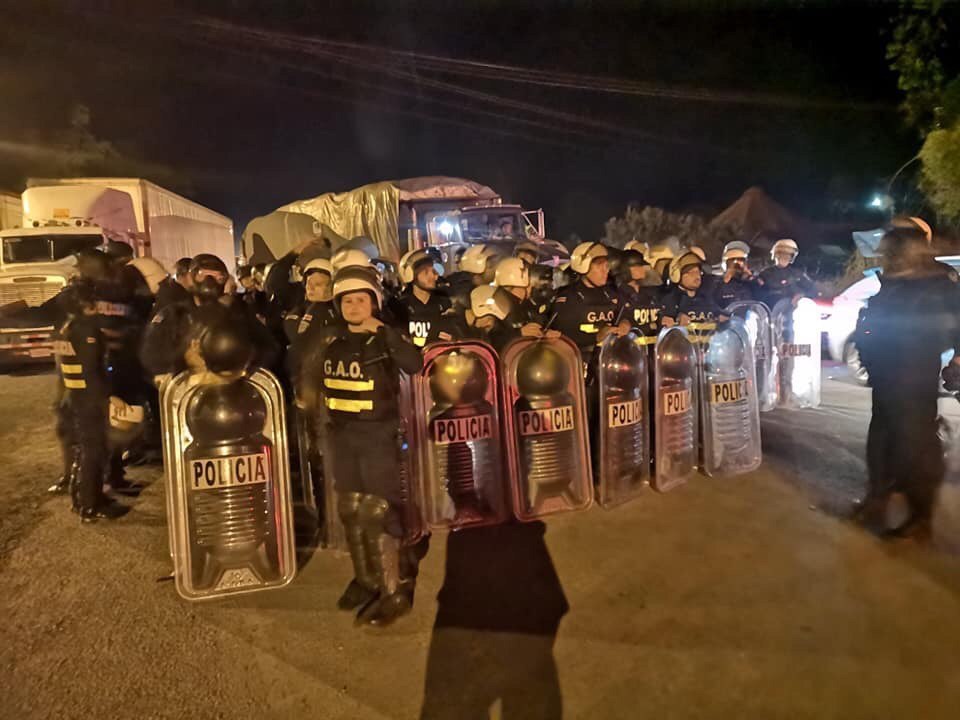 “The operation in Limón lasted about three and a half hours, where in addition to restoring the right of movement, it was possible to guarantee the passage of 26 gas tankers that were escorted to San José and that could supply some gasoline stations that reported a certain degree of shortage for this Tuesday,” explained Soto.

In Pérez Zeledón, an intervention was carried out in the bridge sector over the Jilguero River, where five people were arrested. In addition, traffic officials proceeded to confiscate license plates from truck drivers who opposed clearing the road.

Minister Soto made a call on the different groups to dialogue to find a solution.

QCOSTARICA - As the headline reads, we are in...
Politics