The lucrative and dangerous business of “barra libre” or “teen parties” has been fast creeping into Costa Rica society, as families with the help of their children,organize events to serve minors alcohol and where drugs are readily available. 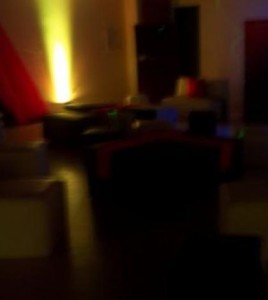 The Instituto Costarricense sobre Drogas (ICD) – Costa Rican Drug Institute – confirmed the existence of such parties with a raid on a Alajuela farm last Friday and the arrest of a woman – the mother of one of the teens – who was behind this “dangerous business”.

According to Carlos Alvarado, director of the ICD, the mother, who is now facing criminal charges, used her daughter to invite friends from her school and other schools, to the farm to party.

The “barra libre” parties generally are attended by minors where they can drink up and do drugs, all under the supervision of an adult.

The ICD says the parties are advertised on the social networks and charge up ¢15.000 colones (US$30) per student, that includes transportation, food and liquor.

“We found that, for example, operators of the mobile discos (music) would have drugs (for sale) available to the minors”, said the ICD director.

The ICD has made seven similar raids, typically in remote areas outside of the capital, finding minors being drunk and some under the influence of drugs, while being under the supervised of adults. In some cases, said Alvarado, the students were transported in the same school bus.

3 out of 4 women missing in Costa Rica are minors

How a new generation of global drug lords emerged at the...
Read more

QCOSTARICA - The quijongo is now in very good health thanks to the care of the people of Guanacaste, who are dedicated to protecting...
Economy

QCOSTARICA - Costa Rica's banana growers reached an export record in 2020, despite the impact of the pandemic, shipping fruit in new markets and...
Redaqted

QCOSTARICA - Four foreigners, including two minors, tried to leave Costa Rica using Covid-19 tests with negative results, which were determined to be falsified. The...
Travel

QCOSTARICA - A 30-year-old man, who posed as a dentist, set up an office in the garage of a house in Siquirres, Limón, where...
Employment

QCOSTARICA - Borrowing its way out of the current financial crisis seems to be objective for the Carlos Alvarado government. Obtaining about US$2.5 billion this...
Banking

QCOSTARICA - Loans in dollars, which had a great boom in 2000, began to slow down since 2016 and today, despite the fact that...
Trends

The blackjack game is associated with excitement and joy. The players experience great enthusiasm while playing the game because of its great rewards for...