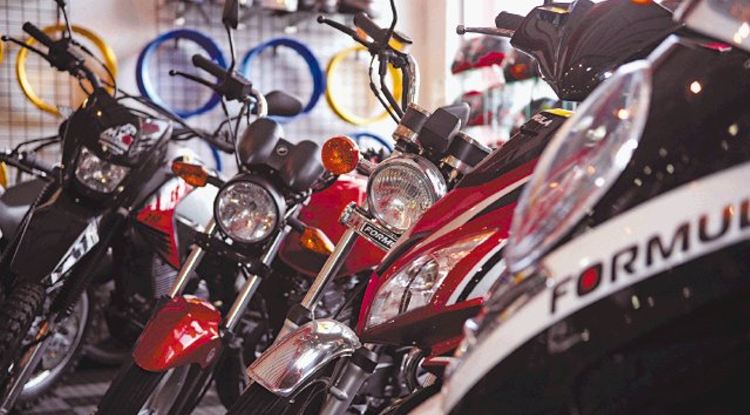 After a fall of almost 60% in 2009, the number of motorcycle imports has been gradual but steady, increasing some 30% annually, to 39.475 units last year, according to the Dirección General de Aduanas del Ministerio de Hacienda (Ministry of Finance).

The increase in demand for motorcycles is such that there is no coincidence that retail stores like Gollo and La Curaco has begun selling them among its line of appliances, furniture and electronics. A trend that is expected to increase in the coming year.

“The market entry reflects the interest to respond to the demand for a public looking for a motorcycle with a reasonable price and the financing option”, said Félix Badilla, marketing manager Grupo Unicomer, the Salvadoran group that operates the 143 Gollo and La Curacao stores in Costa Rica.

Auto parts retailer Gigante sells its own brand, Moto Forumal (Chinese made) in its nine new and used auto parts stores.  In the last five years Gregorio López, marketing manager at Gigante, says it has seen sales go from 50 units a month to 350.

According to the Finance ministry, the brands Honda, Freedom, Forum, Yamaha, Suziki and United had the highest number of unit imports.

Fuel savings and being able to better deal with traffic congestion (saving time and fuel) are the top reasons for the increase in motorized two wheeled transportation.

Cost is another. Prices for a motorcycle (scooter) starts at ¢649.000 colones (US$1.200). Combined with low money down and easy monthly payments, they offer an attractive alternative to a vehicle.

Motorcycle dealers say a trend they are seeing is the growing market of women buyers. Gigante, for example, says 40% of its scooter sales are to women.

But motorcycles are risky business on Costa Rica’s roads.

For example, the Seguro Obligatorio del Automotor (SOA) – mandatory insurance portion of the annual Marchamo for a passenger vehicle is ¢23.567, while for motorcycles is ¢69.276 for a policy coverage of ¢3.5 million and ¢91.444 for ¢6 million.

QCOSTARICA - The Ministry of Health issued a new guideline on Thursday that establishes the requirements to request the vaccination certificate against covid-19 in...
Redaqted