My Half Minute With “El Presidente” 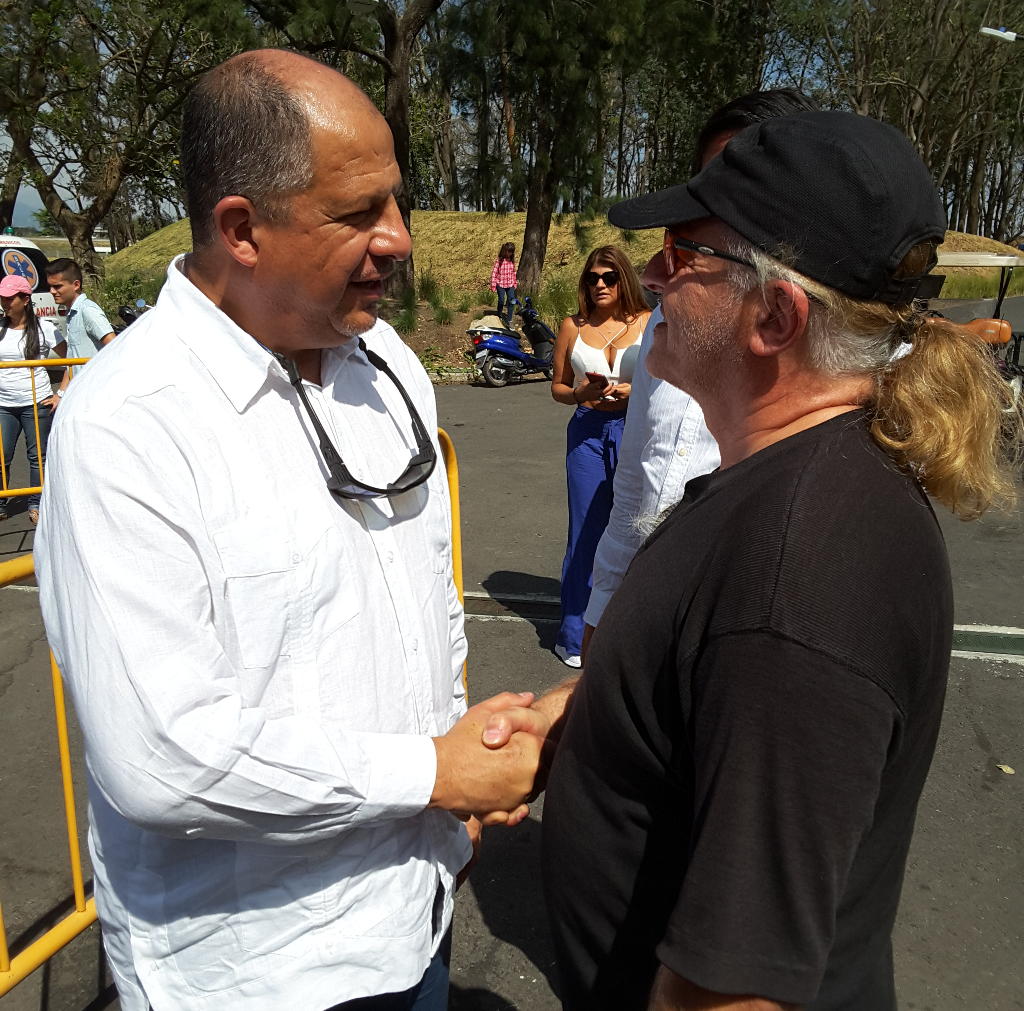 RICO’S JOURNAL – Sporting a goatee, a white Guayabera shirt and dark sunglasses, Luis Guillermo Solis walked among the crowd taking in, like me, the 1st semi-final Paella Valenciana contest.

It was Saturday morning. My friend Scott called, insisted I get out of the house and accompany him to check out the paellas, his passion.

After insisting I relented, remembering that the “food truck” event was happening at the same venue, Parque Viva in La Guacima.

Never would have I expected this would be the day I would meet “el Presidente”.

Mr. Luis Guillermo Solis and I have figuratively bumped into each other on several occasions, however, in each I was escorting my clients in their government functions, it would be unprofessional to break protocol.

Although I could say I practically know the man, reading and writing about him for more than three years, I was shocked that I was astounded being locked into a “Trump handshake” with the President.

I my half-minute with El Presidente I found a very down to earth, warm and charming man.

Before my up close with him, I watched how he worked the crowd. The professor turned politician, who is expected to back in the classroom after May next year, was calm, relaxed and easy to talk to.

In Costa Rica, this is possible because, well, Presidents are shielded behind a security wall, they live in their own homes. The only tell tale of a former or sitting president’s home is the police guard. That’s it.

In Costa Rica, the President’s security is very minimal.

In Saturday’s case, the lone DIS agent was dressed casual, if you looked closely enough you could spot his ‘presidential’ pin that indentifing him of his role. I know this for I have gotten to know several of the DIS agents attached to a Presidential detail, at the car wash, even at my home, a party a few years back.

In my half minute of the President’s undivided attention, knowing he would be travelling to the U.S. this week, to meet with Donald Trump’s vice-president, we joked at that, the headling in La Nacion a few days earlier, I pleaded with him to “please tell Mr. Trump’s people the island of Costa Rica (pun intended) does not need a wall.”

We laughed, his laugh probably out of courtesy.