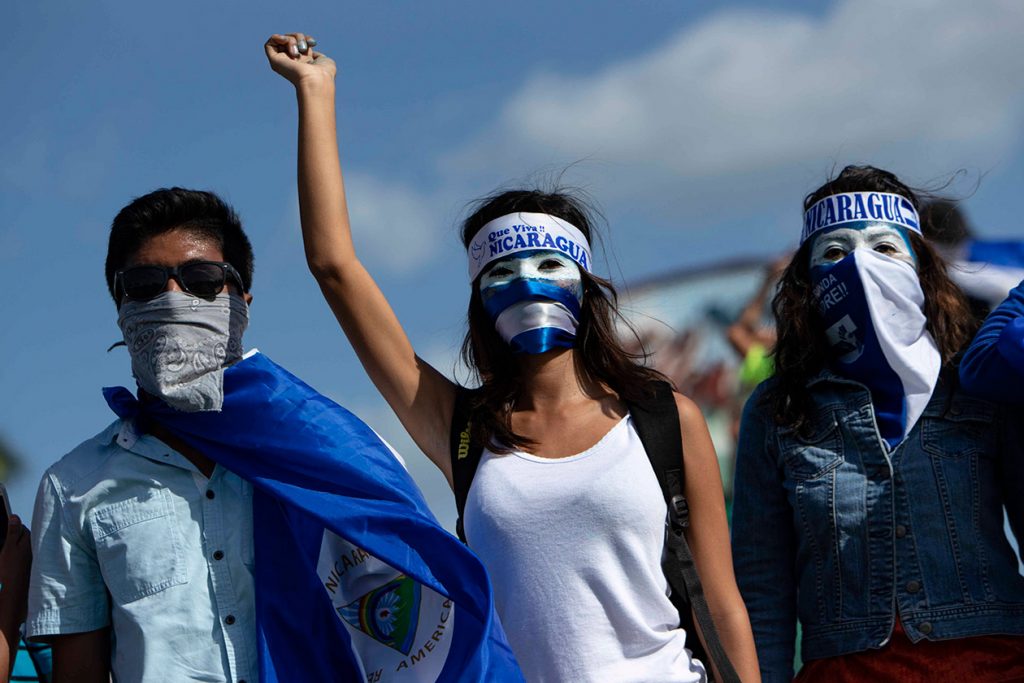 Ever since the crisis began in Nicaragua, a new wave of immigrants fleeing to Costa Rica in order to survive has begun. They go not only to look for work, study opportunities or healthcare. They didn’t plan their journey to improve the quality of their lives, but as the only way to remain alive.

These are some Nicaraguans’ stories…

The decision had already been made. Lesly Mayorga would escape from Jinotega across the mountains with all of his family on July 25th, before pro-Ortega paramilitaries managed to break the “barricades” that protected their town. None of them had a passport and none of them wanted to leave their lives behind, but they all wanted to carry on living. Without knowing where they were heading exactly, they reached their final destination seven days later: Costa Rica welcomed them.

Today, Lesly wakes up on a mattress lying on the dirt floor, alongside his family, in an improvised tent at the Temporary Center for Immigrants (CATEM) in Guanacaste. He says that he quietly cries every day, out of nostalgia and impotence, but he doesn’t hesitate to express his happiness at not being afraid of being killed. “Ah, I’m happy. It’s a lot more comfortable here than sleeping on the ground in the jungle,” he jokes.

Reasons for traveling illegally include a lack of money to apply for a passport and visa, or fear of being detained on the Nicaraguan side of the border.

Days are long at the refugee camp. According to the Nicaraguan immigrants who are staying there, the peace and quiet is surprising and suspicious. After almost four months of bearing witness to extreme repression by government forces in Nicaragua, peace, and quiet has become far-removed from their normal lives.

The Center is located five kilometers before reaching La Cruz and around 20 minutes from the Penas Blancas border crossing point. It’s rough terrain, without paved streets, with 25 green tents, between Nicaraguans and “extra-regionals” (which is the administrative term for African immigrants).

This is where local authorities take immigrants who are seeking asylum in the country. When Lesly reached Penas Blancas with his 8-member family, they took down their information, gave them an immigration appointment at La Uruca in San Jose and put him on a truck with all of his family to go to the center. “We had been walking for over five days. Traveling on the truck gave me an incredible sense of peace,” he says.

The place looks more like a military camp in Iraq than somewhere in Costa Rica because of it being an eye-sore and these tents where refugees sleep are military tents. According to the directors of the center, up to 25 people can stay in each tent and they can even receive up to 300 at their busiest times.

Inside the Center, stories about repression in Nicaragua are told all day long and everyone compares their own experience with that of others there. Even though these immigrants have come from different departments, their stories are all similar.

Lesly Mayorga defended his trench in Jinotega from April 20th until the day before his escape. According to what he tells us, his weapons were mortars, stones and he even took his machete from time to time, which he had used to work on a farm just months before. Ever since he joined the Self-Organized Movement, he and his family began receiving threats.

“One of the most shocking things that happened was when paramilitaries tried to burn my house down when I wasn’t there. As they didn’t manage to do this, they grabbed my 15-year-old daughter. They threw mortars at her body, they attacked her,” he tells us.

Today, Lesly has an arrest warrant against him in Nicaragua, charged with terrorism.

However, he says that his family was the main reason he needed to flee the country. His daughters, all of whom are minors, had been threatened with rape after they would lock him up.

He was left with nothing. In spite of his robust stature, Lesly looks vulnerable, sad. He carries the deeds to his house in his wallet, alongside a yellowish list of the names of all the people who had threatened him ever since he entered the trenches. These two pieces of paper are the only things that remain out of all of the belongings he packed up when he left.

Inside, there is a tent with games where refugee children can distract themselves, but they have to play in the mud that the rain left behind. It’s time for lunch and the refugees are making their own food on a fire. Nicaraguans are cooking Nicaraguan rice and beans for them all and mumble between themselves. They smile before the cameras and longingly look at the pot of food. Some of them, like Juan Carlos Espinoza, haven’t eaten for more than five days.

Juan Carlos tells us he traveled from Managua to the Penas Blancas border crossing point, fleeing the Sandinista Youth group in his neighborhood. They had recruited him months ago as a paramilitary, but he refused because “he didn’t want to kill civilians.”

“One day, they turned up at my aunt’s house, where I was living, to invite me to join “Operation Clean-Up”. I was offered 500 Cordobas (just over US$16 dollar) per day and an AK-47 rifle so that I could defend the Commander-in-Chief from the “coup mongers”, he explains.

Juan didn’t finish high school, but he was working at a barbers’ shop. He was earning less than US$100 per month and had to support several children. Even so, he says he rejected the offer he was made. That’s when the threats against him and his family started. He says that while walking home one day, hooded men in a Hilux 4×4 got out and beat him, stole his identification, the money he had on him and his cellphone. “After that, my aunt told me that she couldn’t have me there (in her house) anymore. That I would have to go. That’s why I’ve come to Costa Rica,” he says.

Some of the newly arrived refugees, like Juan Carlos Espinoza, hadn’t eaten for more than five days

He spent most of the journey walking through the countryside and without a single bite of food. When he reached Costa Rica, he didn’t seek asylum because he didn’t know he could do this.

“I hadn’t eaten or drank anything in days. When I came to Costa Rica, I looked for work on a pineapple farm and they told me that they didn’t hire illegal immigrants. I turned back, asked for some water at a house near there. I was given some money and was told that there was a shelter. I came by bus and taxi and then I was left with nothing again. But, I am here now, and I could eat something. I’m good now,” he explains.

Juan Carlos’ voice is muffled and sad. He says that he doesn’t have any hope. He wants to go to the appointment to ask for asylum in La Uruca, but he doesn’t know how to get to San Jose. The Government doesn’t cover transport costs and every immigrant has to make their own way to the appointment; the majority don’t have any money of their own, so the only way they can travel the 267 kilometers between these two places is hitching a ride. According to the General Direction of Migration and Aliens, it is working on creating immigration units nearer the refugee centers.

Most of the immigrants who are living at the shelter came into the country illegally. Reasons for coming in this way include a lack of money to apply for a passport and visa, or others for fear of being on a list and being detained by the Nicaragua immigration authorities.

Alvaro Gonzalez came illegally for both these reasons. He is 22 years old, but his exhausted face adds many more. He has been in a wheelchair for two years now after he was attacked by neighborhood gang members with a screwdriver to his back, in one of Managua’s slums. He hasn’t been able to work ever since and so applying for a passport was financially impossible, he says.

Ever since civic protests broke out, his brother entrenched himself at a university in Managua. A month ago, he was caught at his home and they also tried to take Alvaro. “(The paramilitaries) stormed the house to take my brother and they wanted to take me out of my wheelchair, saying that I was pretending to be sick so they wouldn’t lock me up,” he tells us. When they realized he really was handicapped, they kicked him and left him sprawled out on the ground. “You can’t live like this in Nicaragua,” he laments.

With help from his family, he began to look for money to cross over with help from smugglers near Penas Blancas. They told him that it was nearly impossible to take him across and so they charged him almost double. The young man doesn’t like to talk about how he managed to get to Costa Rica.

He skips forward and begins to remember how he and his partner were asking about the Refugee Center they had seen before on the news. He found it but it doesn’t have the facilities he needs. Alvaro continues to wait for a response about where he can temporarily live. For now, he admits that he is calm living in a place where he doesn’t hear shots being fired every half an hour. According to him, it’s worth sleeping on the floor if that allows him to survive.

The original article in Spanish by Yamlek Mojica Loáisiga was published at Semanario Universidad. 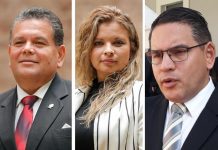 Dollar is approaching crisis prices after fiscal gap … should we be scared? 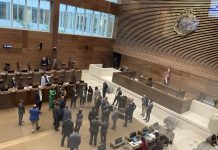 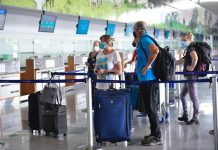 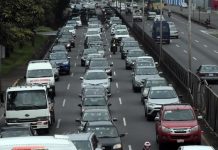 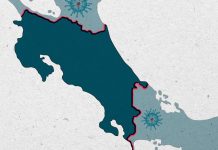