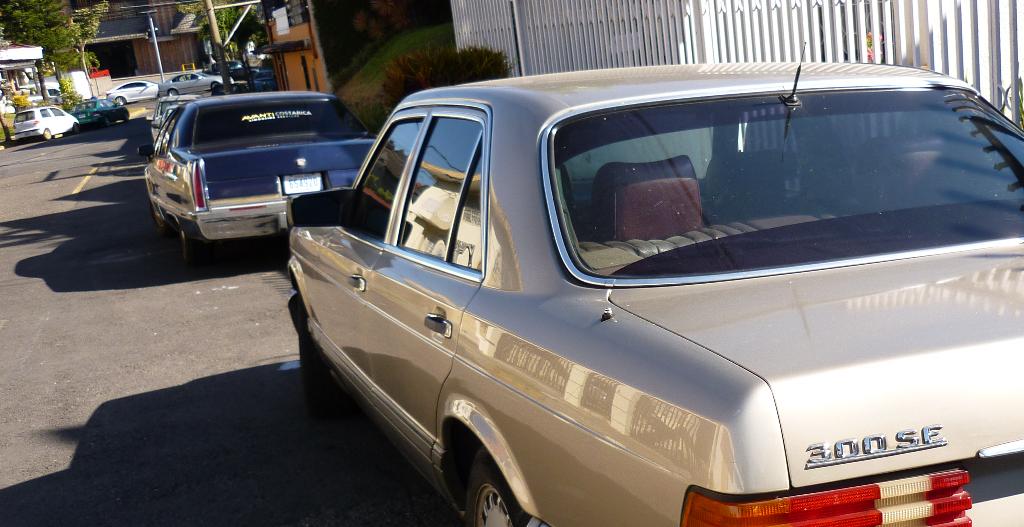 Of the few traffic tickets I had to pay to the Cosevi, the others were a matter of a direct payment to the traffic cop, I appealed only one, a ¢300,000+ colones fine for having tinted windows.

It was back in 2012, a reform of the traffic law raised traffic fines from a few thousand colones to tens of thousands and, among other changes, prohibited any obstruction of the rear glass of a vehicle, unless it came from the factory that way.

It was almost midnight on that late August night, coming back from Guanacaste. It was one of my ‘out in the morning back at night’ type of trips. I was tired. Past the Pozon (Orotina) toll station was an ‘operativo’ (traffic check point).

My car had tinted windows all around (save the front, important to note here for the story). This was a limousine grade tint.

“If you take the tint off right now, I will not issue a ticket,” the Transito (I don’t recall his name) told me to help me avoid what we both knew would be the mandatory stiff fine.

Tired, still a ways to go before reaching home and not having tools to remove the tint, I opted for the fine, while on the way home thinking of arguments for my appeal.

The morning after, the perfect appeal was staring in front of me. I read the ticket print out, and something was missing. The traffic police had just started using electronic devices to issue (and print) the ticket in lieu of the hand written ones.

I check online for the wording of the section of the traffic law of the basis of the ticket that I was sure had something missing. Yep, the printout wasn’t complete. The printer had stopped at ‘delantero’ (front window). The print out had not completed the sentence to include rear window

I filed my appeal, stating that I did not, never had had, would have ever had or will ever have (embellishing a bit here) tint on the front windshield and could back up my claim with witnesses, including my mechanic and photos.

That was back in the first week of September.

It was now December, time to pay the Marchamo. Nothing. For the uninitiated, unpaid traffic fines show up on the annual circulation permit. No, nothing for this year. Life goes on.

It was now the December of following year and nothing. In fact, I had forgotten about it entirely. It was my first appeal, although I had an idea of what to expect, after all this time, figured it was a done deal.

It was now February or maybe even March, some almost 18 months since I had filed the appeal, when my fax machine started whirring, spitting out 7 pages of legal mumbo jumbo.

After reading through it, the legalese, on the last page the only word that mattered was “absuelto”.

I think the phrase was actually longer, but that single word was the message. It simply meant I did not have to pay the fine. Yep, the system works.

Moving forward to the present.

I still have the same car. Right after that ticket, way back five years ago, I removed the tint from the rear window, well almost.

The side windows not and to this day continues with the tint.

In fact, just last week I had to have the vehicle inspected and only got two ‘Leves’ (light faults), one being the tinted side windows.

Although the tint itself is not prohibited, the grade of the tint is. However, since neither the Transito nor Riteve have the required meter to determine the grade, no problem. Pura Via.

Be safe. Be smart. Eat lots of pasta.

- Advertisement -
Paying the bills
Previous article“Had To Go To The Bathroom” Among The Excuses To Evade Paying For Bad Parking
Next articleFive Dead, Four Injured In Sunday Afternoon Crash on The Ruta 27