NAFTA Unlikely To Hurt Mexico-U.S. Security Ties, But Election Might 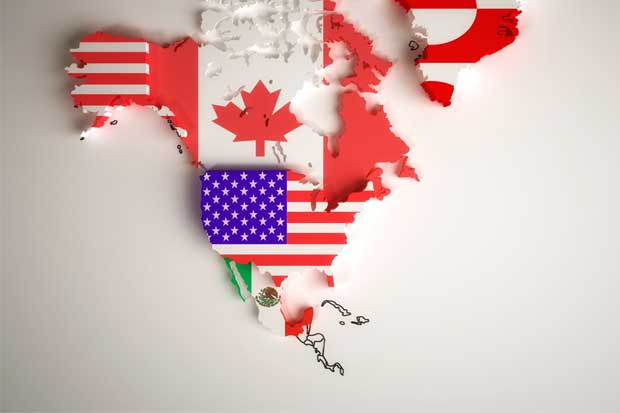 Mexican officials have threatened to strike back if U.S. President Donald Trump kills the North American Free Trade Agreement (NAFTA), warning they could relax controls on the southern Mexican border crossed by Central American migrants, or scale back collaboration in tackling drug crime.

Privately, however, Mexican officials say there are no plans to dial back complex co-operation that has been increasing in recent years, with post-NAFTA planning focused on measures like diversifying trade.

The United States also doubts that NAFTA talks, which began a fifth round in Mexico City on Wednesday, could imperil co-operation, according to one current and one former senior U.S. State Department official.

The bigger U.S. concern, the sources said, is that Andres Manuel Lopez Obrador, the leftist frontrunner for next July’s presidential election, will rip up the relationship if he wins.

“Obviously there is a fear … that some kind of slowdown (in the relationship) could occur with a transition,” said the current U.S. official, who was unauthorized to speak publicly.

Mexican officials note it makes sense for their country, which is likely to end 2017 with its highest murder tally on recent record, to keep accepting U.S. assistance. Furthermore, Mexico has little appetite for dealing with an endless flow of U.S.-bound migrants.

“It’s in our interests to maintain the current system of co-operation we have for combating drugs,” said Marcela Guerra, a ruling Institutional Revolutionary Party (PRI) senator who heads the Senate’s North America Foreign Relations committee.

“We won’t change our solid position – that migration needs to be secure and legal – if NAFTA falls,” she added, noting that Mexico would be “shooting itself in the foot” if it relaxed its southern border.

Lopez Obrador has long expressed doubts about the nature of U.S.-Mexico security and migration co-operation, using a May op-ed in the Washington Post to urge against efforts “to unleash military force against criminal organizations.”

His strong standing has sparked concerns in Washington.

In April, then-U.S. Secretary of Homeland Security John Kelly agreed with Republican Senator John McCain’s view that “if the election were tomorrow in Mexico, you would probably get a left-wing, anti-American president of Mexico. That can’t be good for America.”

The former State official said both the PAN and the PRI were likely to maintain close ties with the United States if either were to win in 2018.

“That leaves only one outlier. So I suppose that gives you a two-out-of-three chance that nothing is going to blow up,” he said.

The U.S. embassy is already in touch with the Lopez Obrador camp, but, the former official said, those talks have so far not resulted in “any definitive resolutions or reassurances in terms specifically of the law enforcement and counter-narcotics relationship.”

A spokesman for Lopez Obrador on security said he was not aware of those discussions. The U.S. embassy in Mexico City did not respond to a request for comment.

In an event alongside Pena Nieto on Monday, Roberta Jacobson, the U.S. ambassador in Mexico, stressed her country stands firm.

“We will continue to support … the efforts by the Mexican government to tackle shared threats and offer sustainable solutions for our regional security,” she said.

Deportations to the Northern Triangle of Central America soar by 32.1% in 2021

Q24N (EFE) The accumulated deportations to November to the Northern Triangle...
Read more