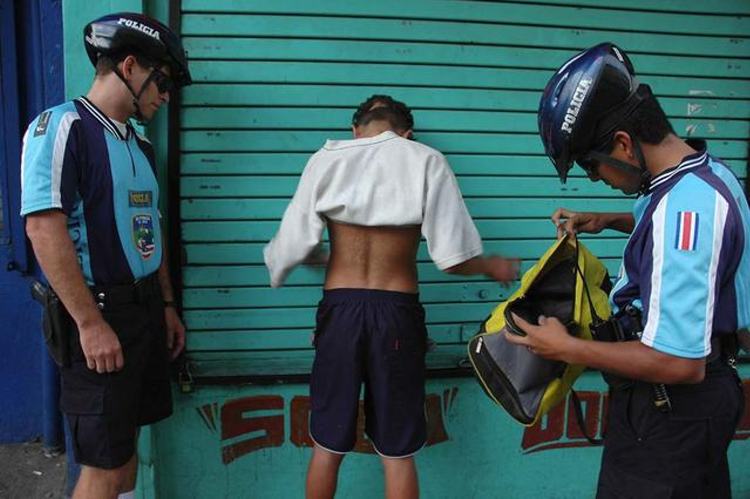 Revenge and fights for territory are among the leading cause of deaths from the drug trafficking trade or “narco” in Costa Rica.

According to the Judicial officials, in total, 74 people – on average six people monthly – were mortal victims of the drug trafficking trade in the country, this figure representing 18.7% of the 394 homicides recorded for the year 2012.

One of the “deadliest” zones says the Organismo de Investigación Judicial (OIJ) is the city of Limón (not to be confused with the province) where 15 deaths were recorded. And of those 15 deaths, 13 occurred right smack in the centre of the city.

Following Limón is the city of San José with 10 deaths, then Tibás and Desamparados with six each.

“In Limón what happens and we have always said, is that there is a social problem of corruption, poverty, lifestyle, culture, that has to attacked differently. When the OIJ arrive at crimes, then we are not there to prevent, rather to repress, ” said the director of the OIJ, Francisco Segura.

Security Minister Mario Zamora, and the deputy minister, Celso Gamboa, noted that one of the measures used to counter these crimes to control the registration and use of firearms.

What happens in this underworld is that a mistake or bad move quickly results in payment with a life. The OIJ records indicate that 28 of the 74 drug trafficking related murders were a “settling of scores”. Another 11 of the deaths were occasioned by “heated discussions and quarrels”, according to Segura.

“Armed violence is used by drug trafficking gangs as a form of discipline”, says Zamora.

Many of the victims of the drug trafficking trade in 2012 were young, aged between 18 and 29. According to the OIJ data, almost half (35) of the total deaths were under the age of 30.

“Many are from low-income society, do no work or study or come from broken homes where drug trafficking is part of life, and a way to obtain what others have”, is the profile explained by Segura.

- Advertisement -
Paying the bills
Previous article[Video] Using The New Parking Meter
Next articleWish We Were There!