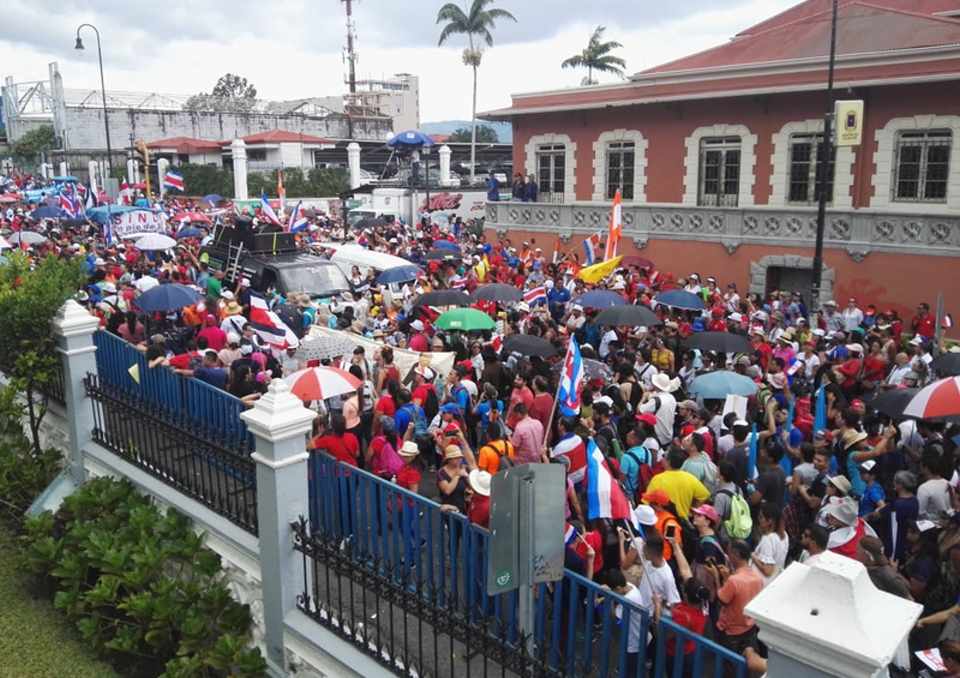 President Carlos Alvarado assures the doors to dialogue are open if the protest movement is called off. For his part, Albino Vargas, the leader of the public sector union movement, is clear, “It is negotiable to stop the strike”.

The President and the union leader are at odds, publicly making calls to the people: one to end the strike, the other to continue, as the national strike continues to day four.

While Alvarado said he is prepared to talk, Vargas insisted the demonstration will not only be maintained, but strengthened with the participation of groups such as university students.

Vargas added that there was never a formal invitation to begin the dialogue with the government.

On its fourth day, the strike will continue with the initial trend, that is, with regional movements.

QCOSTARICA - Can Costa Rica come out from the current economic...
Read more