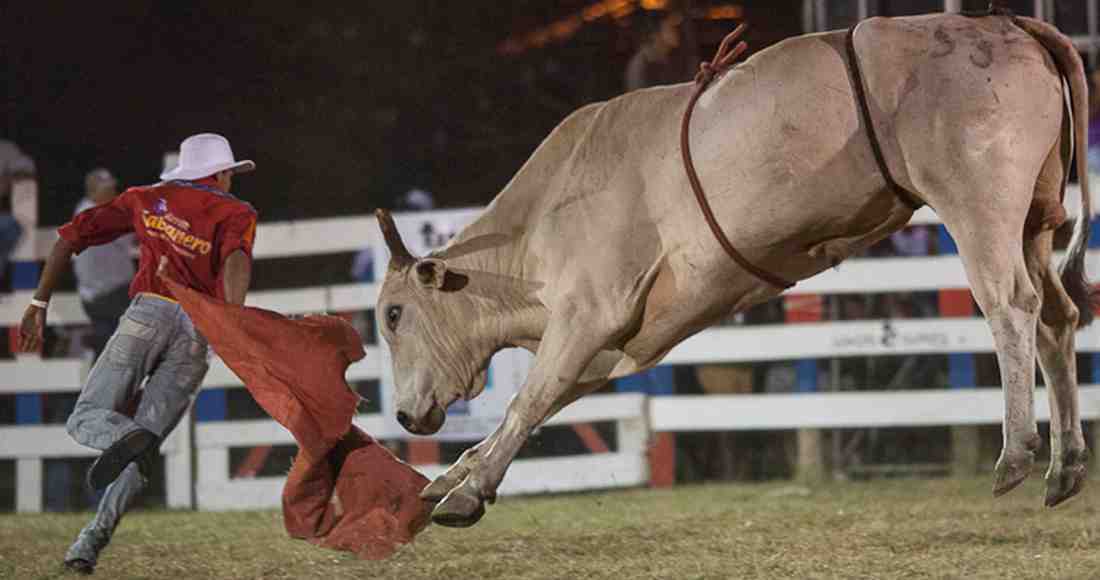 Q COSTA RICA (by María Fernanda Cruz, Vozdeguanacaste.com)Costa Rican-style bullfighting continues to polarize the country, with nearly half of residents in favor and the other half opposed. Horse parades, called topes in Spanish, are viewed more favorably by the public: Seven out of 10 people think the parades should be allowed to continue.

These views are part of the results of the latest perception poll by the Institute of Populational Social Studies (Idespo) at the National University, which surveyed 800 people by phone. The poll has a 3.5 percent margin of error.

“The majority of the public doesn’t believe horse parades represent a risk for the animals participating in them,” Idespo’s report states.

The issue gains relevancy at the beginning and end of each year, when part of society protests against animal maltreatment that bulls and horses might experience at these types of activities, while others defend them for the financial benefits they represent.

This year, an Animal Welfare Bill – one of the main promises by the government of Luis Guillermo Solís – is still under discussion at the Legislative Assembly.

The good news is that most of those surveyed oppose animal cruelty. Eight out of 10 people surveyed believe animal protection should be one of the priority issues for the government, and nine out of 10 believe criminal sanctions should be established for people who abuse animals.

The majority of those surveyed oppose cockfighting (89 percent) and dogfighting (88 percent).

In its current form, the Animal Welfare Bill does not prohibit the use of animals in popular festivals, such as bullfighting, bull riding and horse parades, or the killing of animals for human consumption.

Significant public doubt still remains as to the scope of the bill. For example, 33 percent of those surveyed believe that if the bill is approved, they won’t be able to exterminate fleas or cockroaches in their homes, which is false.

Three in 10 people believe they won’t be able to kill animals for human consumption, and a similar number believes that horse parades and bullfighting will be banned. Six out of 10 think that animal experiments will be banned. All of these claims are false.

This article originally appeared on Vozdeguanacaste.com and is republished here with permission.

Bullfights are conditioned to demand for hospital beds