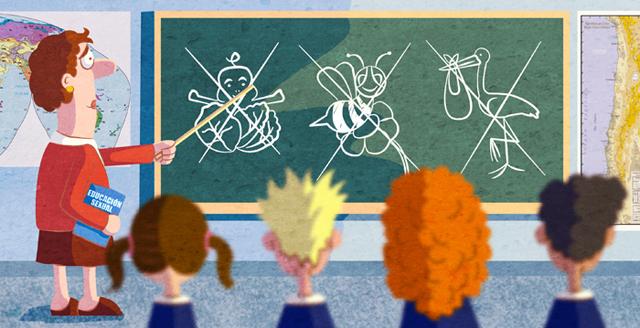 A survey of youth conducted by the Young People’s Council of the Ministry of Culture shows that young people generally agree on the need for sex education classes in high school but are deeply critical of the courses offered early this school year.

The Education Ministry was tardy in implementing such a course and did so under Minister Leonardo Fournier and against a push back by Evangelicals and other social conservatives. But the Culture Ministry was also slow to get the viewpoints of young people — this is only the second poll taken, the first being in 2007.

The survey indicates that 80% of Ticos between 15 and 35 years of age have engaged in sex and that 56.8% engage in sex more than once per month. But, chillingly for those concerned with HIV infection, 44.5% never use a condom and, indeed, only 23% have had tests for AIDS and only 17% for other sexually transmitted illnesses.

Only a third of those surveyed used a condom in their last sexual encounter. And this poll was not cursory questions but were sit-down-sessions of half hour duration. But only 47.6% of women had had a Pap smear in the past year and only 20.7% performed regular monthly breast cancer self exams.

“This probably is not confined to young women,” said Oscar Valverde, “I dare say that in general our population has not been educated for prevention, and to take care of themselves and others.” Valverde works with the United Nations Population Fund.

The survey revealed that 30% of the time the iniiation into sexual activity came from outside influences — either their partner pressured them or they were convinced that they had arrived at an age where sex was OK or because it seemed that all their friends were doing so.

This exactly the type of thing that Minister Fournier was hoping to avoid with his classes — that young people would be informed enough to make this kind of decision on their own, rationally and realizing both benefits and risks involved.

But it appears that the young program has a long way to go before it offers an answer to old myths, societal pressures and achieves understanding of themselves as sexual beings and of the opposite sex as well. But, as La Nacion quoted Tatiana Quiros, 21, “The country needs sex education but that speaks the truth.”

Part of the problem is a spotty application of the program by individual high school teachers. For example, 13.6% of youth say they never received information on how to avoid sexually transmitted diseases and 15.9% say they received no information on contraception.

Although these students did not get this needed education, others say that the course seemed all negative, about risk but nothing about the physical forces of desire that assaulted them: 36.2% said no one mentioned the pleasures involved and how to enjoy it safely.

Indeed, it seemed that, in place of a frank discussion, teachers were avoiding facets of the subject for fear of parent condemnation,their own personal religious conflicts or discomfort with the subject.

Valverde told La Nacion that what is needed is “an integrated” sex education, “scientifically based, that does not limit itself to a genital or coital dimension but does not exclude it…” He recommends that it start at a preschool level; and urges health services be more accessible.