TODAY COSTA RICA – Ever wonder what it’s like walking through the deep woods at night? Now you can satisfy your curiosity without getting stung, bitten or scared with a new exhibit at the regional museum in San Ramon called “Voladores de la Oscuridad“, or Flyers in the Darkness. 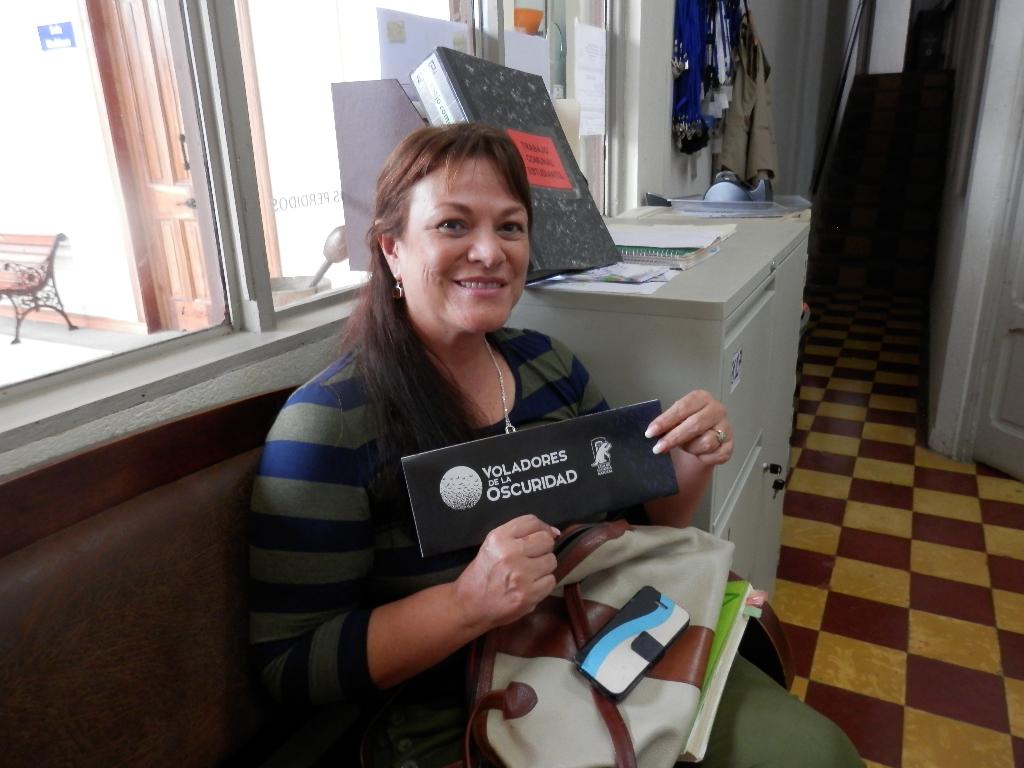 The room is dark. The trees and vegetation mere shadows with a touch of color from the moon and night blooming flowers. This is a biological reserve, home to the 80 species of bats in Costa Rica. Although, thankfully, there are no live bats flying around the exhibit, taking a peek overhead we find several make-believe bats add to the realism.

Liz Brenes, a biologist at the western campus of the University of Costa Rica, organized the exhibit to show the diversity of forest life and how it all comes together, including bats! Along with artists Andres Badilla and Susana Villalobos she spent time in the nearby Alberto Manuel Brenes Reserve to get the feel of it in order to accurately reproduce it in a museum. 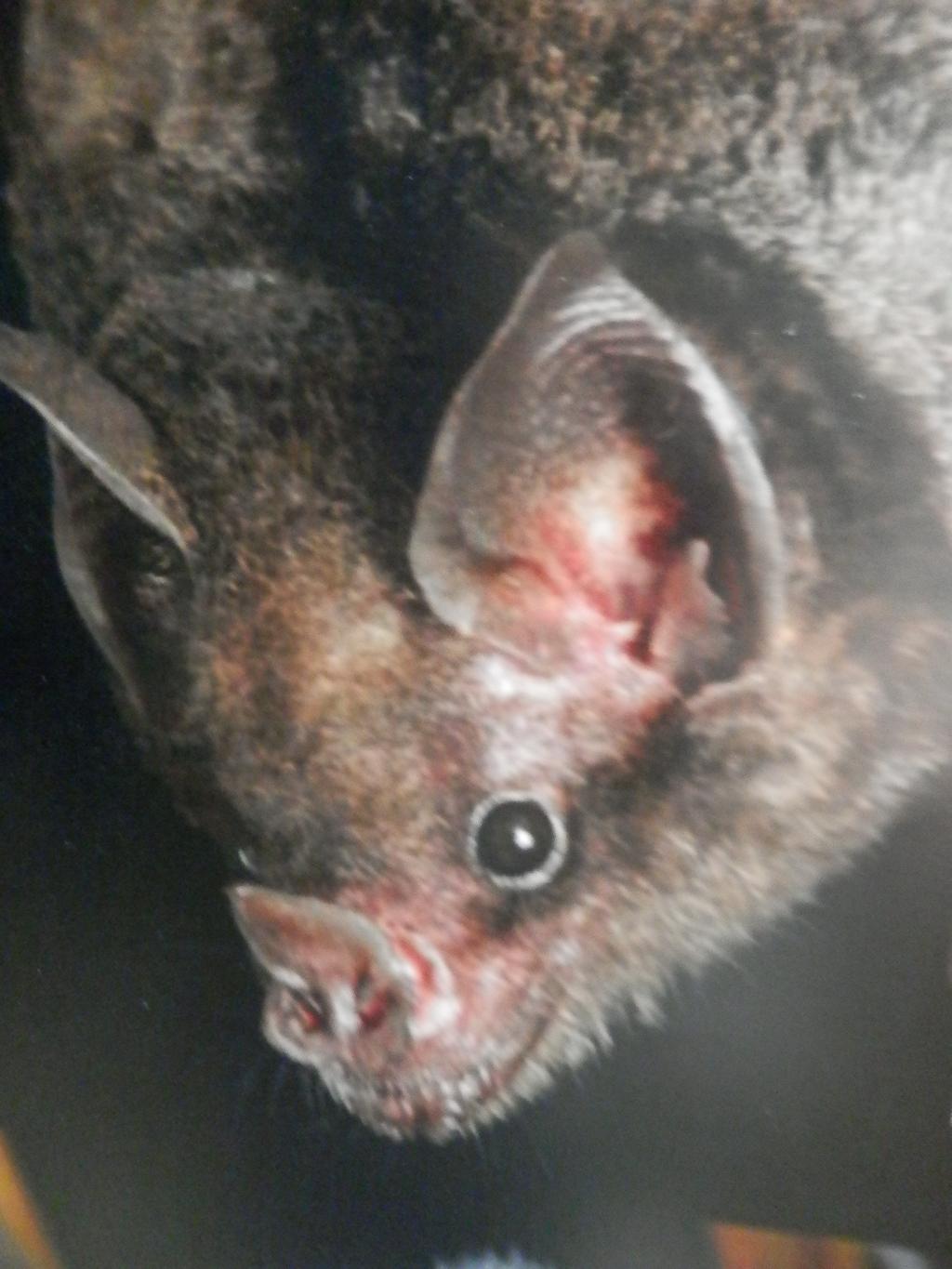 The exhibit shows the reserve at night and centers around bats. “They are part of myths and legends,” explains Liz Brenes who acknowledged a common belief that tying red ribbons around the necks of cattle they will not be attacked by bats. “A common belief is that bats suck blood.” and while two Tico (Costa Rican) species are bloodsuckers, they are no threat to humans. 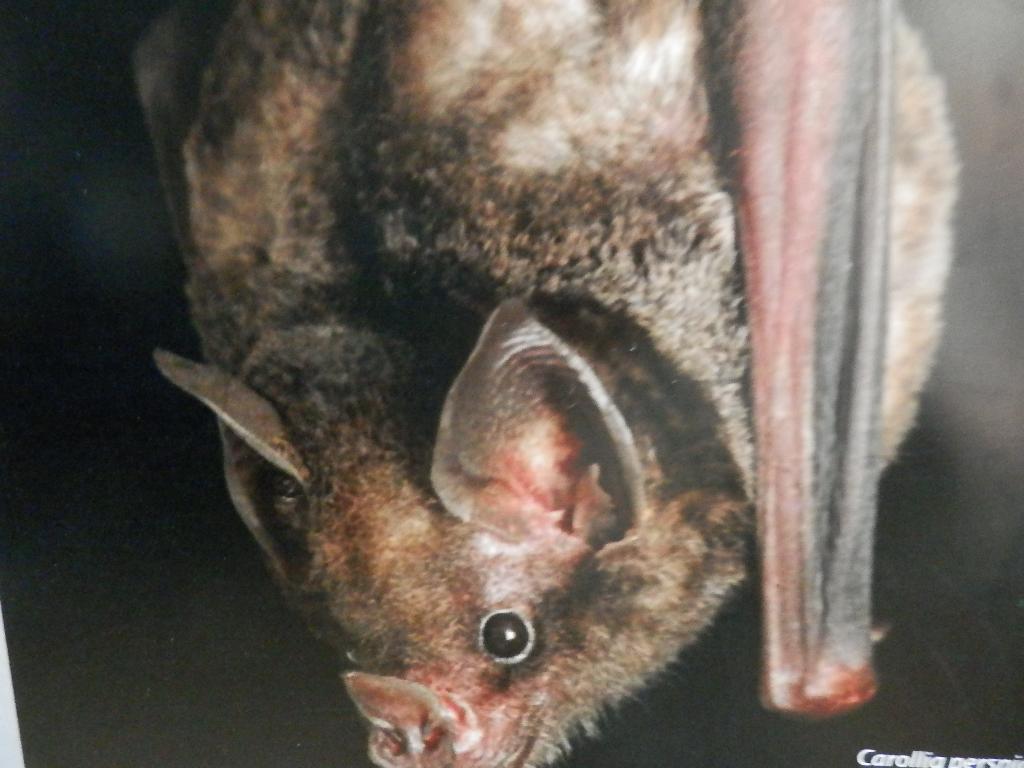 “Bats can carry rabies so any bat bites should be taken seriously,” she adds. “Bats are also part of the popular culture. Batman and Dracula are examples.”

Photos and descriptions explain how bats live and add to the biodiversity. Some species eat insects. Others eat fruit. Others suck pollen out of flowers and help pollinate plants to keep the forest growing. A few are meat eaters filling their diets with small animals. The ears, tongues, and teeth of each species are adapted to its type of food. Their excrement helps to keep the forest green and as guano is considered to be the best fertilizer in the world. 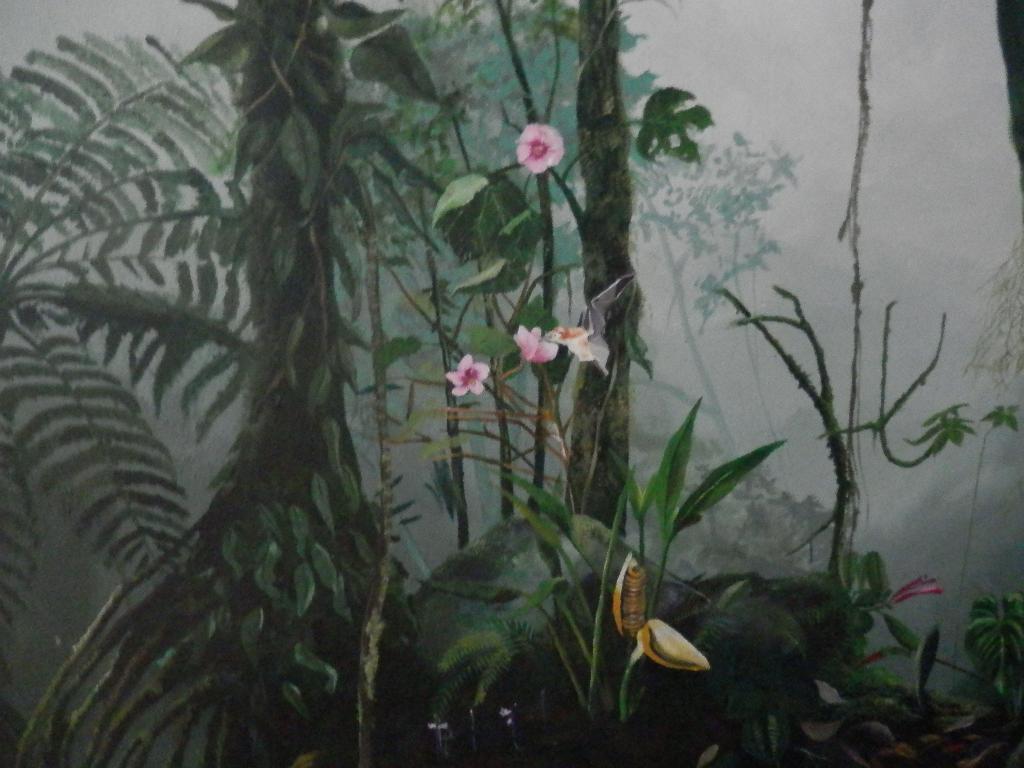 The regional museum is part of the University of Costa Rica’s campus in San Ramon and draws on it for source material. This is Brenes’s fourth exhibition for the museum. Her exhibit of the giant sloth is in the room next to the bat exhibit. The museum is a treat to visit for regional history, geography, and art.

San Ramon is easy to reach from San Jose and other areas, along the Bernardo Soto (the highway west from the airport) section of the Interamericana or Ruta 1.

The museum is on the corner diagonal from the church. It’s open from Tuesday to Saturday from 10 a.m. to 6 p.m. and is free.