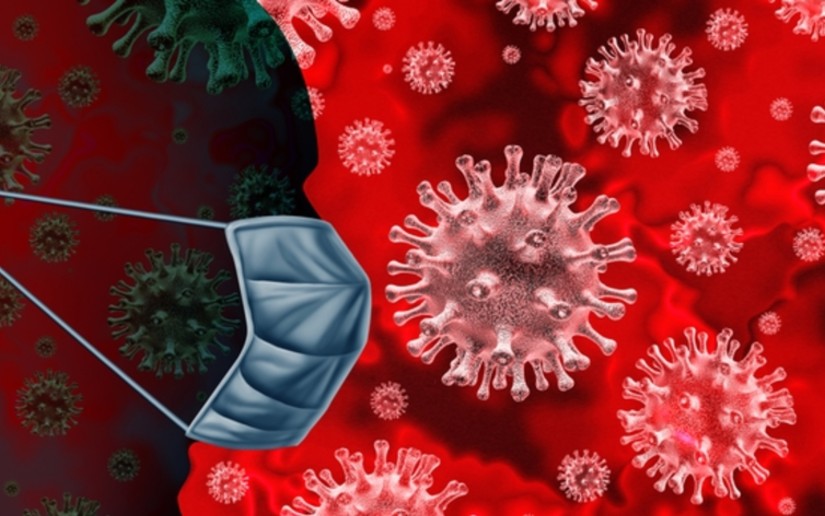 The number of people affected by covid-19 reached 618 this Tuesday, April 14, of which 66 have already recovered from the disease.

The number of patients increased only six compared to Monday, when 612 were reported.

In addition, a total of 19 remain hospitalized due to the disease, of which 13 are in intensive care (ICU) with age ranges between 35 and 85 years.

There have been three deaths, three men, two 87 years old and one 45. 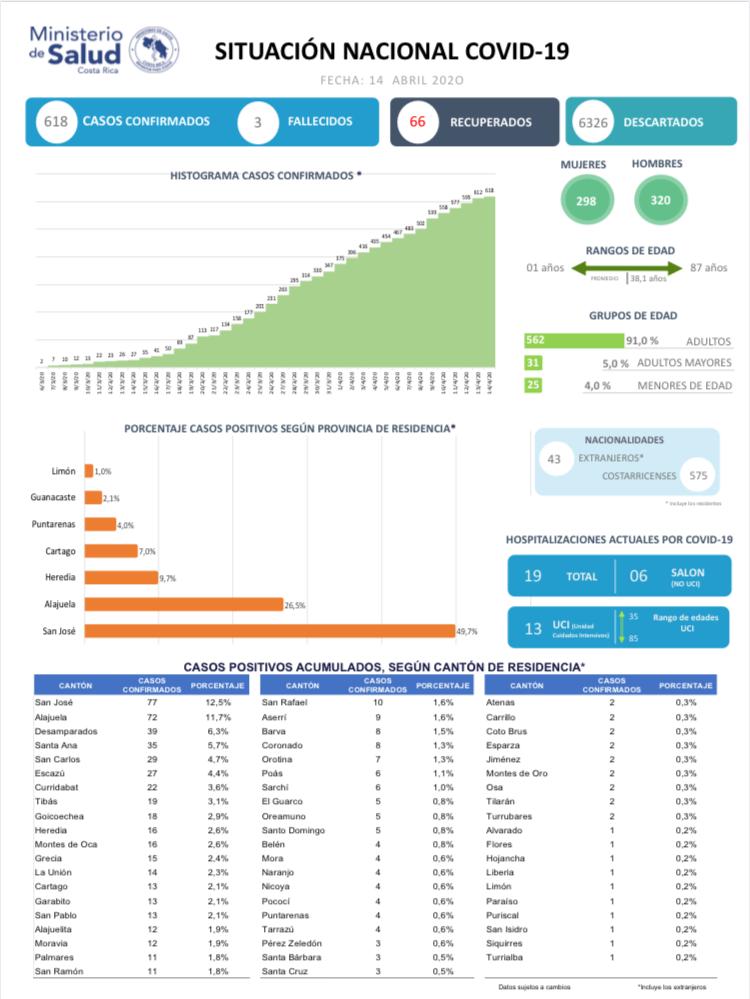 Throughout this month and a week of the presence of the virus, n Costa Rica, the Costa Rican Social Security Fund (CCSS) has already used 44% of the fund it has to deal with emergencies.

Román Macaya, executive president of the CCSS, explained that the institution has a contingency fund of ¢45 billion colones, to which another ¢20 billion were added.

Macaya explained that the funds were used to purchase respirators, converting the National Rehabilitation Center (Cenare) into the hospital specialized in cases of covid-19 and other equipment.

Also, to bring 55 tons of medical equipment donated by China to the country will cost the fund at least US$1.3 million dollars.

Macaya confirmed that much of the regular budget for the normal functioning of the CCSS has also been invested in fighting the pandemic.

How long will this emergency last?

Neither Salas nor Macaya know this, but they only warn that “the worst has not happened.”

The CCSS is close to knowing the first numbers of the hit of the health emergency on its finances, due to the drop in worker-employer quotas due to the thousands of layoffs and salary reductions in the private sector.

“This is going to require a country discussion on how we strengthen the finances of the institution that is leading the way in dealing with a crisis that has a double effect: we have to spend more and at the same time receive less. There is a decrease in income due to this crisis in employment and the country’s difficulties. That discussion needs to happen and also about how we strengthen the institution that is giving the country its face,” he declared.

After the call of health authorities, on Monday, for the high concentration of people in the main population centers that could provoke a rebound of patients for the next days or weeks, this Tuesday, the alert was for companies and institutions.

“I would like to remind the companies, the employers, the bosses, that responsibility that we have to verify, to put all the clarity so that the measures of attention to the public are complied with. It is a delicate matter and the decreases in capacity are seeking to protect the health of clients and their officials,” said Daniel Salas.

Among the measures, the minister is calling for of both private business and public institutions, are to indicate the distances that must be maintained even with marks on the ground so that people know where to stand and how to stand in line, with a distance of at least 1.8 meters.

Also, he said, they must disinfect surfaces, apply different schedules for senrios and enable places for handwashing.

“We have called a lot to individual responsibility, each person not leave their home to remain in this quarantine, but the person who has to go out because there are things that cannot be postponed, once we have overcome the possibility of doing it online or by phone, if they have to go out, they should feel confident that companies and institutions are following the recommendations and measures to prevent conglomeration,” said the Health Minister.

In the meantime, the individual should remember that if they touched a common object, they cannot touch their face without washing their hands.

“If we are on public roads because we had to go out, maintain that space between people, on the bus, the distance, those two meters become very important. they have to be fulfilled, respected, promoted by everyone is a matter of shared responsibility,” added Salas.

The minister reminded restaurants that they must operate at 50% of their capacity.

Despite concerns about the number of people on the street earlier this week, including the closing of a BCR branch for overcrowding, Salas declined to say whether measures will be stepped up.

“There is no way we can put a police officer behind each person to enforce the measures. Costa Rica is a sufficiently educated country so that it does not lead us into the trap,” said Salas.

He added that until it is achieved that a significant number of people have that development of the defenses against exposure to the virus, in the country we have to get used to living in a different way.

- Advertisement -
Paying the bills
Previous articleWorld Tourism Council proposes plan to save the travel sector
Next articleEx-Minister of Health Maria Luisa Avila: pandemic of covid-19 is not comparable with AH1N1

QCOSTARICA - A study by the firm Kantar revealed...