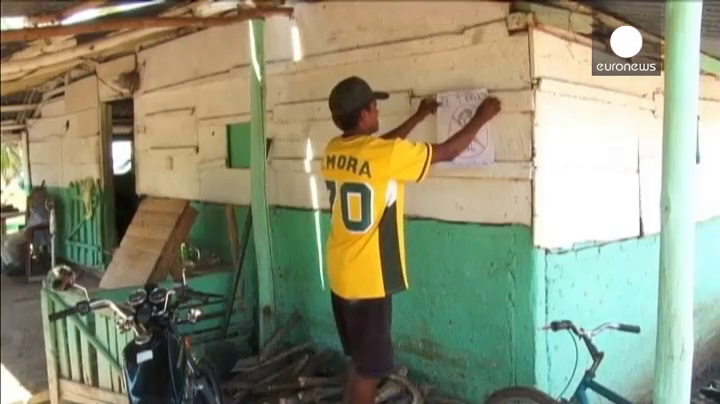 TODAY NICARAGUA NEWS – “Chinese out!” That was the chant from demonstrators in Nicaragua, where a planned new shipping channel to be built across the Central American country by a Chinese consortium has sparked opposition.

Protesters, who fear they will be displaced by the canal, took to the streets of the town of Rivas on Friday.

They say the 30 billion-euro project leaves people living along the route with an uncertain future.

“We want the Chinese out. We are not against development, letting the country grow, but what they are doing here is something that we will not allow,” said Julia Espinosa, who lives along the planned route, by Lake Nicaragua.

The proposed canal would cross the country, linking the Caribbean to the Pacific.

The distance of nearly 280 kilometres would make it more than three times longer than the Panama canal.

Opponents are concerned about the effect on Lake Nicaragua, an important fresh water source, as well as the impact on poor communities.

The project was approved by a Nicaraguan committee of government officials, businessmen and academics.

Today, Monday, June 21, we are back to the two plates that cannot circulate, in today's case plates ending in 1 & 2 CANNOT...
Front Page