No public institution in Central America charges for performing PCR tests and, even in most private centers, the cost is cheaper 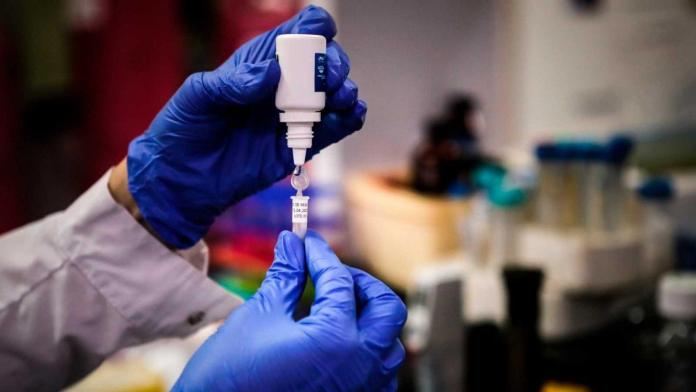 (TODAY NICARAGUA) In all of Central America, Nicaragua is the only country where Health authorities charge for carrying out the PCR tests to detect the spread of SARS CoV-2, despite the fact that, four months after the arrival of the pandemic, it does not report the number of tests carried out and their results.

The number of tests and results are safeguarded through the National Center for Diagnosis and Reference (CNDR).

The Ministry of Health (Minsa) announced this Friday that it will charge US$150 for carrying out polymerase chain reaction (PCR) tests that serve to identify the coronavirus. The test, available to Nicaraguans who must travel outside the country, will be carried out in the CNDR laboratory, which belongs to the State and operates in the “Conchita” Palacios Health Complex.

The cost of this test in Nicaragua, the poorest country in Central America, is even higher than that of private laboratories in Honduras, Panama, and Costa Rica, where it is available between US$44 and US$95; in El Salvador, US$165, and in Guatemala US$351. However, no public entity in these countries charges the population for the tests.

Furthermore, these countries have publicly reported the number of tests they have carried out and how many of them have been positive or negative, as they are part of their regular reports on the impact of the pandemic.

Centralization and secrecy with PCR tests

The Minsa has responded to the COVID-19 with the secrecy that characterizes the government of Daniel Ortega and Rosario Murillo, providing limited, fanciful, and confusing data on the number of infections. In addition, it refuses to carry out massive tests that would help to understand the behavior of the disease, or to allow its performance in private laboratories and hospitals.

“A more exhaustive sampling would oblige Minsa to make several essential changes, such as decentralizing the diagnosis of COVID-19,” suggested molecular biologist Jorge Huete, who argues that “hospital and center personnel can be trained in virus detection. and calling private hospitals, laboratories, and medical clinics to similarly purchase rapid or other diagnostic kits.”

According to the expert, this would be a not very expensive option, because unlike the cost of PCR tests, rapid tests are cheaper, the result is obtained in a few minutes and does not require super-qualified professionals. However, the Minsa has been reluctant to carry out these tests or decentralize the tests, even despite donations of these resources, about which it has not accounted either.

The Minsa has limited itself to carrying out tests on people who present several of the severe symptoms of the disease or who have been in contact with a positive person. Although there are complaints from patients and family members who assure that they were denied the tests and in cases where they did manage to get them done, they were told that their result was indeterminate or indefinite. Or they were only informed by telephone.

According to a count of the donations received during the four months that have passed since the arrival of the pandemic in Nicaragua, the Government would have received as a donation more than 30,000 tests and reagents to identify COVID-19 and more than US$15 million dollars in help to cope with the pandemic.

This week, it was also revealed through the Superior Council of Private Enterprise (Cosep), that the Government will acquire 100,000 more tests. However, the only information available is that the purchase will be simplified. In other words, it will not enter any tender established in national laws.

I also not known if it will be done with public funds, if it will be with the money received from donations or if they will do it through a loan. The Government remains silent about the destination and use of these tests, especially now that it has announced the cost of US$150, in a country where the minimum wage averages between US$180 and US$200 monthly.

Likewise, it omits why there is no mass testing of the population, although mass testing has not been part of the pandemic prevention and containment strategy, as demonstrated in its White Paper and in the Anti-Epidemic Fight plan that the Ministry presented At the end of June.

The announcement of the collection of the Minsa occurs days after the same Ministry finally decided to issue a resolution to establish the income protocol for national and foreign travelers, who will require a test with a negative result of COVID-19 that has been carried out in a period not more than 72 hours.

That same July 14, the Nicaraguan Institute of Civil Aeronautics (INAC) announced that in August they would be ready to resume operations at the Augusto C. Sandino International Airport, in Managua (MAG), which were suspended due to the lack of flights because although the Government did not close borders or suspended flights, many airlines canceled their trips last April when all the countries in the region promoted a quarantine against COVID-19.

- Advertisement -
Paying the bills
Previous articleNicaragua Establishes Protocol for National and Foreign Travelers
Next articleWho will get a respitator and not if hospitals collapse in Costa Rica?