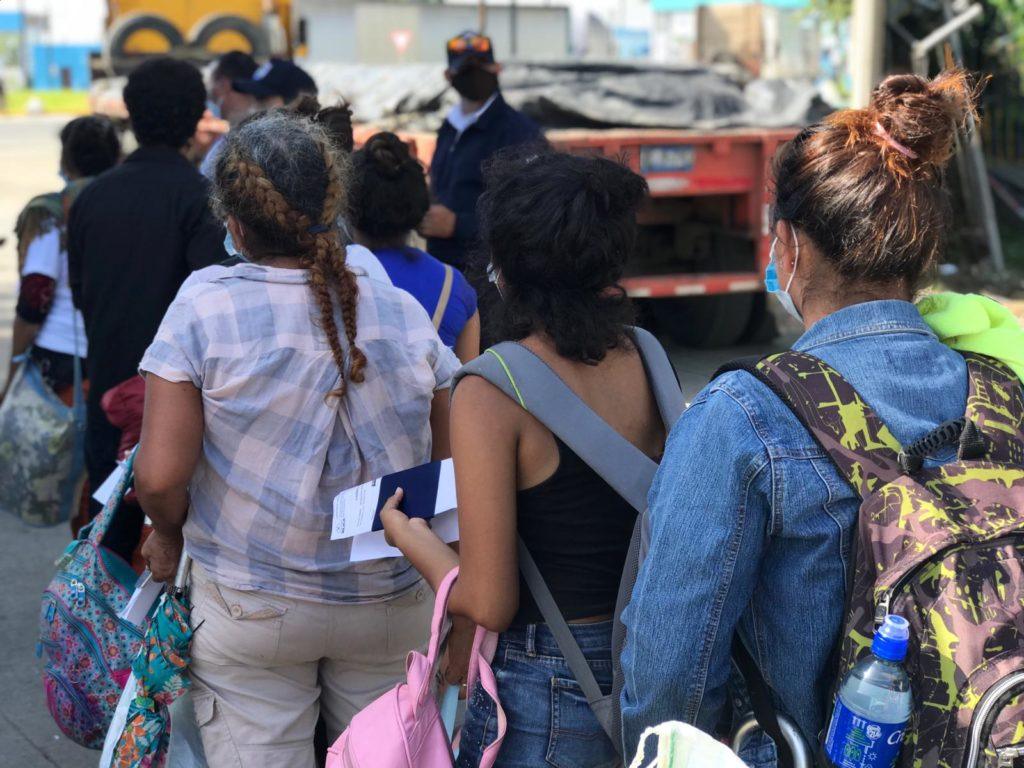 (QCOSTARICA) A total of 148 Nicaraguans, of the 169 who remained stranded in the Peñas Blancas border with Nicaragua, began the process to re-enter their country on Sunday, Costa Rica’s immigration service reported.

That process began after the COVID-19 test to which they were subjected was negative, which was an essential requirement for them to be allowed to return to their country.

“These people are being given their exam and the process of entering Nicaragua will proceed, in an orderly and coordinated manner with the Nicaraguan authorities,” immigration said in a statement.

Meanwhile, the 21 who tested positive for COVID-19 must remain quarantined on Costa Rican soil until they no longer have symptoms. They will be housed in a shelter prepared by the municipality of the border canton of La Cruz, where they will receive medical attention.

“People (who tested) positive are going to receive care through civil society, food and the medical service is going to be run by these organizations. (Costa Rica) Immigration has provided a place for civil society organizations to enter to attend to these people,” said Raquel Vargas, Costa Rica’s director of immigration.

“Tents will be installed with the right conditions. This approach will be carried out by the private company hired by civil society. They are in good health. They will remain there until the programmed new sampling. Food will be provided by Corner of Love, an organization that has been giving them food assistance throughout their stay at the border,” said Vargas.

Hundreds of Nicaraguans who were returning to their country from Costa Rica were stranded since last July 14 at the border, prevented from entering their home country by the new sanitary measures imposed by the government of Daniel Ortega due to the pandemic. 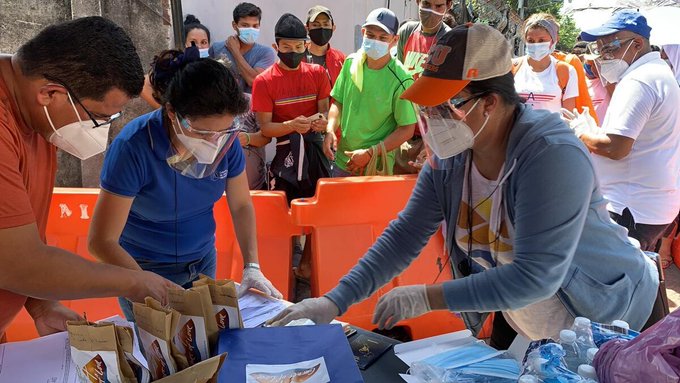 Within days the number of Nicaraguans stranded between the borders, having checked out of Costa Rica and not allowed to enter Nicaragua, grew to 300 by the middle of last week reportedly to more than 500.

During the two weeks, the dictatorship of Daniel Ortega only allowed a small group of women and children. The rest lived under the hot Guanacaste sun and dark nights, with little water and food and only one toilet.

in the so-called needle area in Peñas Blancas and in very difficult sanitary conditions, some 300 people came together. However, the Government of Nicaragua allowed the passage of some women and children, since they were at great risk in the place.

NGO’s in Costa Rica such as the Arias Foundation and Corner of Love, among others, provided support.

Civil society organizations and private companies organized and financed the COVID-19 tests for Nicaraguan citizens, which was conducted by the Hospital Clínica Bíblica.

“For civil society organizations, the Center for Labor Rights, the University of La Salle, the Foundation for Peace and other organizations that are supporting this issue, we are pleased to know that the results are already in place and that, of the total the tests carried out by the Hospital Clínica Bíblica, a very low percentage of approximately 12%, came out positive,” said Fidelina Mena Corrales, representative of the Center for Labor Rights.

Not a Cordoba to the regime

“The Covid-19 tests were financed by Costa Rican human rights organizations that work with the immigrant population,” said Braulio Abarca, coordinator of Communication and Public Relations of the Nicaragua Never + Human Rights Collective.

Since the tests were carried out in Costa Rica, the Nicaraguan Government, which established a cost of US$150 for each test and to be done only by the country’s Ministry of Health (Minsa), did not receive a single Córdoba for the tests made at the border.

Abarca added that the behavior of the Nicaraguan regime is a complete “violation of the human rights and fundamental freedoms of the Nicaraguan population,” citing Nicaragua’s political constitution, “(…) that no national can be expelled from his country of origin or restricted from entering it”.

(QCOSTARICA) Foreigners and nationals who want to enter Nicaragua from Costa...
Read more