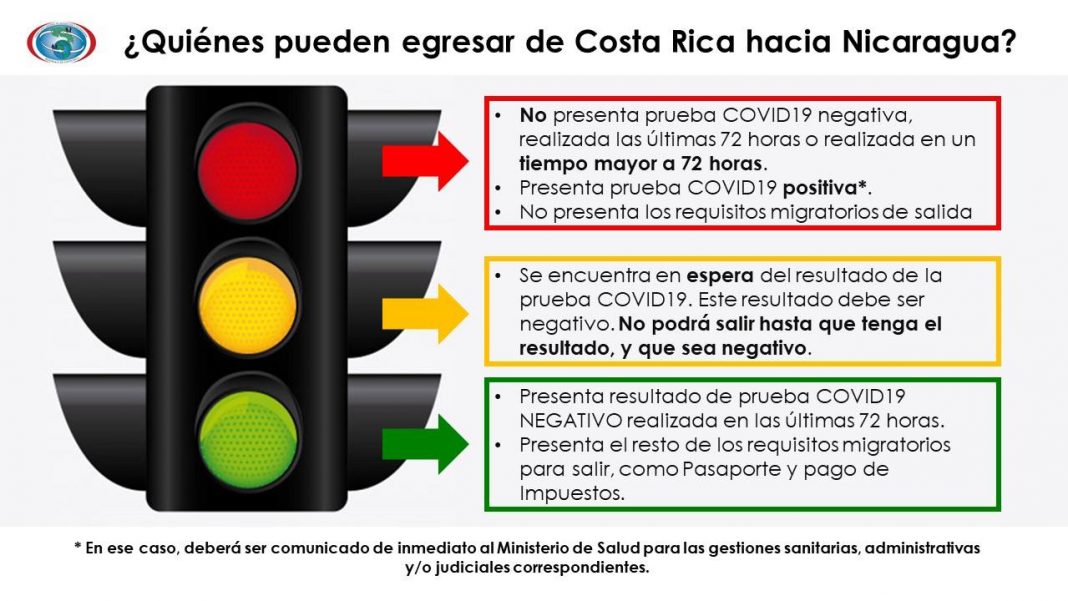 (QCOSTARICA) Foreigners and nationals who want to enter Nicaragua from Costa Rica will have to present a negative result in a coronavirus test carried out in the 72 hours prior to the trip. 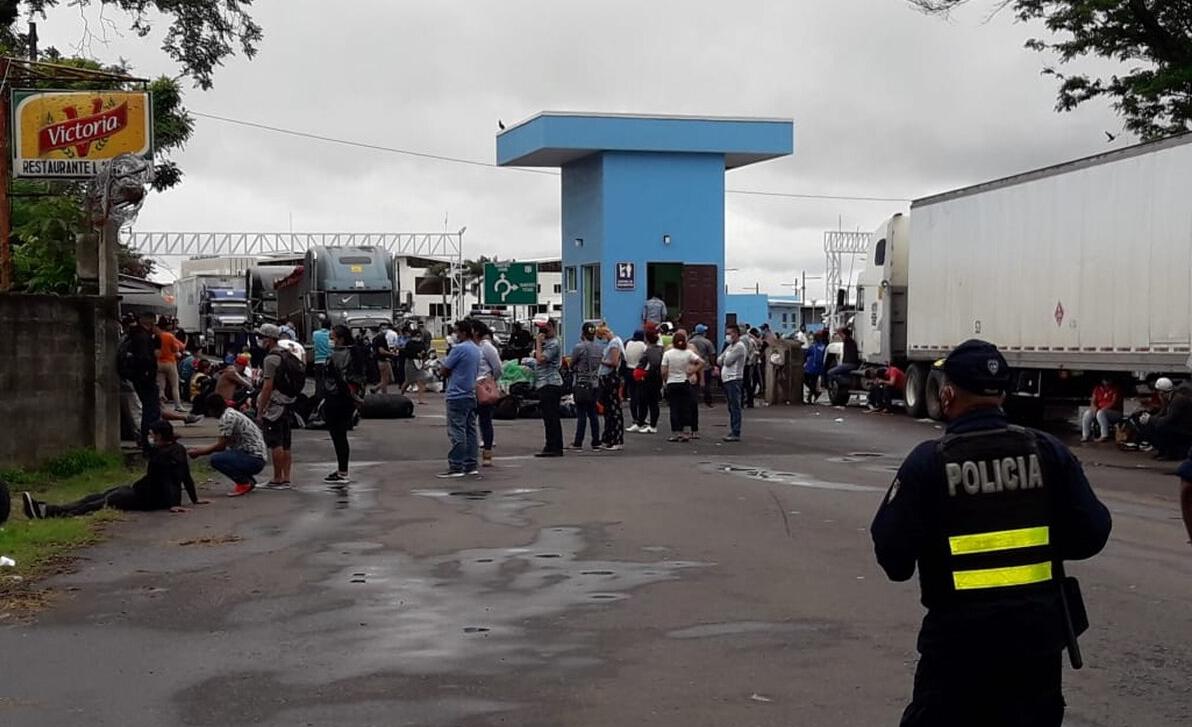 The requirement went into effect July 24, in compliance with a resolution by the Dirección General de Migración y Extranjería (DGME) – Costa Rica’s immigration service – responding to the decision of the Nicaraguan government to prevent the entry of a group of up to 500 of its citizens, who do not carry a negative Covid-19 test.

The measure applies by land, sea, or air.

It also urges the public and private means of transport, as well as the Public Transport Council (CTP), to require this requirement from people who intend to travel to Nicaragua before taking them to the country’s northern border.

According to the director of immigration, Raquel Vargas, the determination aims to prevent an outbreak of the respiratory disease in the border area.

“It is very important to prevent outbreaks of contagion from the Covid-19, not only of the officials and police of the institution but also of the inhabitants of the border areas and those who have to transit through the border posts. 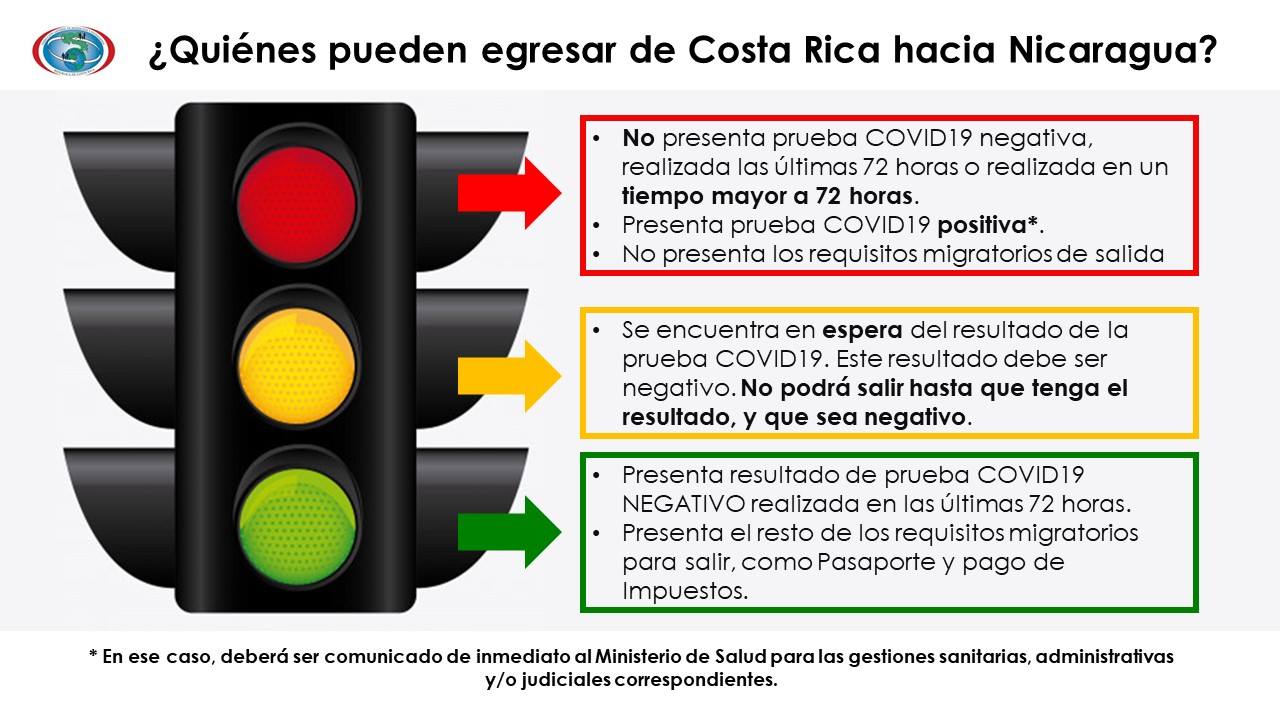 “For this reason, and to avoid agglomerations before an impossibility of entering Nicaragua, we strongly request Nicaraguans who want to go to their country, that before making the trip, have the Covid-19 test with negative result with them, thus avoiding inconveniences and a high risk of contagion,” explained the director.

The immigration service explained that the testing must be done at any private medical service, ie clinic or hospital, at a cost, and not provided by the Ministry of Health.

The requirement of the negative test results was a surprise to the hundreds of Nicaraguans weather the elements, hunger and basic needs while stranded in noman’s land (the area between the two border crossing) for days now.

The government of Daniel Ortega imposed the requirement with prior notification. The Ortega dictatorship also requires that testing in Nicaragua can be done only by the Ministry of Health (Minsa) labs located in Managua and at a cost of US$150 dollars.

This situation is in development.

Getting covid tested at the Liberia airport

RICO's COVID DIGEST - I had to opportunity to be at...
Read more