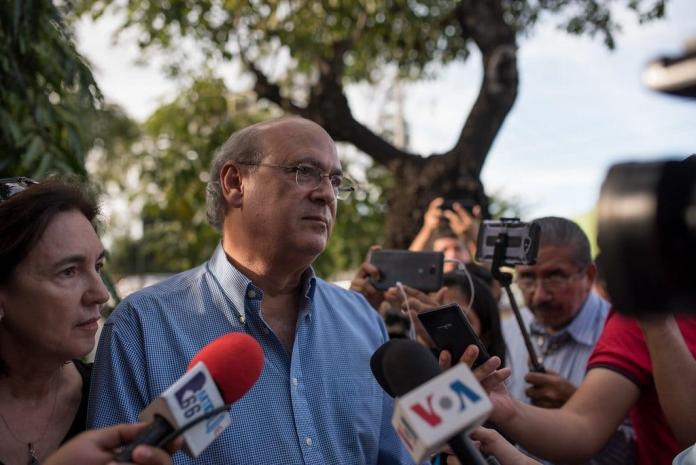 By Carlos F. Chamorro, Confidencial – The repressive onslaught aimed at eliminating all political competition from the November 7th elections began five weeks ago, on May 20. On that date, the police assaulted the Confidencial editorial offices for the second time, with no legal warrant or justification. Their objective was to abduct me and silence an independent media outlet.

Since then, President Daniel Ortega, who is also running for another reelection, has ordered the arbitrary arrest and detention of 21 electoral hostages. Among them are two of my siblings: my sister Cristiana, and my brother Pedro Joaquin Chamorro Barrios. Those jailed include five presidential candidates, eleven political and civic leaders, a prominent businessman, a journalist, two professionals and one driver. All are being held in jail or under house arrest, with no right to a defense.

On June 13, the regime’s foreign minister issued a document with the incongruous title: “In defense of the Rule of Law”. The document attempts to justify the repression and the closure of political spaces as a response to an “external conspiracy”. Without any investigation or trial, that official document charges me with supposed crimes, with the threat of silencing me.

Eight days later, on Monday, June 21, dozens of riot police raided my home, under orders of the Supreme Chief of Police, Daniel Ortega. Once again, this took place with no legal warrant, and with the intention of imprisoning me.

Given this persecution, which threatens my own physical integrity and that of my family and colleagues, I found myself once more forced to go into exile, to safeguard my freedom and to be able to continue exercising journalism.

With the patriotic legacy I inherited from my parents, Pedro Joaquin Chamorro and Violeta Barrios, I reject with all my strength the criminal acts they’re trying to accuse me of. I have no need to defend myself from the slanderers – my journalism and that of Confidencial speaks for itself.

In Nicaragua, the traitors to the nation are those who violated the Constitution and committed acts of public corruption, stealing government money destined for the poor, in order to enrich their family businesses.

The sell-outs are those who mortgaged our national sovereignty with the Ortega-Wang law for an inter-oceanic canal. That law still threatens to strip small farmers of their land.

The only coup plotters are in El Carmen, the presidential family residence and offices. They’re the ones who pulverized the rule of law and democratic institutions. The coup plotters are those who massacred the people during the civic protests of April 2018, and later truncated all constitutional freedoms, and imposed the police state that currently misgoverns us.

It’s fallen to us as journalists to document that shameful history of dictatorship and repression. But also, to tell the other story: of pain, resistance, and hope. We’ll continue telling that story in memory of the victims, without ever accepting censorship or self-censorship, nor the criminalization of journalism.

I’m grateful to the government of President Carlos Alvarado and the Costa Rican people for sheltering me in exile a second time, in order to continue exercising journalism that firmly represents our commitment to the truth.

I urge all our audiences to continue supporting the independent press, which represents the last reservoir of our freedoms. I’m convinced that sooner, rather than later, Nicaragua will once more become a Republic: in democracy, with justice and without impunity.

This article was originally published in Spanish in Confidencial