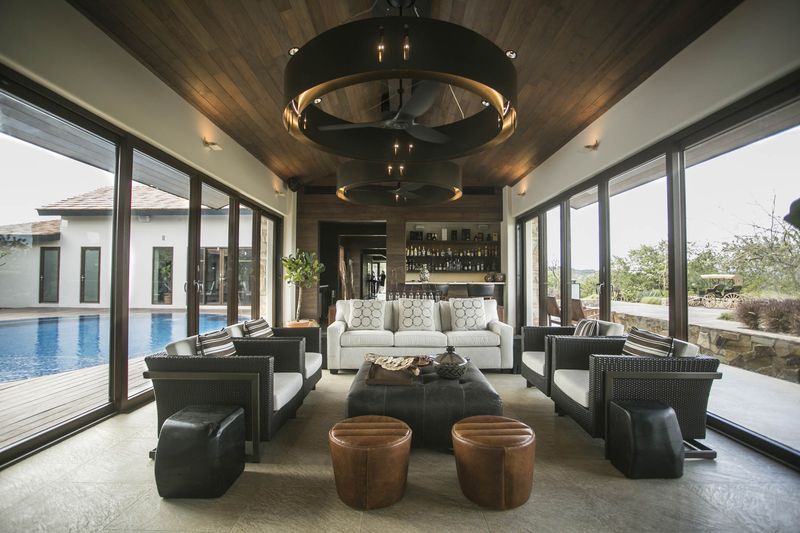 TODAY NICARAGUA – By any measure, Alfredo and Theresa Pellas have already transformed their home country of Nicaragua. With the help of 1,000-plus partnering nongovernmental organizations in the U.S. and beyond, their American Nicaraguan Foundation has served 265.5 million meals; built 19,936 homes; improved the health of 2,000 severely malnourished children; provided access to clean water for 81,000 Nicaraguans; and built or improved 128 schools, 55 community centers, 13 medical clinics, and 8 computer labs. For a country that was turned upside down by political revolutions and natural disasters in the late 20th century, it’s been a vital economic jump-start.

In 2016 alone, ANF allocated $5.8 million in cash and $90 million worth of in-kind goods toward helping Nicaragua’s poorest communities. In its 25 years of existence, ANF’s total impact has exceeded $1.8 billion.

Now the foundation is seeking a new, innovative way to reach potential donors: through a small, extremely luxurious resort that follows the goals of the nonprofit and offers an eco-friendly, ultra-exclusive experience.

The six-month-old Nekupe Sporting Resort & Retreat is a stunning eight-room countryside compound in the shadow of the Mombacho volcano, an hour and a half south of Managua. Unlike the backpacker lodges and surfing resorts on the country’s coast, Nekupe (or “heaven,” in the local language of Chorotega) is built to immerse travelers in Nicaragua’s little-known inland treasures: horseback riding along a series of lakes and mountains, clay shooting near a babbling brook, or sandboarding down an active volcano. It also has the goal of teaching moneyed visitors about ANF’s goals—including improving local employment opportunities, sustainable farming, and environmental stewardship. The owners have even reforested 1,300 acres around their property, which had been destroyed by slash-and-burn agriculture, and designated the land as a nature reserve, in hopes of conserving and regenerating local flora and fauna.

Nekupe was founded by Alfredo and Theresa Pellas, who are among Nicaragua’s wealthiest couples. Alfredo’s great-grandfather made a fortune in shipping and sugar production in the late 1800s, and his brother, Carlos, tasked himself with rebuilding the family’s businesses following the Contra war in 1987. Alfredo and Theresa are more soft-spoken and private about their wealth than Carlos, who has proudly borne the moniker of Nicaragua’s first billionaire, but the siblings share an eye for hospitality. While Alfredo and Theresa were busy turning ANF into the country’s leading relief and development organization, Carlos was building the country’s first five-star resort, Mukul.

Mukul set the standard for luxury in Nicaragua, ensuring that local communities could benefit from the country’s burgeoning travel industry. But Nekupe and ANF take things to another level entirely.

“The whole story of ANF is what I call the ‘millennium,’ ” Alfredo Pellas told Bloomberg. “It’s an economic and business model where we build homes but concentrate on villages,” he said. He doesn’t mean that figuratively. For ANF, building almost 20,000 homes for low-income families is just step one; providing water management solutions, improving education, and creating access to health care are what constitute a functional village.

Once a village is up and running, ANF gives it a tailor-made toolkit to help it thrive. “If the area is good for farming beans, we bring in an expert on beans to increase the productivity of campesino [farming] families,” explained Pellas. Beans are just one example. He has a team of 29 technical staff to implement a long-term economic strategy for each village; a common theme is replacing slash-and-burn agriculture with sustainably sound and more efficient practices, such as beekeeping, small-scale animal husbandry, or bio-intensive farming.

The end goal? Multiplying locals’ income from $2 a day to upwards of $10. Only then will Pellas see his work as fully realized.

“We’ve managed ANF like a business from the beginning, with internal and external auditors and only 2 percent dedicated to internal overhead,” he said proudly. He and Theresa cover that overhead personally, while Carlos and other relatives are among the more significant annual donors.

Where Philanthropy and Luxury Collide

Nekupe was never supposed to be part of the ANF story. “We were thinking of it originally as our personal vacation home,” said Alfredo. But it took seven years to build the property, and in that time it evolved its own philanthropic missions.

For one thing, it became part of the sustainable farming narrative when the Pellases decided to reforest their 1,300 acres by planting more than 14,000 endemic teak, mahogany, and fruit trees. (The area had been blighted after years of destructive agriculture.) Now it’s designated as a nature reserve, with hopes that habitat restoration will bring back local populations of wild boar, iguanas, monkeys, and native birds.

Turning Nekupe into a hotel also created a significant source of local employment: 100 percent of the 143-person staff is Nicaraguan, with 80 percent coming from the immediate community of Nandaime. With just eight rooms, they form a staff-to-guest ratio of 9 to 1.

Rooms, which start at $750 per night (and come with meals), include four suites in the main house, each with spacious proportions and sumptuous, masculine furnishings: tufted leather headboards, dark-stained wood walls, gabled ceilings, and wall-to-wall windows. And four standalone villas are each themed after local trees, using either the wood, fruit, or scent of indigenous species such as the madroño and jicaro.

“We wanted our clients to have very high-end luxurious accommodations that blend in with nature,” said Pellas, adding that “every move we made during construction, we made with respect to nature and the trees.”

An Escape From the World

No, your stay is not a sales pitch for ANF. And the room rates don’t turn into automatic ANF donations. In fact, the hotel and the foundation are registered separately and treated as different businesses. You can come here with zero social agenda and have a perfectly undisturbed getaway with no heavy-handed reminders of the real world outside Nekupe’s five-star bubble.

But Pellas believes that subtle exposure to ANF’s missions—be it interactions with the staff, an afternoon picking endemic crops in the property greenhouse, or a visit to the local school—will give travelers a deeper connection to the country they’re visiting. So he’s creating a series of programs, showcased in beautifully branded materials in each room, that allow guests to visit or volunteer with a series of ANF-funded projects.

“I imagine the type of clientele that we attract are also sensitive to the things that are happening in the places that they visit,” said Pellas, pointing to a growing class of socially engaged travelers. He thinks highly of his guests, both intellectually and professionally, imagining they’ll offer him support in the shape of both donations and creative problem-solving skills—say, a cost-effective connection for solar panels. Whatever people are interested in personally, he said, is a springboard for possible contributions with ANF, monetary or otherwise. And if one of those travelers happens to be the chief executive officer of a company looking to boost its charitable giving, he’ll consider it icing on a very tall, very carefully crafted cake.

“People can come here and enjoy Nicaragua, see how good the Nicaraguan people are, the tremendous character they have in everything they do,” he said. “And maybe then they will say, ‘OK, how can I help?’ Every client and every donation stands to change our country tremendously.”

- Advertisement -
Paying the bills
Previous articleIACHR: Venezuela Remains on Human Rights “Black List”
Next articleFemicide: Is a Woman’s Life Worth More Than a Man’s?

(TODAY NICARAGUA) Flying to Nicaragua in these times of pandemic is...
Read more

The Nicaraguan Institute of Tourism reports that during 2018 the country...
Read more

QCOSTARICA - The morning warming and the entry of...
Reports