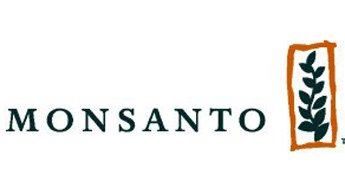 Monsanto, the global agro-industrial corporate giant that is used to having its way around farming operations around the world in the name of big profits, is experiencing one setback after another. The next disappointment for Monsanto in the near future could arrive in Costa Rica via the country’s Constitutional Chamber (informally known as Sala Cuarta).

A few weeks ago, Costa Rica’s highest court accepted a request for judicial review by several concerned parties over the gains Monsanto had made in the country with the approval of some of their transgenic corn seeds for cultivation. It all started in early July, when the acting Head of General Procurement of Costa Rica, Ana Lorena Brenes, issued a report that echoed the sentiments of citizens’ groups and organizations opposed to the spread of genetically modified organisms (GMOs) in our country.

Pulling a Fast One

The report by General Procurement Officer Brenes indicated the strong doubt cast by the decision of Costa Rica’s National Technical Committee on Bio-security (CTNBio in Spanish), which essentially approved a request by an agricultural company to plant several hectares with the GMOs MON-603, MON-88017 and MON-89034. It is important to note that the company in question, PL Semillas, is a subsidiary of Delta Pine Land, which itself is a shell company that acts a subsidiary of Monsanto. Using this corporate hodgepodge is part of Monsanto’s modus operandi since the company is not welcome in Costa Rica and therefore lacks an office here.

Although there is a strong possibility that Monsanto used corporate obfuscation and bastardy, as well as greasing of palms, to get the uncharacteristic CTNBio approval, the report by Brenes omitted such speculation and got straight to the heart of the matter: The people of Costa Rica were denied their fundamental right to access important administrative information about the nature of the request by PL Semillas. It is inconceivable that CTNBio would have so easily approved a request to plant MON-603, a transgenic corn strain that France has strongly opposed to due to concerns about what the crop does to the soil in the long run.

Those who signed the appeal against Monsanto before Sala Cuarta, who include indigenous people of Costa Rica, environmental activists, farmers, and legislator Jose Maria Villalta from the Frente Amplio (Broad Front) political party -who is also a presidential candidate, are confident that their the court will rule in their favor. After all, they have legislation against transgenic crops on their side, as well as the fact that 59 out of 81 municipalities in Costa Rica have adopted ordinances to prevent cultivation of harmful GMOs on their jurisdictions.

Costa Rica is not the only nation that has proactively rejected Monsanto. In mid-July, the company confirmed that it will retreat its efforts of marketing new engineered seeds in Europe; this was confirmed by a press release from Greenpeace International. An investigative journalism report by Chris Parker in the Miami New Times, “How Monsanto is Terrifying the Farming World,” concludes that despite the company’s stronghold in the United States agricultural industry, things are turning around and opposition to transgenic crops is gaining momentum from Florida to California.