Rico’s TICO BULL – Several Facebook pages are using photos from 2016 to affirm that groups of Nicaraguans are burning the Costa Rican flag in different parts of the country. 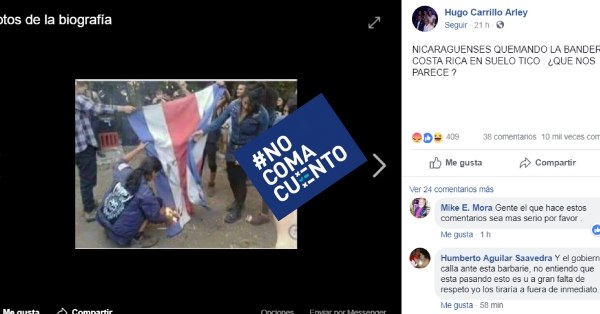 The image used belong, really, to a punk concert performed in Sabanilla de Montes de Oca more than two years ago. Those involved in the burning were not Nicaraguans. 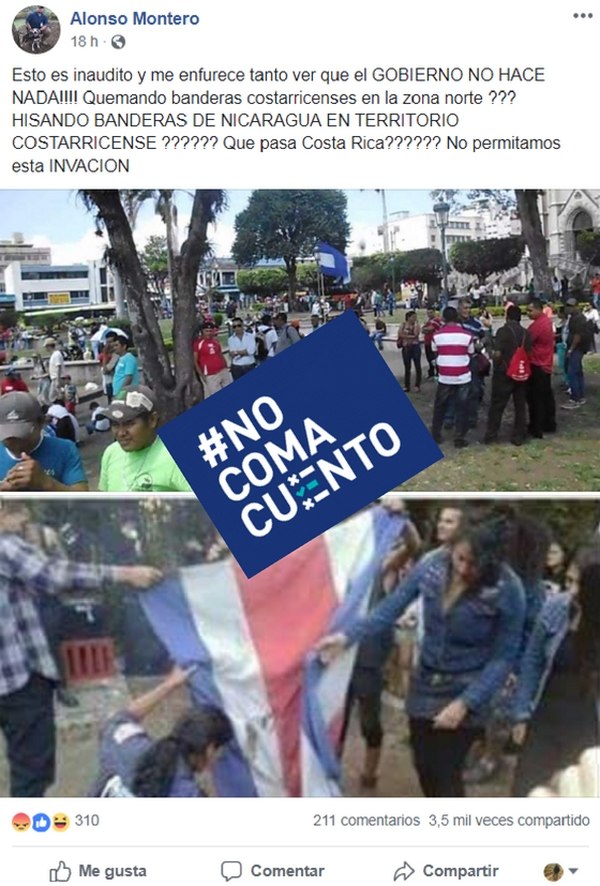 False information regarding Nicaraguan migrants has increased in recent weeks, while the visa and refuge requests grow to legalize their stay in the country given the current situation in Nicaragua, mired in a socio-political crisis for more than three months that has left hundreds dead.

In the past week, false information circulating the social media:

QCOSTARICA - This week millions will watch the transfer of powers...
Read more

QCOLOMBIA – For the past two weeks, mass protests that started on April 28, have rocked Colombia, leaving at least 42 people dead and hundreds...
Trends

Slots are the most popular category in any casino. Gambling websites feature hundreds of these games, simplistic and elaborate. Reel symbols range from cherries...
Health

NOTE: Monday afternoon the government announced changes in the vehicle restrictions that take effect Tuesday, May 11 and capacities (aforos) starting May 13 and...
National

QCOSTARICA - The Cruz Roja (Red Cross), on Saturday,  suspended the extraction of the body of nutritionist Marialis Blanco Vega, who was found dead...
Health

QCOSTARICA - In contrast to the belief that only the old get deadly sick after being infected with covid-19, a 27-year-old old and a...
Nicaragua

TODAY NICARAGUA – The Observatorio Ciudadano (Citizen Observatory) report revealed this Friday, May 7, 878 new suspected cases of infection with the virus and...
Coronavirus

The German health minister, Jens Spahn, said that despite falling daily cases of the COVID-19 in Germany, caution is still needed. "Everyone will experience this virus," Spahn...
HQ

QCOSTARICA - The Caja Costarricense de Seguro Social (CCSS) says that its hospitalization figures for serious covid-19 patients are in the red. In a statement ...