Venezuelans who emigrated between 2015 and 2020 to Costa Rica are in a much more vulnerable condition than those who arrived between 2010 and 2014, due to the deepening crisis in Venezuela.

The General Secretariat of the Organization of American States (OAS) today published a Report on the “Situation of Venezuelan Migrants and Refugees in Costa Rica,” which addresses the situation in which some 40,000 Venezuelans who have emigrated or fled to Costa Rica. 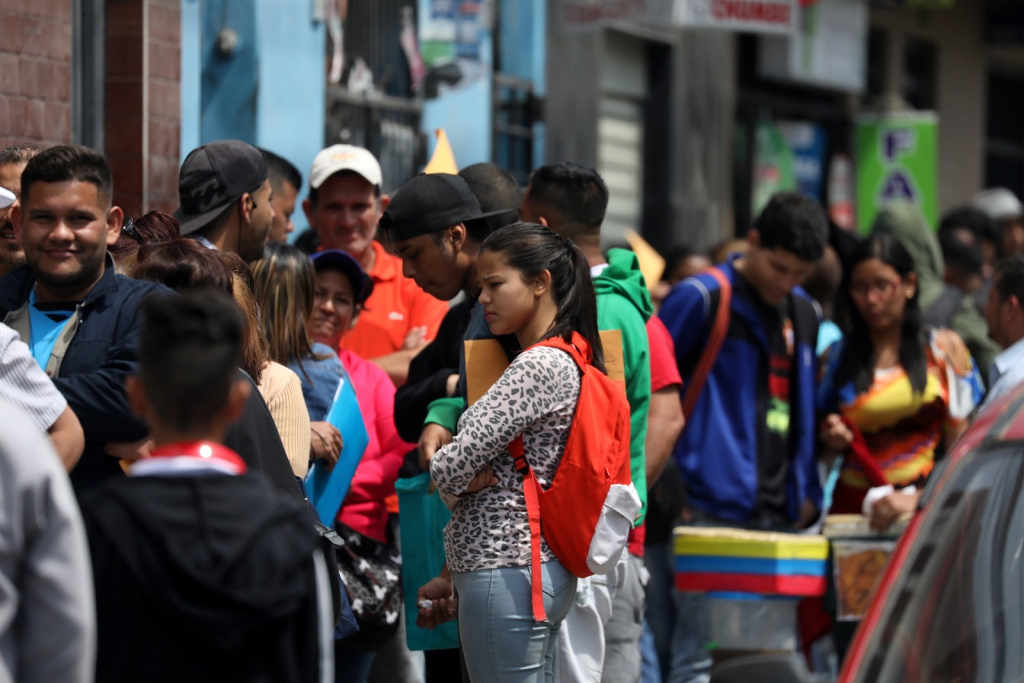 “The efforts made by the Costa Rican authorities to accept the expired Venezuelan passport and be one of the few Central American countries not to place immigration restrictions, such as visa applications, for displaced Venezuelans,” the report said.

The document indicates that the Venezuelans who emigrated between 2015 and 2020 to Costa Rica are in a much more vulnerable condition than those who arrived between 2010 and 2014, due to the deepening crisis in Venezuela. The profile of the Venezuelan migrant in Costa Rica has changed and, increasingly, those who arrive require humanitarian assistance and greater support for their integration into labor markets.

“Those who arrived ten years ago, did so with economic means that allowed them to establish themselves and integrate into the labor markets easier. This first wave of migration has served as support for the displaced Venezuelans who have arrived since 2014, ”says the report. However, in recent years Venezuelans “arrive in more vulnerable conditions, with lack of food, health, employment and shelter. Many of them only have the financial means to buy the plane ticket and arrive in Costa Rica requesting that they be granted refugee status, ”he adds.

The testimonies compiled at the working groups reaffirm that “Venezuelans flee from generalized violence, alteration of public order, violation of human rights and foreign occupation”. In this regard, the report claims that it is essential to create the basis of a regional consensus that grants refugee status to the Venezuelan according to the Cartagena Declaration, as expressed by the OAS Working Group to address the crisis of migrants and Venezuelan refugees in the region in its regional report of June 2019.

In its conclusions, the report published recommends streamlining the proposal of the Costa Rican government to generate the Supplementary Protection instrument, “which would regularize many Venezuelans and facilitate their integration into Costa Rican society and labor markets.” In addition, the document urges the international donor community to support the implementation of this proposal, both technically and financially.

The Office of the OAS General Secretariat to address the Venezuelan migrant and refugee crisis, coordinated by David Smolansky, has the mission of working with OAS member countries to address the situation of more than 5 million Venezuelans who have fled to other countries, and they represent more than 14% of the population of Venezuela.

Globally, only Syria surpasses Venezuela in the flow of emigrants and refugees.

For the preparation of these reports, the Office visited all three countries. Likewise, 8 work tables were held in 7 cities between November and December 2019, including in Sao Paulo and Boa Vista (Brazil), San José (Costa Rica), and Barranquilla, Cúcuta, Bogotá and Medellín (Colombia), in the which received more than 300 testimonies from people who have fled Venezuela to these countries.

QCOSTARICA - The President of Costa Rica, Carlos Alvarado, described the persecution of Nicaragua President Daniel Ortega against opponents as reprehensible after the government...
Photos of Costa Rica

QCOSTARICA - The United States has eased travel advisories for most Central American countries, with the exception of Costa Rica and Nicaragua, according to...
Weather

QCOSTARICA - Characteristic of the rainy season, we will see rain in the afternoons and nights in the Central Valley, the entire Pacific coast,...
Latin America