Obama ‘Screwed’ Us, Cuban Migrants Lash Out At U.S. President 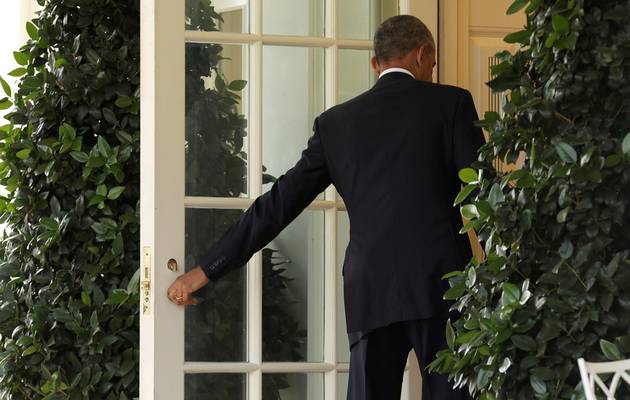 Many Cuban migrants feel US President Barack Obam turned his back on them.Much of the anger is directed at him personally.

TODAY CUBA / President Barack Obama, on Thursday, one week before his mandate ends, issued a statement on ending the “wet foot, dry foot” policy, saying, “By taking this step, we are treating Cuban migrants the same way we treat migrants from other countries.”

“Obama has screwed all Cubans,” Yadiel Cruz, a Cuban in Panama bitterly told AFP Thursday upon learning the US president has suddenly made it tougher for migrants like him to get into the United States.

Much of the anger was directed personally at President Barack Obama for announcement, with immediate effect, a policy that had given near-automatic entry to the U.S. to Cubans who set foot on American soil, regardless of their visa status.

Such was the case last year for thousands of Cubans stranded in Costa Rica (after Nicaragua closed its borders to them) making their way from Cuba via Ecuador that did not require Cubans a visa (Ecuador has since reinstated the visa requirement) through Colombia’s Darien Gap — an inhospitable, swampy, snake-infested stretch of jungle dividing Panama from Colombia – with the intent of an overland trek through Central America to Mexico and a U.S. border.

Their ordeal included running into a gauntlet of thieving police, gangs and money-sucking people-smugglers along the way.

The 33-year-old told AFP up what many of his Cuban compatriots’ feeling of sadness and anger, as they digested the news in a shelter in Panama’s capital. But, he declared, “for me, I’m not going back.”

Now, like those who attempted to cross by water, they could face deportation back to Cuba unless they convince U.S. officials they were afraid of being persecuted or had valid humanitarian reasons to be allowed to enter.

“We feel sadness because we are all coming with a dream that comes from pain, hunger and a lot of work to get this far,” said Lorena Pena, a woman four months pregnant who left Cuba with her husband and four-year-old daughter.

Obama, she said, “screwed up, because what he’s done is hurt us — so he really isn’t as good as everyone says.”

For the tens of thousands of Cuban migrants, the “Wet foot, Dry foot” meant that many of them felt they were on their way to a new life in America, once they reached the border, through a 1966 law, the Cuban Adjustment Act, that offered Cubans a fast-track to U.S. residency and legal employment.

The number of Cuban migrants spiked in 2015 and 2016, after Washington and Havana agreed to a thaw in their long hostile relations. Many of those fleeing feared exactly what came to pass Thursday: the closed door to the U.S.

Since 20015, the wave of Cubans, along with a decision by Nicaragua to close its border to them, created a backlog in Panama and Costa Rica that prompted both countries last year to try to shut out arriving Cubans.

But while numbers have dropped, the flow hasn’t ceased.

The surprise move was made days ahead of Donald Trump, known for his anti-immigration stance, taking office. The news rattled nerves, sparked frustration and evoked tears among the Cuban migrants, at the Caritas charity in the Ancon neighborhood of Panama City, and whose fate is now not known.

Their destination hasn’t changed. But now the reception and easy access they had hoped for is less likely.

“I’m going to wait a few days to watch the news and see what gets decided. Here we will wait for Donald Trump to take over and see if he will help us,” Wilson said.

QCOSTARICA - Changes in consumption habits in terms of times, types of preparation and specialties challenge the coffee sector. Most of the consumers in Costa...
Corrupion