Obama To Arrive In Costa Rica At 2pm 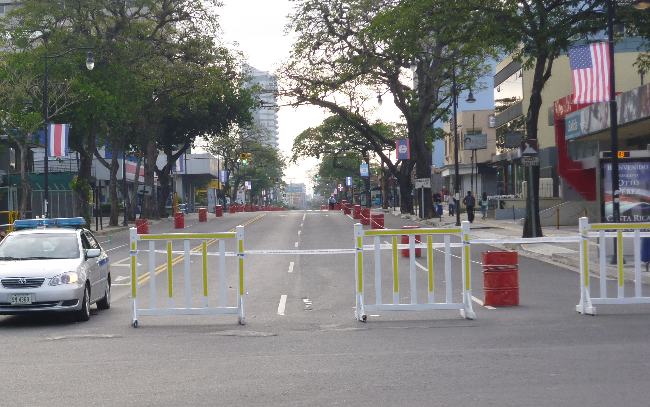 Paseo Colon at 6:10am this morning

The presidential plane, Air Force One, is expected to touch down at the Juan Santamaría international airport at 2pm today, when U.S. president Barack Obama starts his official 22 hours in the Costa Rica.

In the early hours of this morning, Paseo Colon and Avenida Segunda had already been blocked off to all vehicular traffic.

The Fuerza Pública is using the National Stadium as a base for operations and officials have been posted on all bridges near the Obama motorcade route.