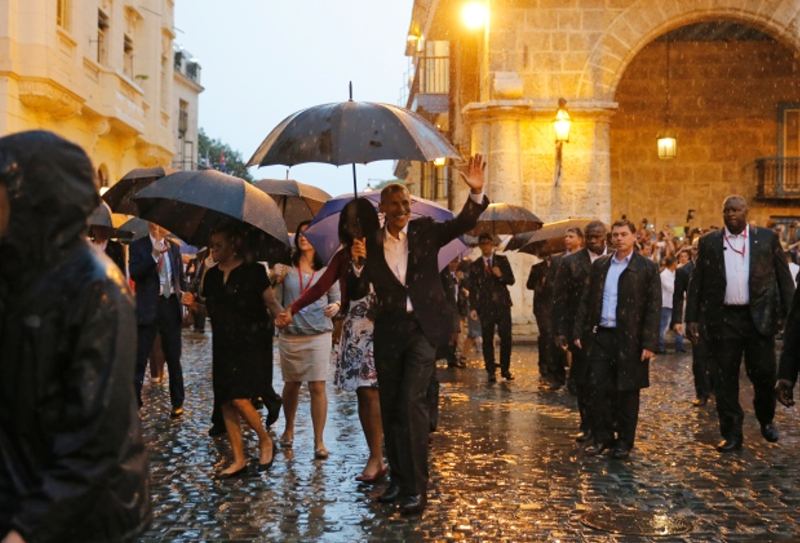 Under a drizzle and accompanied by his wife, Michelle Obama, and daughters Malia and Sasha, Obama began his journey in Havana’s Plaza de Armas, guided by the Havana City Historian, Eusebio Leal.

Obama also showed interest in other buildings of historical importance as the Palacio de los Capitanes Generales, the seat of government when Cuba was a colony of Spain.

As part of the tour it is scheduled the president to visit Havana’s Cathedral, a temple of great architectural, religious and cultural value, headquarters of the Archdiocese of the Catholic Church in the city.

Obama arrived in the island today for a historic three-day visit, the first one by a US president in almost 90 years after the Republican Calvin Coolidge attend the Sixth Annual International Conference of American States, held in Havana in January 1928.

The two countries resumed diplomatic relations on July 20, 2015 and turned into embassies the sections of interest operating in their respective capitals.

QCOSTARICA - The Government of Rodrigo Chaves has already...
Latin America