Obama Visit Challenges Isthmus To Show It Is United

The visit to Costa Rica by U.S. president Barack Obama, raises a challenge for the leaders of Central America, to show they united and submit joint proposals on issues such as cooperation and security.

It is not every day that the isthmus gets a visit from the leader of the world’s largest economy and in indeed, this is the first visit by Obama and his first participation in a summit of the Sistema de la Integración Centroamericana (SICA) – Central American Integration System.

“The meeting will give President Obama a unique opportunity to meet with the presidents of the Central America countries”, U.S. Ambassador in San José, Anne Andrew, told La Nacion.

According to Costa Rica’s Foreign Minister, Enrique Castillo, the visit symbolizes that the Obama administration is turning its eyes toward Central America, Mexico and the Caribbean.

For Castillo, the Obama visit is an indication of further political rapprochement between the U.S. and the region after a “certain indifference” by the former.

For the isthmus to present a united front, there is the need to overcome some of the obstacles such as disagreements between presidents Laura Chinchilla of Costa Rica and Daniel Ortega of Nicaragua.

Honduras and Nicaragua have also had recent brushes.

Colombia, Ecuador, Haiti and Uruguay are in the process of joining the System as Regional Observers as well as the United Kingdom in the Extra Regional Observer category. Their participation was approved by the XL SICA Heads of State and Government Meeting, held in December 2012.

The SICA has a standing invitation to participate as observers in the sessions of the United Nations General Assembly and maintains permanent offices at UN Headquarters.

Four countries, Guatemala, El Salvador, Honduras, and Nicaragua, are going through a process of political, cultural, and migratory integration and have formed a group called The Central America Four or CA-4, which has introduced common internal borders and same type of passport.

Political expert Luis Guillermo Solís maintains that the United States sees the countries of Central America as a single block, if there is no harmony, the opportunity may be lost.

“What is very difficult is that the region has something to say together, speak as one voice’, said Solis.

Panama’s Foreign Minister, Fernando Núñez Fábrega, told the wire agency ACAN-EFE, that Obama is expected to come out for a “boost of the Central American Union”. 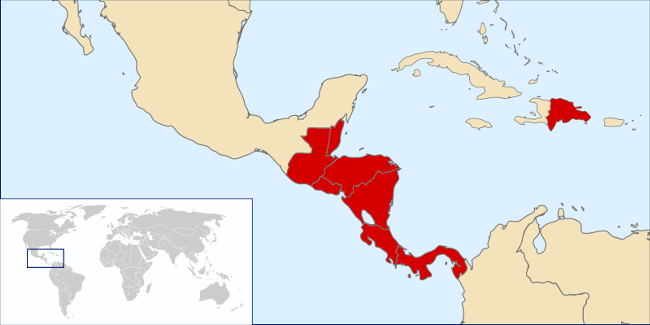 According to the U.S. Embassy in San José reports, Obama will discuss economic growth and development in the region. Meanwhile, governments have different issues they want to discuss.

El Salvador, for example, wants to talk about immigration issues, says AFP, as 2.5 million Salvadorans live in the United States.

The SICA summit will take place in San José on May 3 and 4.

Today, Saturday, June 12, only ODDS can circulate. The measure is countrywide and applied between 5:00 am and 9:00 pm, save for those under the...
Guatemala

Q24N - Arriving in the Guatemalan capital about two hours late, after the plane in which she was traveling had to turn around due...
News