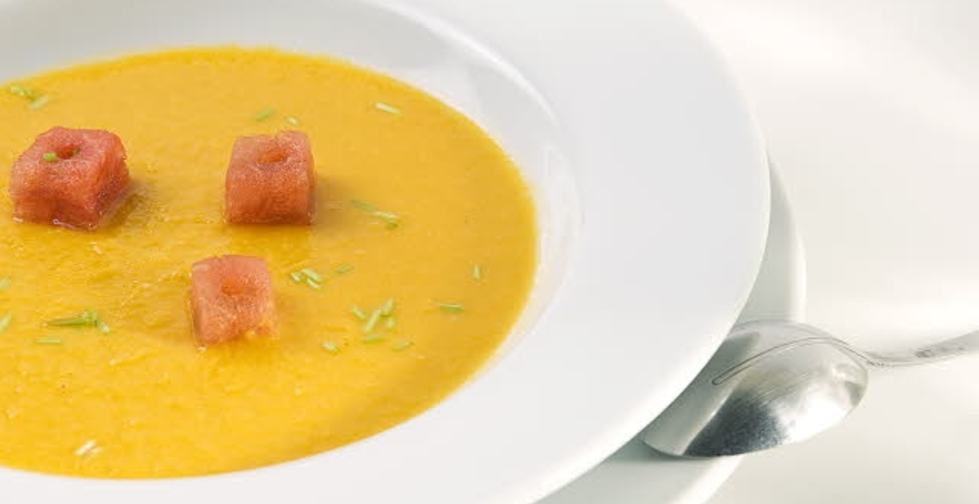 In English it is called Peach Palm Fruit, in Costa Rica it is Pejibaye, and it will be a special guest in the dinner for President Barack Obama and his Central American peers this May 3rd.

There will even be a tray with the red or Bellow fruit, cooked but unpeeled, so President Obama will know where the intense yellow of the dishes comes from. By the way, on security grounds, the names of the dishes were not disclosed.

May be the only one who will wonder is President Obama, since his chef and a good many of his security staff already know in detail the menu, the ingredients, their origin, the place where they were bought, the cooking process, the name of the cooks, their last few hours’.

“I was in charge when President Bill Clinton came (in 1997) and I can tell that security is a lot stricter now,” said Chef Isabel Campabadal, who is Foreign Trade Minister Anabel Gonzalez’s mother and Communications Minister Francisco Chacon’s mother in law.

She was entrusted with the dinner for the visiting heads of state that is to be held at the National Theater. She proposed a menu that went to the White House and was authorized by Mr. Obama’s cooks, who are led by Chef Cristeta Comerford, quite a celebrity in her field in the United States.

“They did not change one sole ingredient,” Mrs. Campabadal said, proud of her success in her cooking fusion concept, since she blends Costa Rican flavors with those imported.

Care. Even though she is not authorized to disclose the menu, she said it will be based on ingredients as tropical as pejibaye. Avocados and mangoes also play a major role.

Tomatoes, peppers, corn, thyme, and other vegetables will also be used to prepare cold dishes, since it is not allowed to turn on ranges at the National Theater.

The main course will be fish or seafood. The rule is avoiding spicy ingredients, only. Mr. Obama does not report allergies o intolerance to any food. At least, that is what Mrs. Campabadal was told.

Some 130 guests are expected to enjoy some 550 dishes, including the first course, two main courses, and dessert, which will be fixed by 40 cooks, 22 waiters, and 18 people in charge of setting up the dishes.

Everybody is under close watch. “I suppose they know even the minutest detail about all of us,” Chef Campabadal added and pointed out she even had to send a list of her suppliers to White House officials.

The presidents will eat in the foyer of the National Theater, a hall located on the second floor where people use to wait for performances to start.

There they will be surrounded by the tropical decoration designed by the firms Eventos Carlos Gil. Abundant foliage, with ferns and bromeliads, will be the way to represent the tropic. They will pay particular attention to the spaces where President Obama will pose for photos with his peers, Mrs. Maria Cristina Gil reported.

Click here for more on the Obama Visit Costa Rica 2013

Investing and getting a good income is one of...
Economy