Investigators are looking for everything about the plane and the circumstances that led to the death of 10 American tourists and two Costa Rican pilots on December 31, in Punta Islita 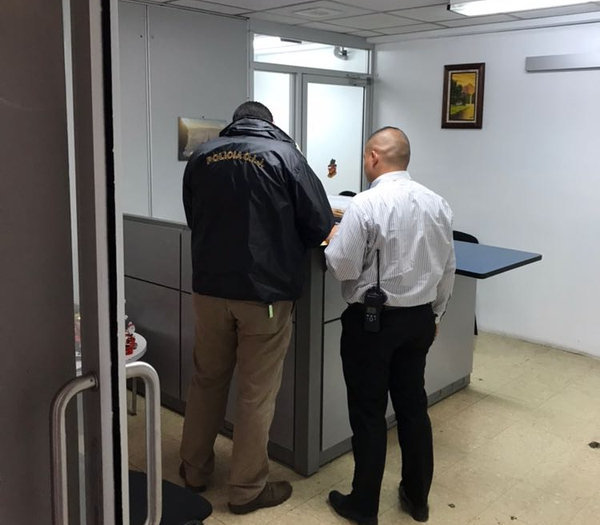 The Organismo de Investigación Judicial (OIJ) raided the offices of Nature Air on Monday, located at the airports Tobias Bolaño in Pavas and the Juan Santamaria (San Jose), part of the investigation into the December 31 plane crash that killed 10 Americans tourists and two Costa Rican pilotes.

The director said about 30 agents took part in the operation with the objective to collect information on the Cessna 208B Grand Caravan and files on pilots Juan Manuel Retana and Emma Ramos.

In addition, authorities want to know the identities of those in charge of the maintenance of the aircraft and those who gave the authorization for the flight to be carried out that day.

“Within the research process it is absolutely necessary to compile data related to the aircraft, flight logs, maintenance records, as well as the documentation and files of the two pilots and documents for work schedules and the maintenance crew on December 31,” explained Espinoza.

The police chief said as part of the probe first interviews were made with witness of the crash, valuations and measurements of planimetry, followed up with Monday’s recollection of documents for the prepartion of the report to be delivered to the Prosecutor’s Office (Fiscalia) about the case.

“We want to know the exact maintenance plan of the aircraft and the conditions presented by this light aircraft at the time of the catastrophe, as well as the analysis documents of runways, airport entry and exit protocols,” explained Espinoza. He added that they will also look for accreditation papers of the mechanics or those responsible for the maintenance of the aircraft.

The OIJ director said the process allows for a legal search for investigators to review material and approach witnesses or people who handle information important to the investigation. “We want to know everything about the airplane and the circumstances,” said Espinoza. 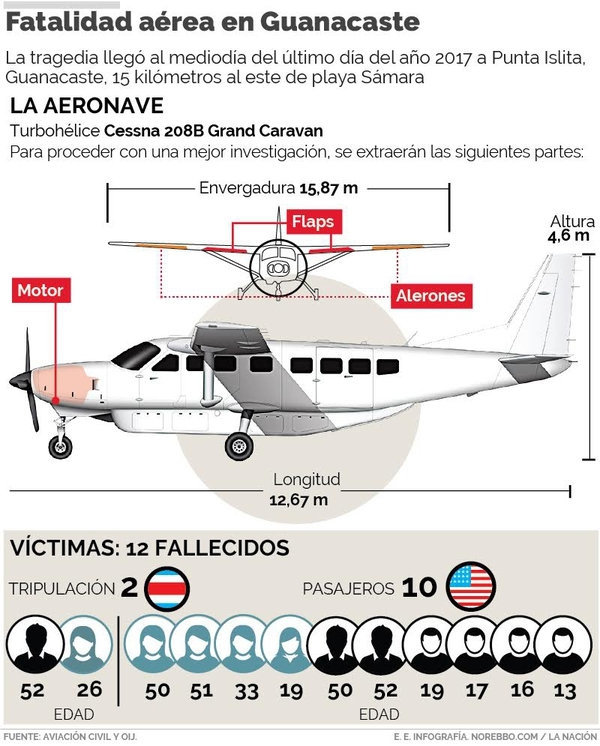 The victims of this crash were the passengers Bruce and Irene Steinberg of 50 and 51, respectively, and the children: William, Zachary and Mathew (of 18, 19 and 13 years; Mitchell and Leslie Weiss,50 and 52, and their children, Ari and Hannah, (16 and 19); 33-year-old Amanda Rae Geissler; and the Costa Rican pilots Juan Manuel Retana Chinchilla, 52 and Emma Ramos Calderón, 26.

Authorities say it is still too soon to speculate on what caused the small airplane to plummet from the sky shortly after takeoff in the area off the Punta Islita. Enio Cubillo, director of Civil Aviation, said last week it could take months to determine the cause of the crash.

According to Cubillo, experts from the U.S. National Transportation Safety Board (NTSB) and U.S. Federal Aviation Authorities, along with representatives of Cessna, the plane’s manufacturer, are assisting Costa Rican authorities in the investigation. The plane’s engine was sent to Canada, to its manufacturer, Pratt & Witney.

The investigation is focusing on the weather conditions at the time of the crash, possible mechanical failures and human error.

A close view of the two Boeing CH-47 Chinook of the...
Read more

QCOSTARICA - Strengthening trust is essential for the business...
National