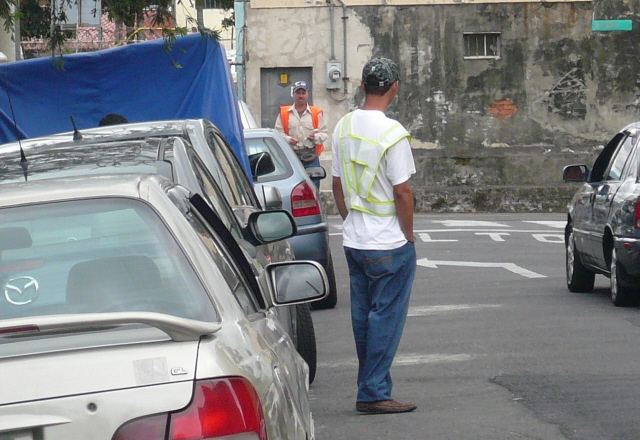 QCOSTARICA – The next time you leave your car under the watchful eye of a “guachimán” or “cuida carros” while shopping, or eating in your favourite restaurant, consider this: one out of five vehicle stolen in San Jose during 2015 were under the care of a watchman, reports the statistics of the Organismo de Investigación Judicial (OIJ).

According to the OIJ, in such cases the persons looking after the cars said they were not aware of the theft or were threatened if they got in the way.

Authorities recommend, if at all possible, not to trust those looking after your vehicle and if you do, keep an eye on the car or motorcycle regularly.

Most “guachiman” are honest but there are also criminals masquerading as, waiting for you to leave your vehicle in their care.

Best is to always park your vehicle in a parking lot and if you leave it on the street ask if the cuidacarro is affiliated with the restaurant or shop or whatever the case he is working in front of.   The guachiman has no legal responsibility to your for caring for your vehicle in the event it is damage, gets a parking ticket, towed or even stolen.

Last year, in San Jose, a total of 1,350 vehicles were reported stolen. That figures represents more than one half of all cars stolen int he country, 2,488.

According to the OIJ statisticts, the following are the seven hot spots where most stolen cars in the Greater Metropolitan Area  of San Jose (GAM):

QCOSTARICA - The Ruta 32, the major road that...
#Human Interest