One in five funerals ‘interrupted by ringing phones’

Mobile phones are making it increasingly difficult to rest in peace with almost a fifth of funerals interrupted by obtrusive ringing, according to research by The Co-operative Funeralcare. 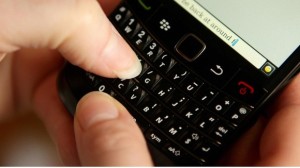 A survey of 2,000 people found that two in five people do not turn their phone off during a funeral service and a small percentage of mourners refuse to turn down the volume.

One in 16 people admitted to accidentally receiving a message on their phone during a funeral while one in six said they had seen others trying to frantically turn off a ringing phone.

Examples included the tune If You’re Happy And You Know It Clap Your Hands blaring as a coffin was lowered in South Wales and a vicar’s mobile ringing as he gave a eulogy in North Wales.

A separate survey of 170 funeral directors by The Co-operative Funeralcare found that almost a fifth of funerals had been interrupted by mobile phones.