One is the New Two in Latin America 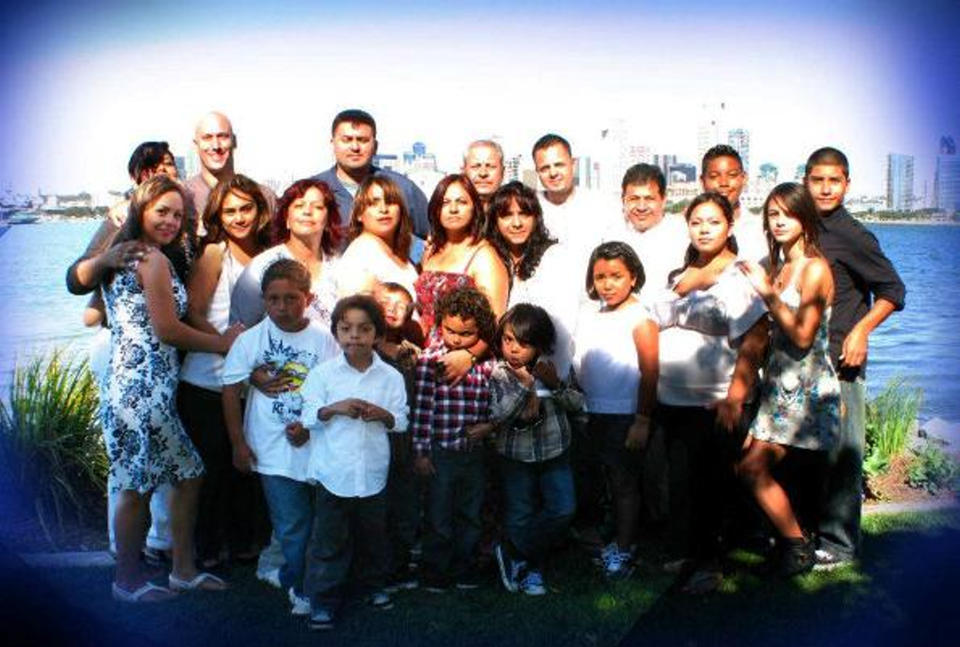 From the Expat Chronicles – In an unprecedented move for my publishing career, I announced my wife was pregnant on this blog before I told most of my family and friends, which is to say before I announced on Facebook.

The reason it remained a secret on Facebook was because wife was embarrassed and did not want to face her nosy family’s scrutiny.

Latin American families are changing. The giant families which could field a soccer team with subs and reunions which could make up a league are going the way of the dodo. And they haven’t just reduced the average number of children to two. Where I live, one is the new two. 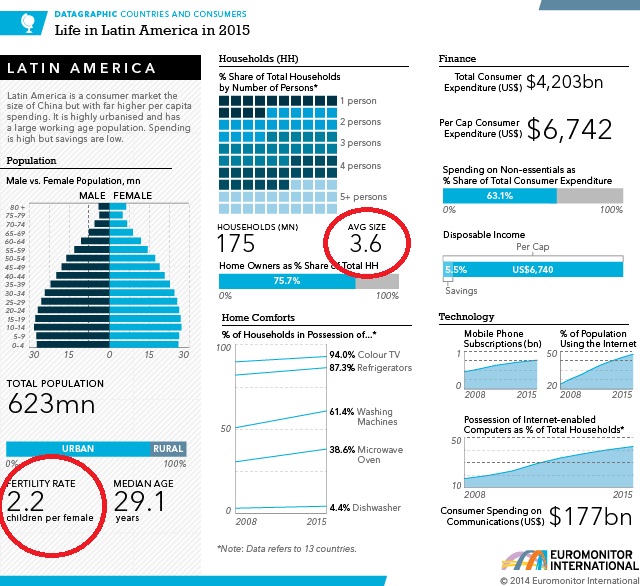 As parents know and soon-to-be parents inevitably learn, once you have children your friends become the parents of your children’s friends. So I have a decent sample size offering a look at the Peruvian middle class, and more of these families are stopping at one child than all the other families combine.

Almost everybody we know has only one. All of the boy’s schoolmates are only children. I have exactly one friend who recently had a second child.

The manager of my regular pharmacy likes to practice his English with me. Given the quantity of diapers in different sizes and baby medicines I buy, he knows I have two children already. So when I went in asking for a pregnancy test, he replied, “NO!”

That sums up the new Latin America. I’ve thought about this and I think it’s driven not only by economics, as the emerging middle class eyes cars, international vacations and all the trappings of first-world consumerism, but also the appearance of being upper-middle or upper-class. The rich families in the telenovelas don’t have six, eight or 10 children. They all have two at most.

In Peru, having a double-digit number of children is something for the uneducated Indian peasants. They have a saying here for: “No tienen televisor.” They don’t have a television. It’s said as a joke to explain how the couple chooses to pass the time, but you can see an economic implication in it too. Outside of Peru, substitute your local demographic with the highest rates of illiteracy.

I had read about this trend over the years but I can’t find one excellent article summing it all up. But here’s a Euromonitor report which says the average number of children per household in Latin America will reach just 1.0 in 2020, down from 2.3 in 1980. That’s the biggest drop in any region of the world. The report also states that the number of households with no children will see the highest growth of all family sizes.

I have seen a little of that. The couple chooses to wait when in their 20s to focus on their careers and a few years go by as they’re seeing the world, climbing ladders and doing all the things affluent, educated people are supposed to do in their cities. And all of a sudden the woman is 35. Maybe they planned it that way, maybe they didn’t.

This new trend is in stark contrast to traditional Latin American families, known in Gringolandia for being large. A Creole Spaniard colonist in Peru or white elite from the mid-20th century with just one child would be an embarrassment. The guy would be seen as impotent.

Throughout Latin American history the size of your family was a sign of your virility. It is a way to honor your family name and the Church. In the colonial era men of status were expected to produce at least one son or daughter for the seminary or the convent. A man with just one child must be gay.

Wife’s grandfather had one of her city’s historic surnames and he was a bit of a somebody in town. He had 12 children, which combined with the few houses he owned in the city would certainly have made him a Don Potencio. But partitioning those houses between 12, as you may imagine, can dilute the family wealth. Suffice to say I pick up the tabs.

So now you see why wife didn’t want her aunts and cousins to know she was pregnant again. I think that is why my in-laws are even more hell-bent on small families. After the first baby I started facing questions about birth control. After the second they wanted me to get a vasectomy.

This third pregnancy was a complete accident. We actually wanted to stop at two, but wife can’t start birth control until she’s finished breastfeeding, which we do for the baby’s first six months. She got knocked up four months after the daughter’s birth.

So now I’m thinking about the vasectomy. No basketball teams for me. We have a television.

- Advertisement -
Paying the bills
Previous articlePerspective
Next articleAlmost At The Finish Line!