Only 4.5 Hours to Make The Five-Hour Drive to San Jose Airport 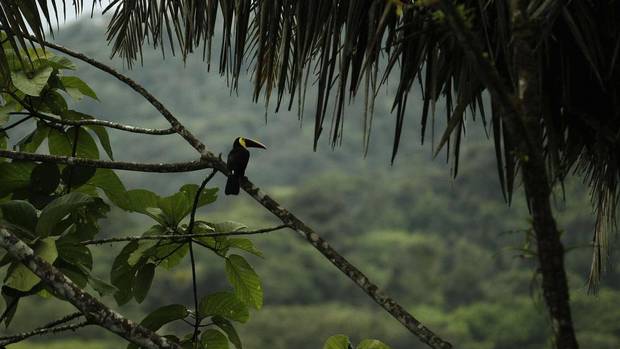 COSTA RICA TRAVEL (The Globe and Mail) – Only 4.5 hours to make the five-hour drive to the airport. Could we make it? Sometimes things don’t go as planned – and those moments often make for the best stories. Tripping columns offer readers a chance to share their wild adventures.

It was early and hot, but somehow all 11 of us made it to the rendezvous spot with our luggage on time. A week of eating and drinking on Costa Rica’s southern Caribbean beaches had proved to be surprisingly tiring, and with our university graduation looming in one month, it was time to get back to Montreal.

We had exactly 41/2 hours to get from Puerto Viejo to San Jose – a five hour drive – in time for our flights. And our transportation was late. Thirty minutes of agony passed by, and then an hour, and finally our shuttle rumbled into the dusty parking lot. A smiling Rastafarian emerged from behind the steering wheel, extended his hand, and introduced himself as Junior, a name that belied his gargantuan size.

Everyone scrambled to assemble bodies and suitcases in the incense-infused van with us, the two shortest, squeezed into the front seat. Instead of apologizing for his tardiness, Junior methodically rolled a joint. He took his sweet time with the ritual, amplifying our travel anxiety and making us question our safety. More minutes passed, until, with 11 pairs of anxious eyes on him, Junior finally started the engine and swerved out of the parking lot, lit joint dangling over the steering wheel. Desperate to get to the airport, no one said a word.

We were on the move, but (despite his encouragement) no one wanted to sing along with Junior to the Bob Marley tunes he was blasting from the stereo. (Although to pass the hours we did flip through his old issues of High Times.)

The sun beat down through the open windows, reminding us it was almost noon. With less than three hours to catch our flight, our van fell into a lull, everyone quietly devising their own theories about whether we would actually make it home – when the unthinkable happened.

A nine-metre tree plunged down from the jungle in front of us. Not only were we late, but now a giant log stood between us and the airport. We watched wrenched power lines shoot electrical sparks like a rouge firecracker and worried more about getting out alive than getting out of the country.

Junior, however, seemed unperturbed. He quietly leaned over our legs and sifted around the floor under the glove compartment, searching for something. “I can’t find my knife,” he explained to no one in particular.

He resurfaced from the car-floor debris with a machete: Our stoned driver now brandished a foot-long knife. Still delirious with relief that we hadn’t been crushed by falling timber, we were too stunned to react.

Knife in hand, he lumbered toward the tree. Then several other men suddenly appeared out of the jungle – literally – with knives and chainsaws. We all felt completely useless and watched from the van in shock. But our perceived-crisis evaporated in about five minutes as Junior and his associates sliced up that tree like a cooked carrot.

The road now clear, Junior returned to the van where we sat in reverential silence as he started the engine. For the rest of the ride, the entire car sang along to Sean Paul with our unlikely hero.

Incredibly, we arrived with time to kill before the flight.

QCOSTARICA - After complaints raised by migrants because they...
Latin America