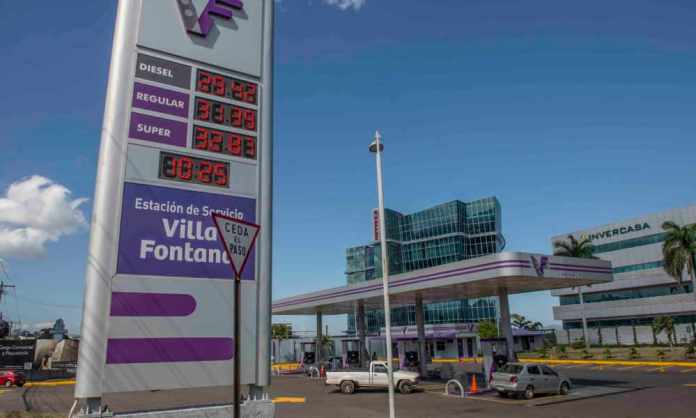 TODAY NICARAGUA (EFE) Opposition organizations in Nicaragua launched this Wednesday a boycott of fuel purchases for automobiles and electricity consumption, with the aim of showing “resistance” to the government of President Daniel Ortega, whom they branded as a “dictatorship”, in the framework of the crisis that the country has lived since April 2018.

The opponents hope that every Wednesday the gas stations, especially those related to the Sandinistas and the Ortega family, will be less visited and that the energy distributors will see their profits reduced, to the extent that more Nicaraguans join the initiative.

“The boycott has two aspects: the first is not to buy fuel on Wednesdays, the other is not to consume energy at a certain time of the day or night. What is sought is to demonstrate resistance without exposing oneself to jail,” Hugo Jiménez, spokesman for the organization Nicaragüenses en el Mundo (NEEM) – Nicaraguans in the World, told EFE.

Nicaragua has been going through a political and social crisis since April 2018, when thousands of Nicaraguans took to the streets to protest controversial social security reforms, which later became a demand for the resignation of President Ortega because he responded with force.

The protests, described by the Executive as an attempted coup, left at least 355 dead, according to the Inter-American Commission on Human Rights (IACHR), although local organizations raise the figure to 684 and the Government recognizes 200.

The promoters of the boycott, a group made up of dozens of opposition organizations brought together in the so-called “Space for dialogue and confluence of Nicaraguan actors,” pointed out that the objective is not to suddenly empty the gas stations or keep the houses dark, but rather to show rejection of Ortega through the decrease in profits from these products.

“You are not going to overthrow the dictatorship, but you are going to scratch something from the mafia that controls fuel and energy in the country, you are going to tell them that you are in resistance, like on November 7 (general election day) that the people closed their doors to him. This is another effort,” Jiménez said.

“For security reasons, we agreed that it should be every Wednesday, not just one, and that people turn off the light in their houses when they can, because if we did everything in sync there would always be someone watching you, and we don’t want the list of political prisoners to continue growing,” explained the spokesman.

Another way to keep the protesters safe is that the boycott call was made by organizations of the diaspora and of Nicaraguans in exile, such as NEEM, to prevent the responsibility from falling on the opponents who remain in the country.

The crisis in Nicaragua worsened after the controversial general elections on November 7, in which Ortega was re-elected for a fifth term (fourth consecutive) and second along with his wife, Rosario Murillo, as vice president, with his main contenders in prison.

- Advertisement -
Paying the bills
Previous articleHouseholds buy less, pay more and eliminate products due to high inflation
Next articleCaja declares an institutional state of emergency due to hacks

QCOSTARICA - The administration of the Legislative Assembly promoted...
Infrastructure